Page 164 of The Trump Presidency
this thread has been closed

Quote:
Breaking: "Armed protests are being planned at all 50 state capitols from 16 January through at least 20 January, and at the US Capitol from 17 January through 20 January," according to an FBI bulletin obtained by ABC News.

Fingers crossed that they will clamp down on them all...

30 years old, unemployed, lives with his mum and sulking because they won't feed him organic.
This is their revolution. 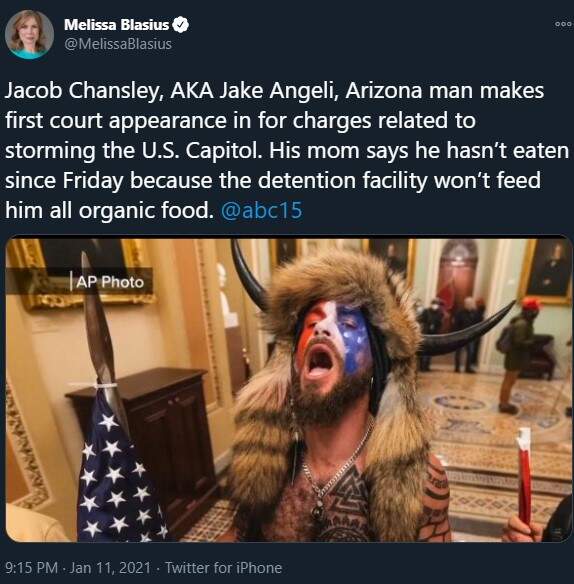 Pence didn't manage to get his testicles out of mother's purse and declined the 25th, so now it goes to impeachment. 67 votes are needed, 50 guaranteed from the Dems and at least 20 GOPers have stated they will vote for impeachment.

It may not come to fruition until after Joe's inaugurated, but should the impeachment succeed, they'll pop a bill in there to prevent the wannabe dictator ever running for office again.

Quote:
Pete-MK says...
"It may not come to fruition until after Joe's inaugurated, but should the impeachment succeed, they'll pop a bill in there to prevent the wannabe dictator ever running for office again."
This might be Pence being smart. I think if you are removed with the 25th, you can run again, but if you are impeached and that passes in the senate, you can't?

I think a lot would hinge on the mountains of pending litigation that awaits him come the 21st.

Of course, Pence's refusal could also have something to do with all the realistic & tenable threats to his life that have transpired of late, should he have put the sole responsibility of Trump's removal on his own shoulders. If it goes to impeachment, the blame is spread.

One thing that's for sure, the cult of Trump needs to be eradicated in short order. When elected politicians can't trust not only the electorate, but also those who are supposed to be employed to protect them, they might as be trying to govern a failed state.

Just read something pertinent. While the impeachment needs a 2/3rd majority to pass, any other resolution, including one that would bar Trump from holding any official position in the future only needs a simple majority.

And since Trump himself sowed mistrust in the electoral system in Georgia, the Dems gained the 2 seats needed to split the Senate straight down the middle, with VP Harris holding the decided vote in the advent of a split decision, AFTER she's be inaugurated on the 20th.

This is going to make an amazing movie one day.

I wonder if Trump might go bankrupt, the number of companies and organisations pulling contracts. If his rumoured finances are as bad as the rumours say they are, this might really hurt him.

He was never a self-made billionaire, all his wealth came from his KKK-supporting daddy, which he managed to increase slightly by conning everyone he came into contact with. The reason he's never released his tax returns is probably because there's either evidence of illegal deals, or nothing on there at all and he wants to maintain his now-shattered image.

Also, this is the National Guard sleeping on the floor of the Capitol. This is Normal.

Quote:
Pete-MK says...
"This is going to make an amazing movie one day."
Well, any future reboot of White House Down is going to be completely pathetic if they base it on the 'insurrection' of the Capitol...

Quote:
Si Wooldridge says...
"Well, any future reboot of White House Down is going to be completely pathetic if they base it on the 'insurrection' of the Capitol..."
I think Chris Morris would be a good writer/director for this.