Review
Review for The Fugitive

About this user: This user has chosen not to submit a description :(

Quote:
Robee J Shepherd says...
"Interestingly, the Tories just lost the council on the Isle of Wight. Before I moved here I think the island would swing between Lib Dems and Conservative, until 2001 when it voted in the most backward Tory MP you can imagine, election after election."
The same has happened across the North, but replace the incumbent with Labour and the replacement with Conservative.

Here's something interesting considering the last year we've had: 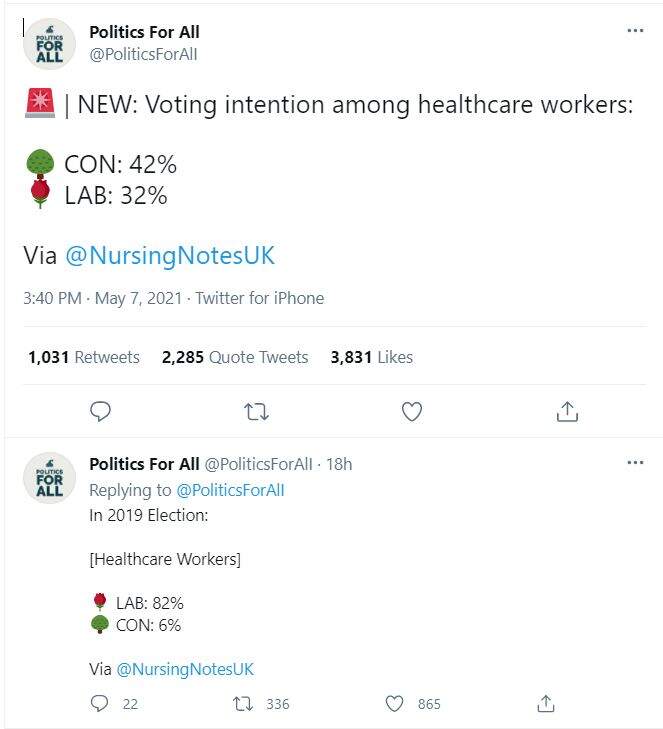 I actually agree with a lot of what you say, although I'm unsurprisingly a tad more optimistic than you re. Brexit...

Quote:
Jitendar Canth says...
"I didn't say anything about being duped, although I couldn't think of a trite cliche that reflects people actively seeking and colluding in a comfortable lie that confirms their biases in the face of a complete absence of opposition, that would challenge that lie with incontrovertible facts that demand to be addressed.

So I went with turkeys and christmas. It's the kind of soundbite that resonates on Twitter after all.

EDIT: And it's not just the UK, it's the entire human race."
I agree, it wasn't a dig at you either (I just picked your quote to illustrate the point I wanted to make), but I've seen a lot of this from Labour supporters on social media today. 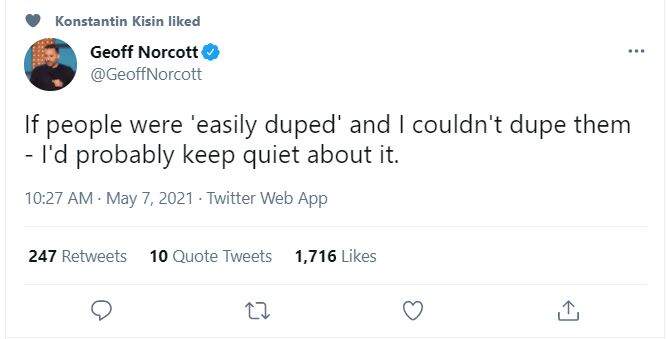 There is a real discussion to be had about what has just happened, but dismissing voter concerns because they don't think the same way as you about one party doesn't help.

I had the same problem in 1997 on the eve of the GE where Blair won an absolute landslide, no one cared (and why should they?).

The problem now is three-fold:

1.  The Labour Party will decide that voters moving right mean that they need to go further left to attract them back.
2.  The Conservative Party will think everything is fine and they don't need to change a thing.
3.  The Lib Dems - who?

Quote:
Robee J Shepherd says...
"some of them even came back again and resigned a second time, but it was still happening. "
And there's your answer...

Just to make it clear as well, I'm not a huge fan of a lot of this current government but I can't see any alternative coming anywhere near them.  Labour have "gone woke and gone broke", so who else is there?

I see the left are having a bit of a pop at Starmer today, I'd rather just leave this here:

Sums it up quite nicely, I think, as not only is it true but it's unlikely to change any time soon.

Quote:
Robee J Shepherd says...
"I think The Expanse also has a little Babylon 5 vibe to it too."
It does, it is pretty epic in scale and I can't think of anything better for a sci-fi fix at the moment...

Quote:
Robee J Shepherd says...
"When did so many people find that ok? Why do people find that ok? How is any of this ok?"
My suspicion is that this became much more acceptable post-1997 and the F1 tobacco advertising exemption and Peter Mandelson's mortgage application.

I'm sure there were scandals prior to this where minister's didn't resign but it became much more 'normal' under New Labour.

I'm sure we'll disagree on this, but that's my view...

Quote:
Jitendar Canth says...
"Impartial as ever."
Think he may be disappointed to a degree tomorrow...

Only really liked a handful of Prince singles and albums, but I always recognised just how talented a multi-instrumentalist he was.  I would agree that he rarely gets wider recognition of this though...

Seems Michael C Hall has a new career in a synth band...

Quote:
Robee J Shepherd says...
"I mean it's nice to dream isn't it?"
There are advantages to having the creator of Spotify run your club, based on Spotify royalties you'd save a fortune on appearance and win fees (you may be saving on the latter already)...

Quote:
Jitendar Canth says...
"Would you trust Carrie Symonds to choose your fixtures and fittings?"
I wouldn't trust her to draw my curtains...

RE: Masters Of The Air (AppleTV+)

The Pacific is rather good but a slightly different kind of beast from Band of Brothers.

May well have to get myself a free trial of Apple TV once this has run so I can watch this and Greyhound as the latter is taking its time to release on other platforms...

I love 80's stuff, I grew up in it but not sure on the lyrics what track that might be...

It's deffo not this?

Quote:
mafks says...
"the only spam is yours!! and some others too.if you cant help me, dont bother answer!!"
My apologies, I wasn't sure what to make of your dual initial posts and happy to admit I was wrong. 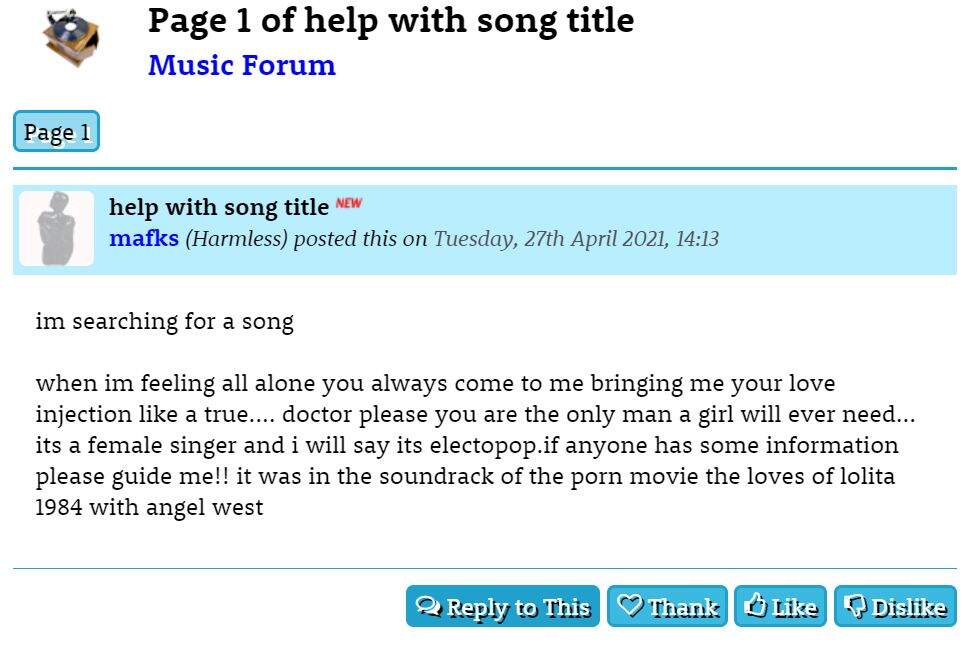 Is this a new way of spreading spam in forums?

Quote:
Snaps says...
"Even though Kroenke junior has stated that any fine will be paid by KSE and not the club I'm not dumb enough to think it won't eventually be paid by Arsenal in some way in the future."
Which MotD clearly are as they didn't mention that aspect of it at all.

Personally I think we're too far gone to punish anyone, even though clubs have been punished over the years for going into administration or whatever it was that happened to Rangers.

Even FPP has proven completely toothless.  And I fully agree re FIFA and UEFA.

So there are rules for some but not others...

Even MotD backing away from any sort of punishment bar a big fine...

Just here to say that Leno fully deserved his MoM award for a stunning goal...oh...

ESL lasted longer than the outrage over it... 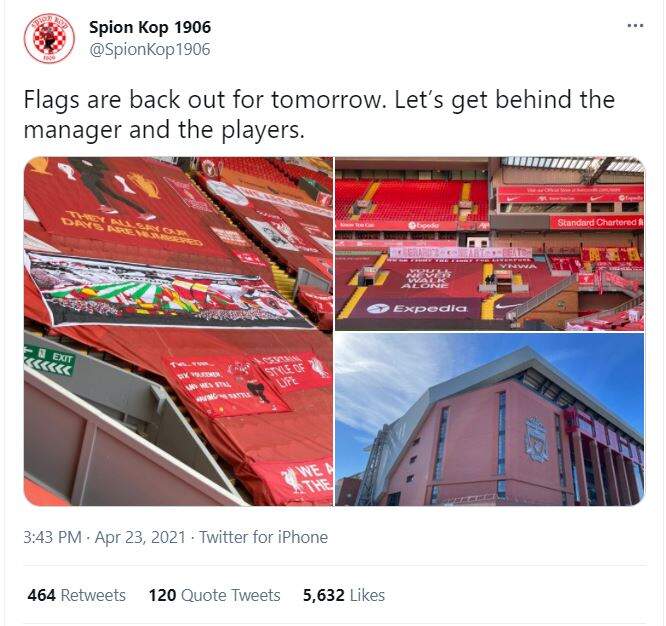 RE: Remember the £2.6 million the Govt spent on that Briefing Room...

Ouch.  On the plus side, it now puts all those people who hate Cummings in the awkward position of potentially having to agree with him and defend him if they hate Boris more...

Currently playing Control on PC, despite having bought it on PS4 like H:ZD, RDR2 and the next likely purchase of Days Gone...

Quote:
Robee J Shepherd says...
"We need to see it in full context first."
The above is not full context as we don't know what happened before the police arrived, but I suspect that this will be classed as justified...

I know that not many fans of Officer Tatum here, but this is a good video that explains the context.  When I saw the first minute or so, I was firmly of the opinion that there was no justification for the shooting, but...

Quote:
Brooky says...
"Are you talked ng about the girl from Columbus?"
No, not yet as we don't have enough information on that...