last post by bandicoot
So... what are you playing just now?

Review
Review for One Piece Collection 23

Review
Review for The Taste Of Tea

Review
Review for The Other Boleyn Girl

Review
Review for Weathering With You

Review
Review for Is It Wrong To Try To Pick Up Girls In A Dungeon? Arrow Of The Orion

Info and forum posts by 'Pete-MK'

Think this is a clip from Blackadder: The whole rotten saga which was on one of the Dave/Gold channels years ago.

Found it. It's a good watch

Joe I can cope with. Dore's a cheeseball conspiracy nut so maybe not.

Couple of ropey moments to start with, but it settles in

I prefer to refer to independent fact-checking sources before going in blind.

I disagree with the views of plenty of people, from all ends of the political spectrum. It's just that you have a tendency to post quotes, opinions & videos from the staunchly right-wing ones. 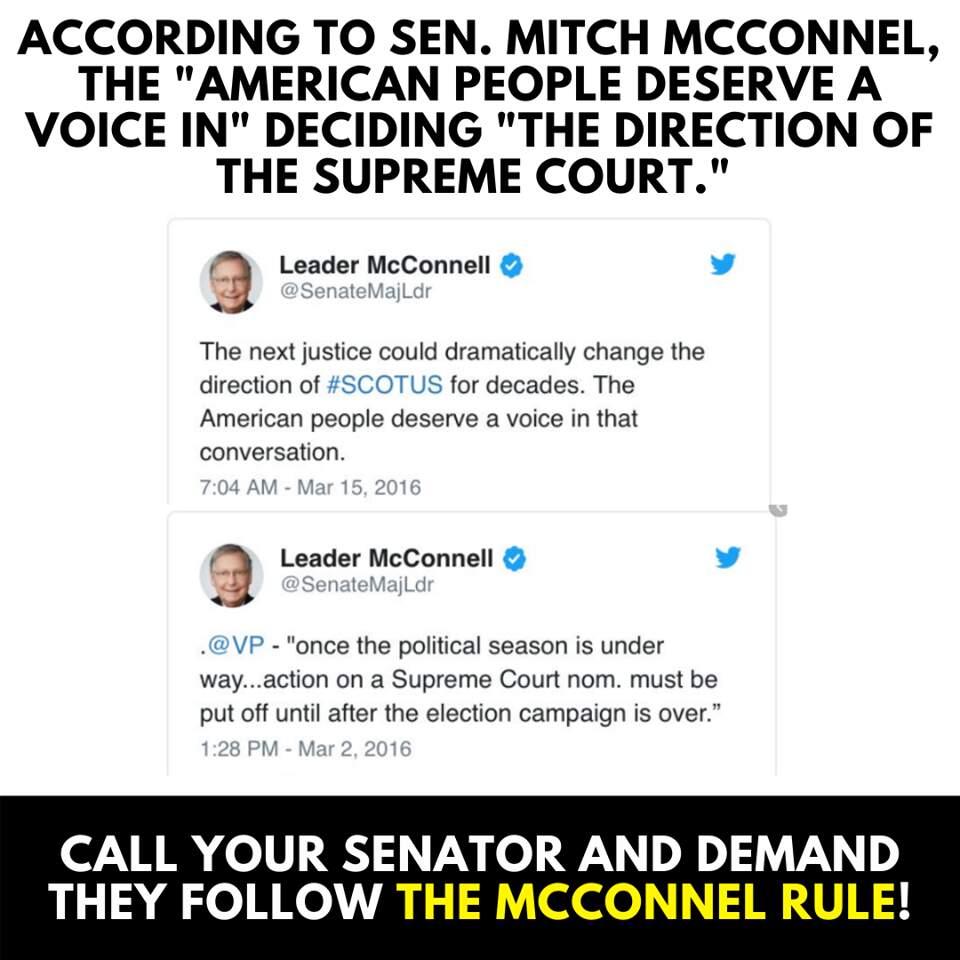 
And yeat, Tim Pool's a tool

Every debate's got to have a chairman, if only to stop 2 old men shouting at each other for 4 hours.

Quote:
Si Wooldridge says...
"So presumably you have someone in mind...going to be a short list as most people in the media have been dumping on Trump since 2016"
Nope, for the very reason you suggest. The issue is they'd want a well-known face chairing the debate, but anyone with a public profile would probably have already spouted off their opinion one way or another since 2016

I'd just prepare a list of common lies that Trump's been peddling recently, then just rebut every comment with "The President is lying, and here's why..". Might get a bit repetitive.

In all honesty, I can just see Trump interrupting & shouting over everyone before walking out before the end of the first hour.

Quote:
Si Wooldridge says...
"So who is your idea of a neutral host then?"

Someone who has no registered political affiliation, and who also has not publicly criticised one of the prospective candidates would be a good start.

Given that he continually lied during his recent town hall, and tried to blame Biden (a private citizen) for not implementing a nationwide mask mandate, when it was his job to do so, it should be interesting indeed especilly looking at this from his Wiki

Quote:
Rogan is not affiliated with any political party, but has been described as mostly having libertarian views.[82] He has described himself as being "pretty liberal" and supports gay marriage, gay rights, women's rights, recreational drug use, universal healthcare, and universal basic income, while also supporting the Second Amendment.[84][85] He has also criticized American foreign policy of military adventurism.[86]

Quote:
After Sanders dropped out of the race, Rogan said he would "rather vote for Trump than Biden" adding that “I don’t think [Biden] can handle anything." He claimed that he was concerned that Biden, who will turn 78 shortly after Election Day, lacked the cognitive ability needed to run the United States and would not be able to handle the pressure of the presidency. Rogan criticized Biden for his speech impediment (notably, Biden's stutter), which he described as "not a normal way to communicate, unless you're high".[97] Rogan has stated "Biden, to me, is like having a flashlight with a dying battery and going for a long hike in the woods, It is not going to work out. It's not going to make it."[98] Donald Trump subsequently retweeted Rogan's attack on Biden's mental fitness
So yeah, while being Libertarian and open-minded, a fair and even-minded debate chair he won't be.

I've managed to get my hands on a copy of the original movie, and I won't lie, it's hard going. It looks amazing, but the pacing is so slow I'm finding myself switching off and watching something else instead.

Quote:
Si Wooldridge says...
"This looks good, at least, but some of those gathering army scenes remind me of the Star Wars prequels"
You could say the same of any 'modern' adaptation that the producers' feel needs a dramatic last act. Bloody Alice in Wonderland & Jack the Giant Slayer had massive battles as a finale.

never read the book(s), never saw the film. This trailer makes me interested in visiting both.

Quote:
Si Wooldridge says...
"not as silly as Obama winning simply for being elected..."
Quote:
Jagland said "We have not given the prize for what may happen in the future. We are awarding Obama for what he has done in the past year. And we are hoping this may contribute a little bit for what he is trying to do," noting that he hoped the award would assist Obama's foreign policy efforts. Jagland said the committee was influenced by a speech Obama gave about Islam in Cairo in June 2009, the president's efforts to prevent nuclear proliferation and climate change, and Obama's support for using established international bodies such as the United Nations to pursue foreign policy goals.[11] The New York Times reported that Jagland shrugged off the question of whether "the committee feared being labeled naïve for accepting a young politician's promises at face value", stating that "no one could deny that 'the international climate' had suddenly improved, and that Mr. Obama was the main reason... We want to embrace the message that he stands for.
Doesn't sound silly at all, but claiming it was awarded 'just because he was elected' is straight from a Fox News' teleprompter.

Trump knew in late Jan/Early feb that Cororavirus was deadlier than the most strenuous strain of the flu. Despite this, he continued to downplay the facts to the American public, by dismissing it off-hand, lulling his brainwashed supporters into a false sense of security, instilling in them a sense that Covid-19 was a hoax, nothing to be worried about, and being forced to wear a mask was an infingement of civil liberties.

This, and confirmation of the 'losers' & 'suckers' comments coming from all quarters. Only a moron could support him now, not that only morons supported him before.

I've been summarily banned from getting the Diagon Alley set. Partly due to the cost, but mainly as there's nowhere to put it. Bugger's a metre long and the display shelf is looking pretty full. 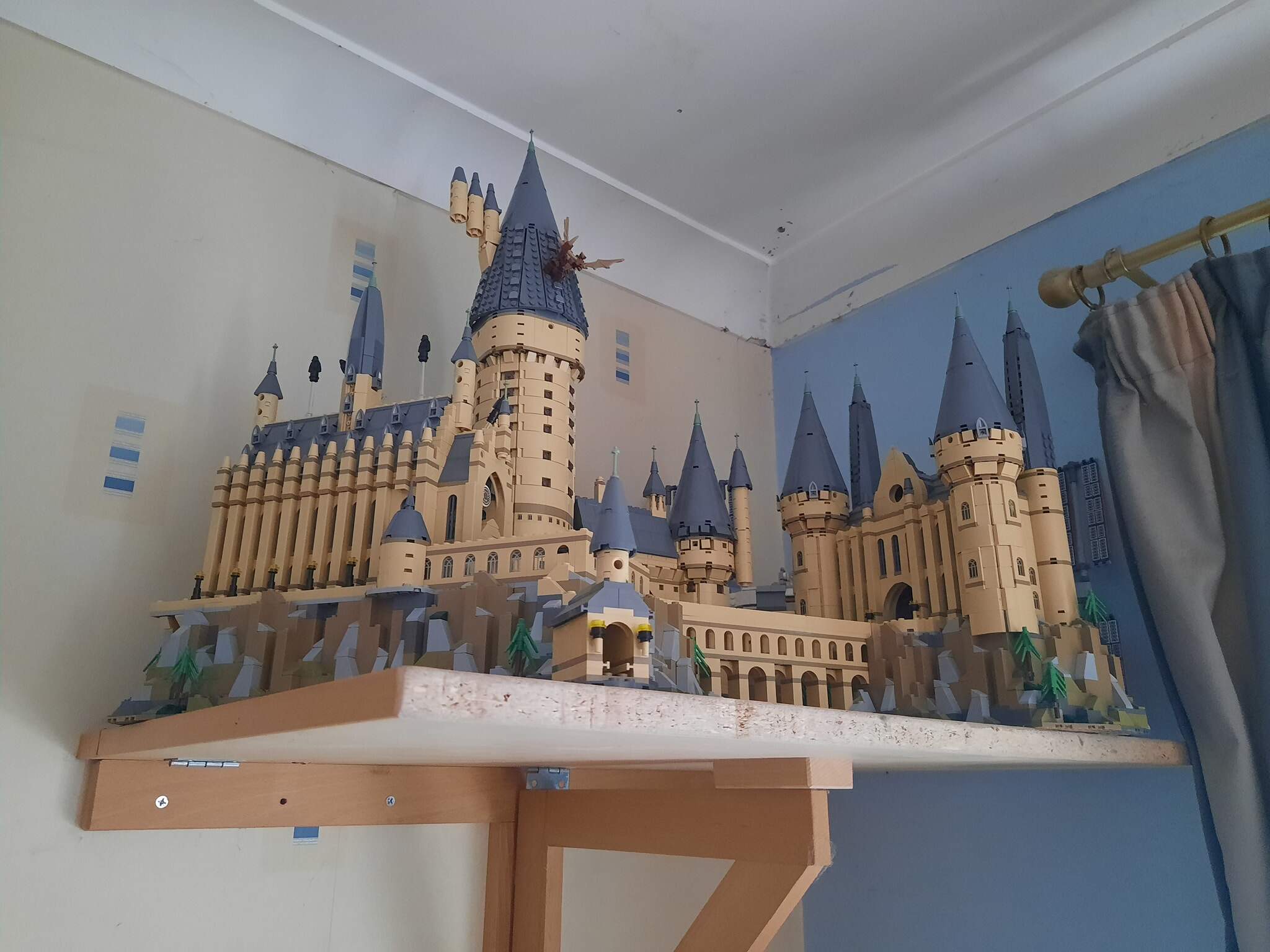 Quote:
Si Wooldridge says...
"Actually it would be to stop electing Democrat Mayors who actively encourage the rioting whilst ordering the police not to engage until such time as their own homes as affected, but hey...
"
Bunkum unless concrete evidence shown.

Quote:
Si Wooldridge says...
"my understanding is that Trump can only stop rioting in the cities if the Mayors and Governors invite him in."
That's completely irrelevent to what I was talking about. Trump and his campaign are shouting from the rooftops that the CURRENT state of the US under Trump is what the US would be like under Biden, and the only way to stop the fantastical version of the US under Biden (which currently doesn't exist) is to re-elect the person under whose watch the US is currently burning.

I'm afraid I disagree. It was nice enough. Nice to see the chatacters back, but it was lacking so much of what made the first two films so great that it ended up coming across as a couple of tired old actors desperately trying to reclaim old glories. I know that's not the case, Keanu is a legend & Alex is well established behind the camera.

It just came across as forced & kinda pointless. It's been way too long for a third installment, the cameos are akin to a Kevin Smith bowel movement, and the ending was abrupt and felt non-consequential.

But on the plus side, Schall's still cute, the girls were great, the 'twist' was well constructed (with its genesis being wrought from the end of Bogus Journey), and it was competently made.


But overall, less than the sum of its parts. Again, it's probably one of those movies I'll appreciate over time despite not liking it initially (Frozen, Ready Player One), but at the moment, I wasn't impressed.

But... here's an hour of my favourite youtube guys discussing the previous two movies.

Quote:
Si Wooldridge says...
"This is interesting"
Not really. It's just another example of this pathetic man attempting to lay seeds of doubt in the minds of his deranged fans (and at this point, there's really no other way to describe them) about Biden's mental faculties.

But widespread memes coming out of the RNC (Held on federal taxpayer-owned property - illegal by US Law) just show further how far the Republican party has fallen since they've mollycoddled Trump since day one, and the sheer, mind-blowing hypocrisy they've displayed for the last 4 years.

Accusing Biden of nepotism when half the speakers on the final night were  Trump family members.

Showing footage of rioting on the streets with the caption - 'This is what America would be like under Biden' - when the footage is of America under Trump.

The phrase 'If Obama had done it...' is being used on a daily basis now, and it's never been truer.

Woke up to this news this morning, first though bleary eyes, not understanding why my Insta feed was full of pictures of Chadwick & #Wakandaforever was trending. Then the realisation hit me in the same way Alan Rickman's passing did. To be honest, before Black Panther I'd never heard of Mr Boseman,  but everything I've heard about him since makes me regret that.

Too young, and too talented to have gone too soon.

Quote:
Si Wooldridge says...
"I wonder how widespread this really is..."
Hopefully that kind of mindless mindset is a rarity. Just listening for the word 'god' without actually looking at the godless actions of the president & its administration over the last 4 years is the motivation of the virtually insane.

Never really got on with the Hitman series, the first game being rather frustrating for someone used to playing Doom-clones at the time. Had a couple of hours on this earlier and the nostalgia was strong. Probably stick with it until GTA does something interesting.

Going to need to see that more than thrice.

RE: Putin completely innocent of poisoning another opponent

Nothing to see here, Comrade