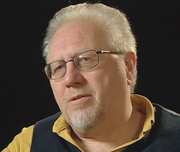 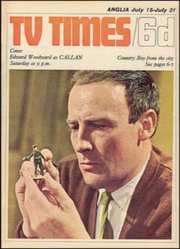 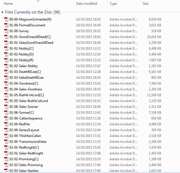 DVD
Soldier and Me - The Complete Series
Related Articles 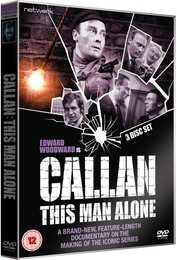 Synopsis:
This 3-disc DVD set includes a brand-new, feature-length documentary, improved transfers of two previously released episodes, the complete recording block for the episode The Worst Soldier I Ever Saw and The Edward Woodward Hour - a Thames TV light entertainment special starring Edward Woodward, previously unreleased on DVD in the UK.Available to pre-buy now exclusively from networkonair.com for £25 ahead of its release 30 November 2015 when the price will revert to £30.Nearly ten years in the making, This Man Alone is a brand-new feature-length documentary on one of television's highest-rated series. Featuring a remarkable central performance by Edward Woodward, Callan grew from a cult favourite into one of Britain's favourite shows, and this documentary tells the story of its creation and development, its success on television and extended life in film and books.Narrated by Peter Woodward, This Man Alone features contributions from Peter Mitchell, Reginald Collin, Mike Vardy, James Goddard, Piers Haggard, Patrick Mower, Trevor Preston and more.