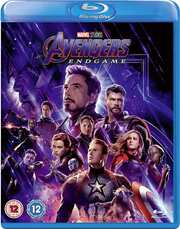 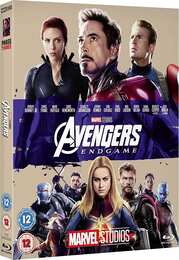 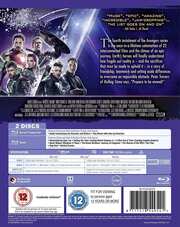 It’s all downhill from here! I have no basis for that statement, other than the obvious fact that the Marvel Cinematic Universe, over the course of some 22 films and several TV series spin-offs was building up to this 2-part movie extravaganza, of which Endgame is the 3-hour conclusion. 22 films and three phases, all leading to perhaps the biggest movie event in cinema history to date. How can what follows live up to that? That’s even though the so-called Multiverse saga will also encompass three phases of films, introducing new characters and new storylines, perhaps even integrating The X-Men into the MCU now that Disney own Fox. I may be borrowing trouble at this point, although the few Phase 4 movies I have reviewed thus far haven’t been without issues. But first, let’s deal with the biggest movie of all time (until the next one).

At the end of Avengers Infinity War, Thanos snapped half of the universe out of existence, and getting revenge after that fact, can only offer a Pyrrhic victory at best. But the surviving Avengers get some hope five years later when Scott Lang, a.k.a. Ant-Man returns from the Quantum Realm. The thing is that while five years passed in the universe, just five hours passed in the Quantum Realm, and the vagaries of quantum mechanics means that the Avengers finally have a plan to undo the damage that Thanos caused.

It involves time travel of course, but time travel is a double edged sword which the enemy can wield just as effectively.

Avengers Endgame gets a 2.39:1 widescreen 1080p transfer, with the choice between DTS-HD MA 7.1 Surround English, and Dolby Digital 2.0 Stereo English Audio Descriptive, with subtitles in English and Greek, although the subtitle options are a lot more plentiful on the bonus disc. The image is clear and sharp, and the colours are consistent, with the film, all 3 hours of it given a whole disc to breathe, presented with no visible signs of compression or the like. The action and effects come across well, although if you don’t like green-screen spectaculars, you might want to avoid the extra features. The audio is fine, nice and immersive, bombastic when the action demands, but keeping the dialogue clear for the most part, mumbly actors notwithstanding. The MCU is a pop-culture referencing behemoth at the best of times, and a time travel story offers more than one Back to the Future reference. Composer Alan Silvestri was a paragon of restraint!

You get two discs in a BD Amaray case, with one held on each inner face. The case comes wrapped in an o-card slipcover that repeats the sleeve art. Both discs boot to animated menus.

Here you can watch it with an optional spoiler warning prefaced introduction to the film from directors Joe and Anthony Russo, which lasts 2:33.

The rest of the extras are on disc 2, and there is a retrospective feel to the featurettes here.

Note that there are even more deleted scenes for Endgame posted on Youtube.

Endgame is certainly a worthy conclusion to this particular saga in the Marvel Cinematic Universe, begun some 12 years previously in Iron Man, back when Tony Stark’s first adventure in the powered suit ended with a postscript introducing Nick Fury and hinting at a much larger universe and a bigger story. It didn’t take long before that story started to expand, as more and more of the Infinity Stones were revealed as Maguffins in each new film, and the pieces of the larger puzzle were added. And 22 films later, that story concludes in Endgame with Thanos having achieved his goal with the Infinity Stones, and the surviving Avengers left to regain some hope in the depths of despair.

The film kicks off just after the end of Infinity War, with the Avengers all ready to go and, well, avenge their defeat. But that’s a red herring, and instead we jump forward five years, to learn just how the survivors have dealt with such a massive loss. It’s a mixed bag, with some turning dark, some turning to despair, some putting a brave face on it, some holding onto what little they have left, and some actually finding peace. When hope does finally appear, we once again have these characters pulling in different directions, but having to come together, to learn how to work as a team once more, if they have any hope of prevailing.

That hope comes through the idea of travelling back in time to save the future, which as mentioned allows for plenty of pop-culture references, and a direct comparison to Back to the Future 2, although in this case, it means revisiting the events of three of the MCU movies, albeit through different perspectives. So there is a bit of Avengers Assemble, a bit of Guardians of the Galaxy, and even some of the second Thor movie to re-experience.

The film certainly doesn’t outstay its welcome, even with a 3 hour runtime, and for a change, no post-credits sting either. I wouldn’t call it a disappointment, rather an observation, but it turns out that 3 hours isn’t actually enough, especially if you were invested in characters like The Guardians, Spider-man, and Doctor Strange, who all played a larger part in Avengers Infinity War. Endgame on the other hand goes full circle, right back to the Avengers Assemble, and focuses on that core group of Tony Stark, Captain America, Black Widow, Hulk, Thor and Hawkeye. And they have more than enough story, and significant emotional arcs to fill the run time.

I might have thought that Captain Marvel might have takes more space, but really, she’s more of a narrative WMD, and that is the role she plays in the film (it’s notable that the Captain Marvel movie, where her character was “introduced” and fleshed out, was actually filmed after this. Scott Lang, a.k.a. Ant-Man has more of a prominent role, has something of an emotional beat, and serves as comic relief, even if he is the deus ex machina that puts the plot into motion.

Avengers Endgame does serve as a worthy conclusion to the story arc that was set into motion 12 years previously, and the main characters are very well served, especially Captain America and Iron Man. The story is well put together, and the action sequences more than satisfy, even towards the conclusion where we get the usual, mass CGI armies colliding on screen. The Blu-ray release devotes one disc to the film, which gives it the room it needs to be presented at its best, although the extras are a little sparse to warrant that second disc.