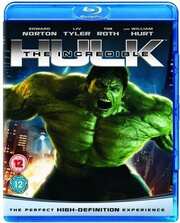 Review for The Incredible Hulk

If there is one misstep in the Marvel Cinematic Universe, it’s The Incredible Hulk. It’s just not memorable. I’m not quite certain why that would be; it’s certainly not because it’s a bad film. In some ways it’s an outlier, made by Universal, who had the rights to Hulk at that point, but then again Sony still hold the rights to Spider-man. It might be because it’s a hasty reboot of the character after Ang Lee’s Hulk just five years previously, but then again no-one gets rebooted more often than Batman, and the aforementioned Spider-man. It could be down to the fact that the character was recast, straight away following this movie, and that Edward Norton isn’t a patch on Mark Ruffalo, or it could just be that of the MCU Phase 1 movies, everyone but Hulk got a franchise, with Iron Man and Captain America getting trilogies, and Thor getting his fourth movie this year. Poor Hulk has to make do with just one.

Bruce Banner was a respected scientist, but still a scientist that decided to experiment on himself with gamma radiation. A monster was born that day, and Banner became a fugitive from the US military that were behind the research. The Hulk has been vilified as a monster, leaving a trail of carnage, but the truth is that General Ross just wants the secret behind super-soldiers back.

It’s been five months since the last Hulk sighting. Bruce Banner is hiding in the favelas of Brazil, working in a soft drinks factory by day, trying to find a cure for his condition by night, with only the mysterious ‘Mr Blue’ at the other end of an Internet connection to help. But an accident puts him on the military’s radar once more, and Ross sends in a crack team to capture Banner, led by veteran mercenary Emil Blonsky. Banner barely escapes, but realises that his best chance at a cure lies in the original research, but that means running into his ex, Betty Ross (the general’s daughter) and putting her in harm’s way. Meanwhile, after his first encounter with the Hulk, Blonsky has seen the potential of a super-soldier, and he wants a dose of medicine too.

The Incredible Hulk gets a 2.35:1 widescreen 1080p transfer on this disc with the choice of DTS-HD MA 5.1 Surround and DD 2.0 Stereo English, and DTS 5.1 Surround Italian, with subtitles in English, Italian, Danish, Dutch, Finnish, Korean, Norwegian, Portuguese, Swedish, and Mandarin. The image is clear and sharp, with excellent detail. This being a film from 2008, you won’t be shocked at the orange and teal, although the teal heads more into the green territory, appropriately enough. The surround is immersive and effective, plenty of monster level LFE, and the action and music come across well, while leaving the dialogue clear and centred.

You get 1 disc in a BD Amaray style case, and I was lucky enough (or too few people buy this movie) to get the o-card slipcover from the 2018 re-release. The disc boots to the stock Universal animated menu. On the disc you’ll find the following extras.

The U-Control feature pops up again, with plenty of option during the film, including picture in picture, Thunderbolt Files, Scene Explore, Comic Book Gallery, and Animated Comic. There is also a BD Live link, although the servers are probably shut down at this juncture.

The Incredible Hulk turned out to be quite a decent comic book movie, although I can see why it’s not a long running franchise. It’s a very simple premise at its heart, scientist on the run, who turns into a mindless monster when enraged. The Bill Bixby TV series found its mojo in following The Fugitive template, with Banner showing up in a new location each week, and solving someone’s problem, turning green once or twice in the process. The two feature films so far have the same fugitive Banner thought, but both wind up with a Hulk vs. Hulk-alike battle as a conclusion. While Banner might be a character with depth, it pretty much boils down to a narrative triangle between Banner, Betty Ross, and General Ross in both films, and when it comes to Hulk, he’s not exactly a deep thinker.

The Incredible Hulk also had the problem of Ang Lee’s Hulk to overcome, which didn’t quite hit the target five years previously. It had quite the job to erase the sour aftertaste of that film, and the MCU attempt succeeded by going even further back into the past, and playing off the nostalgia for the Bill Bixby series. The Stan Lee and Lou Ferrigno cameos can be taken as expected at this point, but the film even offers a little Bill Bixby cameo as well. It also evokes the TV series in its music score, and its imagery. The Hulk’s origin story plays out under the opening credits, and the experiment that goes wrong is reminiscent of the TV series opening as well. There are also one or two long shots of Banner walking away along a highway.

The film also makes the most of the heritage of its iconography, when you consider that The Hulk is basically a buff Frankenstein’s monster. The action in this film unfolds like a horror movie. We don’t see the monster at first, Banner first changes in the shadows, and we see the effects of his rampage long before we get a proper look at the Hulk. That sense of suspense plays out through the film, even after we see the goods and it does make for effective storytelling, even if it does make the odd moments of humour contrast starkly with the rest of the film, rather than feeling quite natural.

It’s fairly generic for a story, with the military mind crossing moral and ethical boundaries in search of better weapons or soldiers, and a man with a conscience trying to do the right thing under impossible circumstances. Naturally what complicates matters is that the General’s daughter is Banner’s love interest, and that, thankfully adds shades of grey to the otherwise ruthless general. While Banner is tortured by his powers, we see the flipside of that in Blonsky, who becomes a junkie in search of increasing super-soldier power ups; and eventually he loses control. In the end that is the journey that Banner goes on in this film, starting off as seeing the Hulk as a monster that he needs to control, or even eliminate, but finally, through his confrontation with the Abomination, realising that the Hulk is part of him, something that he can live with. That does set up the character for the rest of the MCU, and it does make it a bit of a shame that Mark Ruffalo couldn’t have been cast in the role right from the start, effective though Edward Norton is in the role.

Once again, a recent film gets a splendid presentation on Blu-ray, and this Universal release gets much more in the way of extra features compared to the other Phase 1 MCU discs I have seen to this point. The Incredible Hulk is a predictable and dare I say it, generic piece of entertainment, but it is entertaining nevertheless, and you have to appreciate just how much CGI improved over the space of five years between the two Hulk movies.