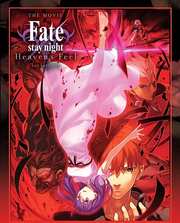 The Fate/Stay Night: Heaven’s Feel movies are taking their sweet time to come out. Thankfully we’re not in Evangelion Rebuild territory, but it has been over a year since MVM released the first film, and we’re now getting the second. Given the current slowdown/lockdown, and the paucity of review discs in my inbox, you might think that this would provide me with ample opportunity to revisit the first film before embarking on this review, but I’ve somehow contrived to keep my evenings full regardless. However, this is Fate/Stay Night, a story which is now on its third adaptation of the game routes, and all three stories begin in essentially the same way before they diverge. Most of what is different about Presage Flower happens in its third act, much of that involving Shiro Emiya’s contract with Saber being usurped. Given how many times I’ve seen the start of Fate Stay/Night, either in the original Deen anime or the Unlimited Bladeworks movie or series, I wasn’t as out of my depth as I thought I’d be when I put this disc in the player. 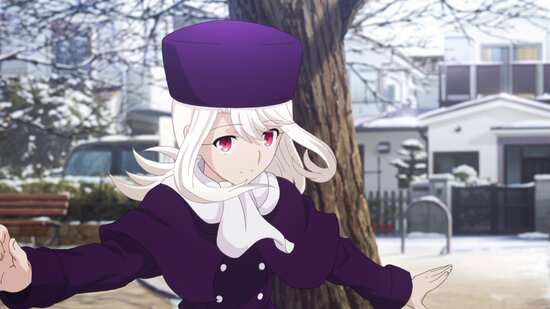 Ten years previously, a secret war over the possession of the Holy Grail raged between mages and the powerful servants they had summoned. It was a conflict that laid waste to Fuyuki City, and the sole survivor, Shirou was rescued by a mage and adopted as a son. Shirou Emiya has an instinctive rapport with machines, and can sense how things are supposed to fit together. Having inherited the Emiya estate, he now lives alone, and goes to high school in New Fuyuki, but his past has left a mark on him. His ambition is to help people, and become a champion of justice. He's unprepared for the havoc that is to come. New Fuyuki will be the battleground for a new Holy Grail War, as seven mages will draw forth their servants and clash. He's also unprepared for the fact that he will be one of the mages, and he's totally unready for summoning the most powerful servant of them all, a cute girl named Saber. 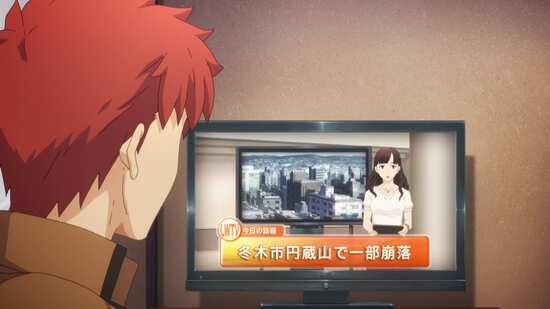 It was a nice dream while it lasted, but the manipulative Zouken Matou has taken control of Saber, effectively eliminating Shirou from the mage war. His friend Sakura Matou might have expected Shirou to retreat to safety, but he still has people to protect, people like Rin Tohsaka and Illyasviel von Einzbern, both still participating in the war for the Holy Grail, and more importantly Sakura herself, who harbours a secret about her connection to the Grail War. But more than that, there is a shadowy serial killer loose in the city, and Shinji receives a warning. If he pursues his course, he’ll learn who his true enemy is... 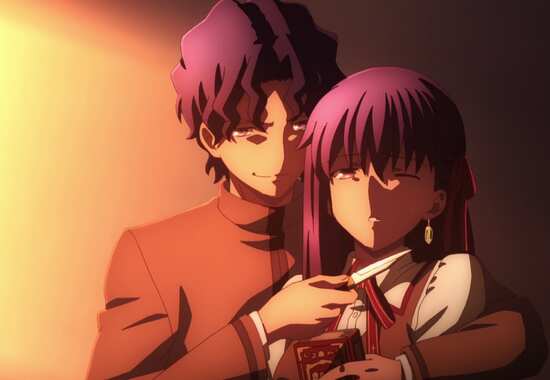 The Fate franchise fell to ufotable to produce, and in the West it fell to Aniplex US to distribute. Both these things indicate quality. The disc may come from MVM via Madman Entertainment’s localisation, but it all begins with Aniplex US, and Presage Flower’s 1.78:1 widescreen 1080p transfer is impeccable. The image is clear and sharp, colours are strong and consistent, and the animation is unmarked by compression, aliasing or even digital banding. It looks divine. This is brilliant, as ufotable have delivered their best Fate production yet, the familiar character designs are shown at their best, in world designs that simply ooze atmosphere, while the magical effects and action sequences are breathtaking. All you need are a few lens flares and you’d be convinced that this was a Makoto Shinkai film. 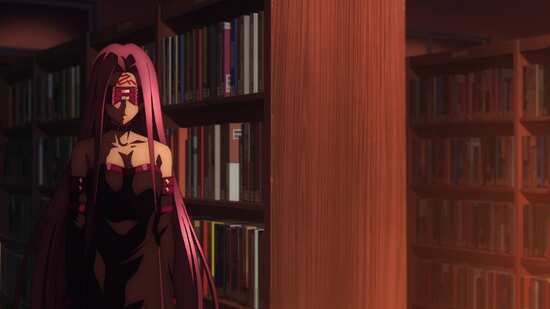 You have the choice between DTS-HD MA 5.1 English and Japanese with optional English subtitles and a signs only track. I was happy with the Japanese audio, and appreciated the action and the music, while the dialogue was clear throughout, the subtitles accurately timed and free of typos. Once again, this is a film that really drives the action well. The sound design in this film will leave a grin on your face. 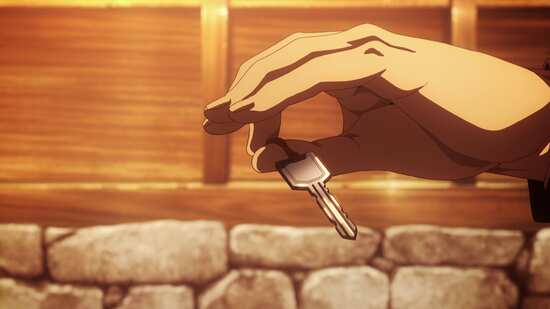 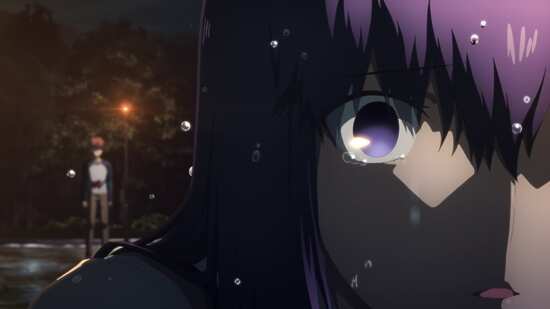 I know that Fate/Zero was created by ufotable as an original project, but it so neatly ties into the Heaven’s Feel movies as a prequel, that I’d say again that it is indispensable as a companion piece. As for this second film, I’m really getting into the story now, although a lot of that comes down to this being wholly original material. We’ve moved past that shared narrative that all three routes of the game have at the start of their respective stories. There was no chance of me being distracted by the clock, dulled by a sense of familiarity. Lost Butterfly is a gripping film from beginning to end. 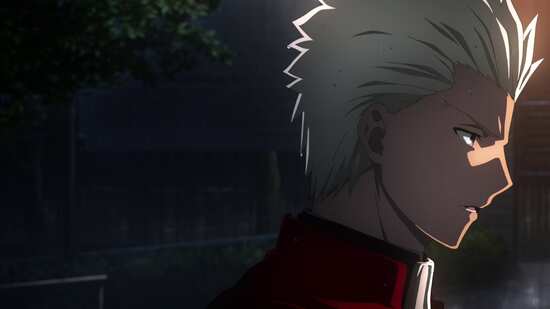 Despite having lost Saber, Shirou Emiya insists on staying involved in the Grail War, and initially, given his continuing friendship with Rin Tohsaka, and a burgeoning friendship with Illya (she thinks he’s harmless now that he’s no longer part of the game), he appears to have a positive effect. But his naivety is revealed once the situation intensifies, especially when he learns what has happened to Saber. It certainly seems at this point that every choice that he makes has more negative consequences than positive, and the level of attrition for both mages and their servants is perhaps the highest of any of the story versions. 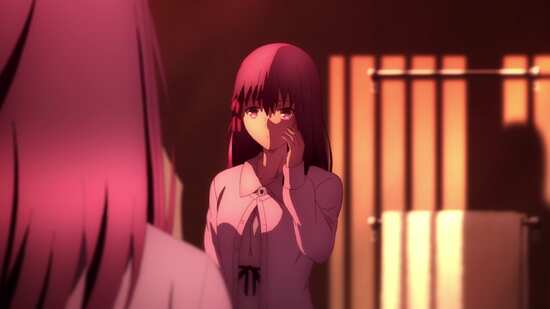 Of more interest is what is revealed of Sakura’s character here, her relationship to Rin Tohsaka, and what happened after she was adopted by the Matou family. That’s not much of a revelation if you’ve seen Fate/Zero, but the effect the abusive relationships with Zouken and her big brother Shinji has had on her is really explored in this film. It’s not pleasant to watch; her love for Shirou is obsessive to say the least, her personality is broken in a way that has lasting consequences in this film. The film also does a really good job of foreshadowing, but not telegraphing its big reveal. 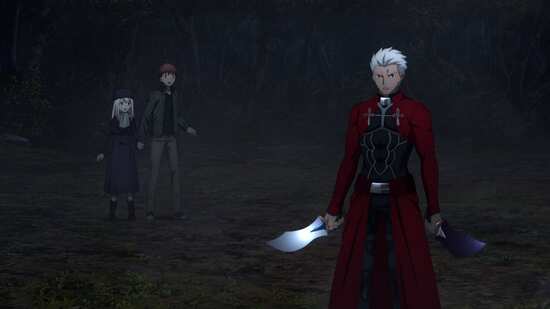 One thing worth noting about Lost Butterfly is that it doesn’t follow a conventional movie structure. Technically, all three Heaven’s Feel films will comprise one story when they are done, but by itself, Lost Butterfly is very clearly following on from the previous film. It builds up from the beginning, still focused on the Grail War, despite Shirou’s loss of Saber, but the film’s big action set piece comes at the midpoint of the runtime. It is a speaker destroying, visual explosion of an action climax, but that does still leave half the film. At this point, Lost Butterfly sort of shifts genre, becoming even more character focused, centred more on Sakura, as well as the mystery of the serial killer in the city. The dramatic crescendos at this point are based more on character than story, and are even more impactful emotionally speaking than that midpoint battle sequence. But as you might expect in the middle film of a trilogy, we end on quite the cliff-hanger. 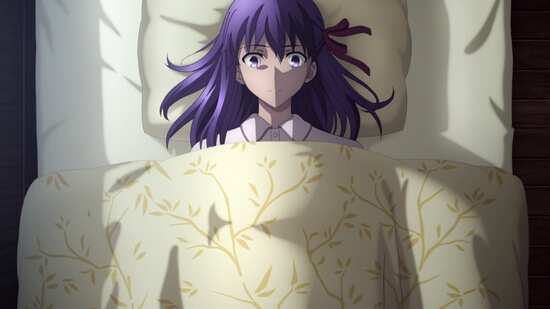 MVM’s Blu-ray release of Lost Butterfly matches the first film in terms of AV quality. But the direction the story takes in this second film certainly made me sit up and take notice in a way the first film didn’t. As for the concluding film in the trilogy, Spring Song, Covid-19 has forced its Japanese theatrical release to be delayed to August 19th, with the caveat that the date could shift again. You should be prepared to wait commensurately longer for the final film’s eventual arrival on home video in the UK.