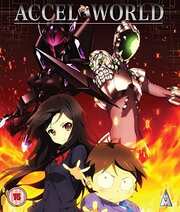 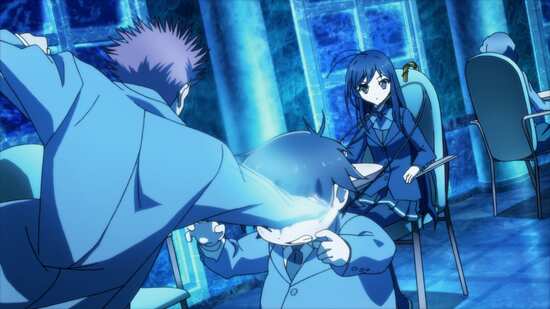 Before you start on this review, which covers the complete Accel World Collection on Blu-Ray (2020) issued by MVM about a month ago, you should take a read these reviews penned by our in-house professor of all things anime, Jitendar Canth, who reviewed the two individual series which made up this set, here and here, albeit on DVD and some six years ago. 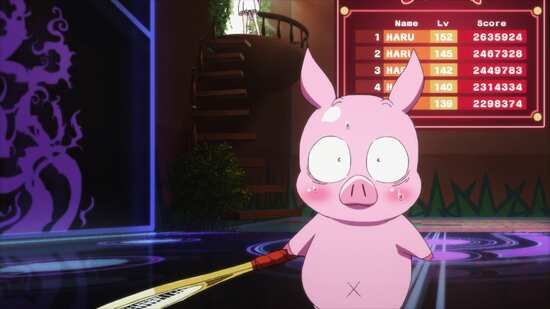 Accel World is set in a not too distant future (at the time of its release, exactly 30 years) in 2046 where wearable technology has leapt to the next level. The Nuero Linker allows its users to plug a computer directly into their own brain (via the neck) where it provides a screen overlay of normal vision. (Pokemon Go, anyone?)
For chubby little boys like Haruyuki, you would think this would be a great form of escape but, true to the cruel realities of life, he is mercilessly cyber-bullied. That is until he happens upon a VR game, Brain Burst, where it’s possible for each user to create a 3D-based world which they can retreat to for 16 minutes at a time, though outside, in the ‘real-world’, they lose only a second. 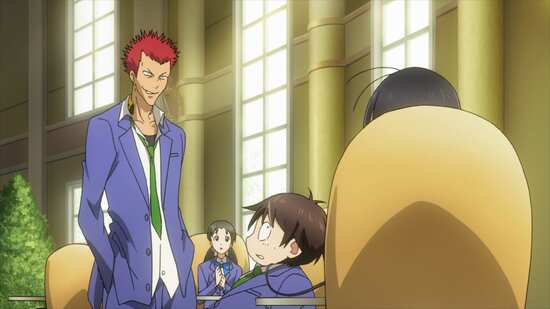 The idea of this so-called ‘Accelerated World’ I’m sure will greatly appeal to young gamers who find that their gaming actually eats time, and if they are under parentally controlled time limits, the idea of each second delivering 16 minutes of game time would surely be a form of nirvana. 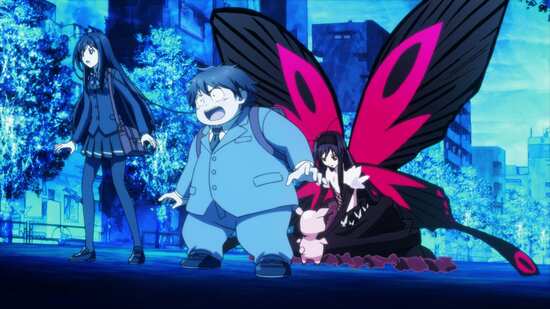 So Haruyuki, a clumsy, awkward and crushingly shy boy in reality, who even has a pig avatar within the game, becomes deeply involved in Brain Burst’s possibilities when an impossibly popular girl at his school (Kuroyukihime) takes pity on him and shows him the real possibilities of the game which can actually impact real-life too in mysterious, subtle ways. 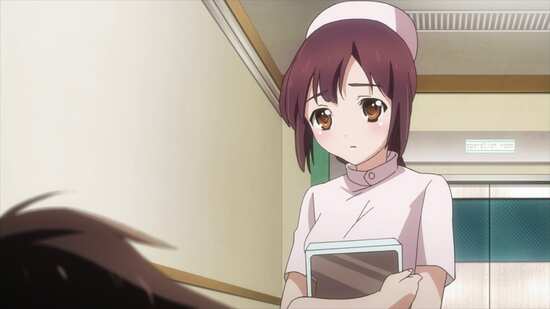 So that narrative is a satisfying one, and is set up early, to show the beaten underdog using gaming tech to get one up on his bullies but the story is much more than that. It becomes a voyage of personal discovery too as Haruyuki’s confidence grows, both in cyber-space and the real world. 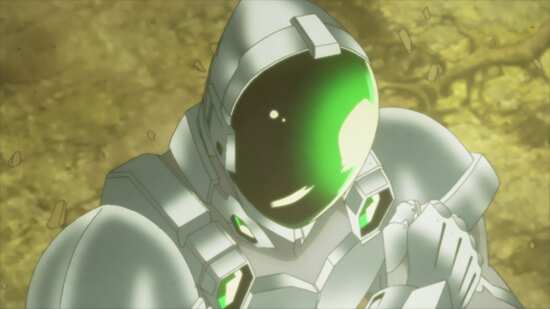 Gamers will love the way the subtleties and details of game-playing are introduced and the ‘game’ aspect feels very real. I’m surprised some version of ‘Brain Burst’ hasn’t been marketed but I guess it would be a poor cousin to the version imagined here. 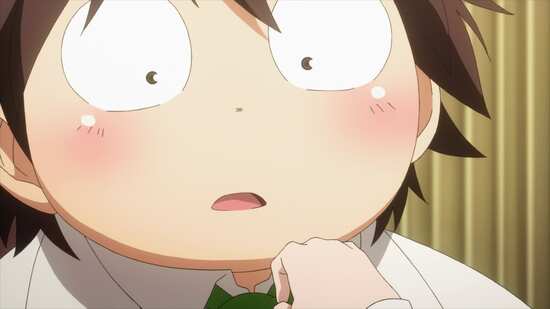 Using his new Silver Crow avatar, Haruyuki quickly learns to fly and I guess this can be seen as something of a metaphor. Later we see new and more subtle skills develop within the ‘game’, like Chiyuri’s ability to heal or Seiji (the main ‘baddie’ in the series) being able to actively muddle the lines between the game and reality, which results in some distress both sides of the reality divide for poor Haryuyuki, who finds himself compromised in reality, and wingless in his virtual world. Well, you get the idea and if (unlike me) you’re a gamer, you will undoubtedly enjoy the logic and staged narrative. You’ll also love to hate Seiji whose duplicitous behaviour and smug demeanour will have you hating him as much as Haruyuki does. 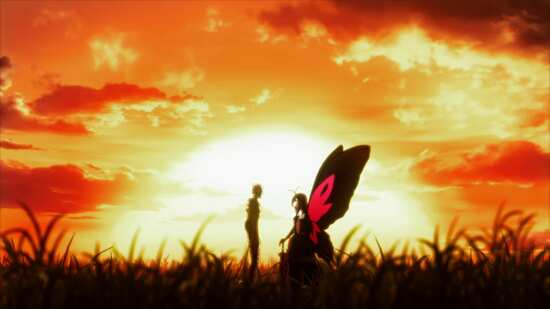 Like all good RPGs there are some central characters that are consistently spread throughout the series, and a number of ‘guest stars’ who pop up and play their part too – like ‘Ash Rider’, a clear steal on ‘Ghost Rider’, who is a skeleton biker with a heart of gold. Some of Haruyuki’s childhood friends pop-up too, rekindling the past and forming new bonds as they work together with ‘Brain Burst’. 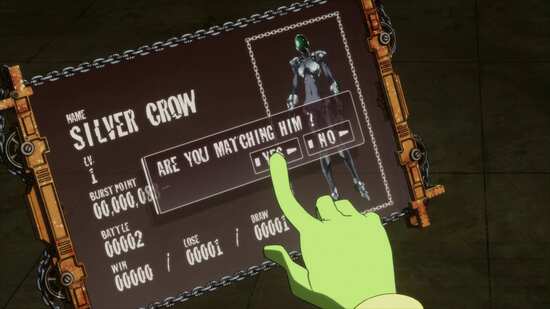 Throughout the series there is always the question of Kuroyukihime and Haruyuki’s relationship which grows closer as the series progresses, and there is a sense that these two unlikely contenders might even become romantically entwined. 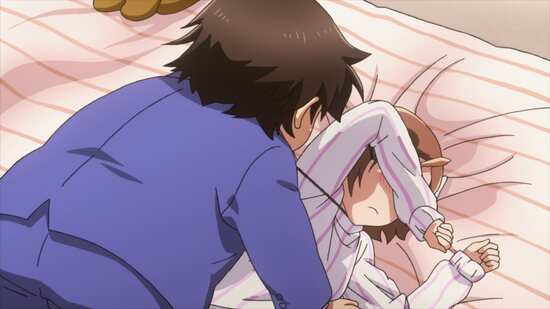 Whilst the series initially has tons of narrative momentum, you can definitely feel that slowing in series 2, where the series settles into a more predictable rhythm and, as a result, was for me, less compelling than the initial episodes which were wildly imaginative. 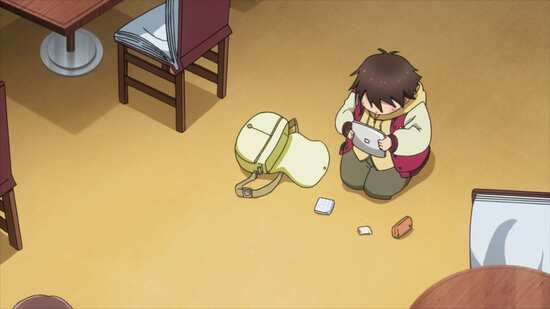 The animation is well presented and looks great on Blu-Ray with 24 episodes spread over 4 discs. I chose to view with the US voices, just because they demand a little less focus and attention than subtitles, and they worked well enough. Extra features are pretty much non-existent and are confined to clean opening and closing credit sequences. 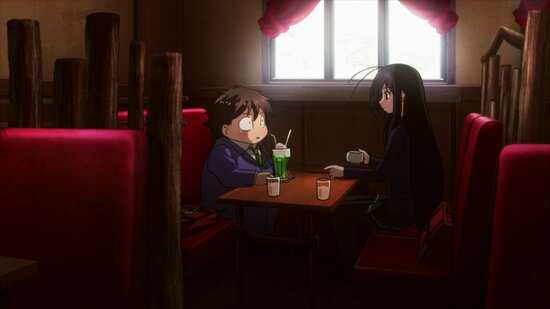 In theory, lockdown should be the perfect time to binge-watch a complete anime collection like ‘Accel World’. After all, it delivers its futuristic vision of the world in neat little 24-minute parcels and certainly has enough narrative momentum to leave you wanting more. For me, and I have no idea why, unlike a raft of excellent anime of late, it just never really grabbed me enough to make me want to watch it rather than anything else. I ended up watching it almost out of a sense of duty, which is no way to fall in love with an anime. That said, the damn thing wasn’t bad enough to halt the viewing. To the contrary, not bad at all, despite it getting a little lacklustre in Series 2. I think my reticence to embrace it fully is probably best explained by personal preference. If you are someone who likes RPGs and virtual reality, then this might well have grabbed you by both horns. I’m not, so it didn’t, despite having many other redeeming features.