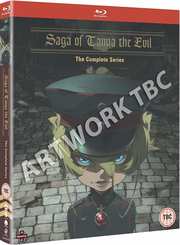 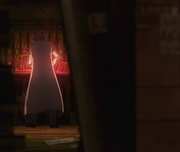 Review for Saga of Tanya the Evil - Complete Series

A Japanese businessman at the moment of his death, is transported by a powerful, godlike entity to a fantasy world where he is reincarnated as a cute, innocuous looking being, with unsuspected hidden abilities, given a mission to survive, and if possible even prosper. No, this isn’t the review for Part 2 of That Time I Was Reincarnated as a Slime; that is yet to come. This is a marginally different series called Saga of Tanya the Evil. The starting point may be similar in this isekai, ‘lost in a fantasy world’ show, but the real difference will be in the detail of this particular fantasy world and the story that unfolds from there. Slime was a traditional fantasy with elves, and goblins, and dwarves and the like. Saga of Tanya the Evil is World War One... with magic! 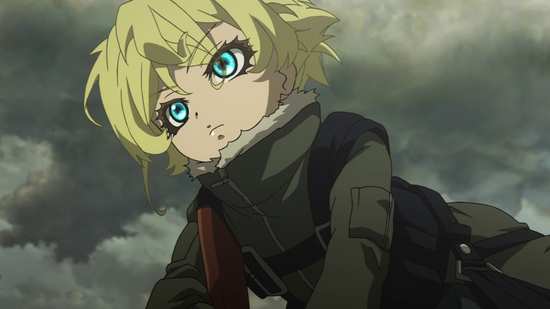 He was a salaryman with a self-confessed personality disorder, the kind of businessman who took pleasure in sacking incompetents. He wasn’t expecting the incompetents to push back. One did, literally, shoving him in front of a train. Just before the final second, time froze, and God made an appearance, or someone claiming to be god. Faced with a cynical non-believer, god rethought reincarnation for this faithless man. 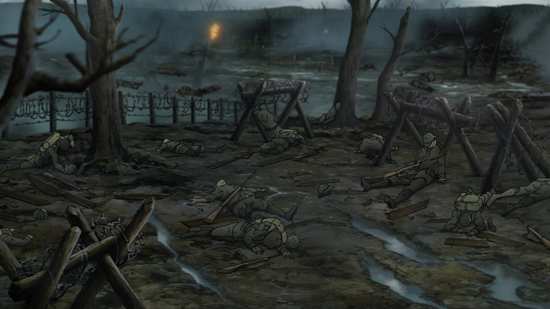 And so Tanya was born in a parallel world Germany in 1913. Tanya grew up in an orphanage, and in a nation hell-bent on waging war against its neighbours. She grew up with the same personality and attitude as before, a self-centred ambition to succeed and live as easy a life as possible. But in a world where soldiers fight with magic, her innate magical ability sees her conscripted at the age of ten. But rather than going the grunt route, Tanya volunteers for the fast track, and quickly makes her mark as a brutal and heartless mage. It isn’t long before she has a command position and a reputation as a devil. But god hasn’t finished with this non- believer yet. His first curse is that she can only activate her magic by praying... and it only gets worse. 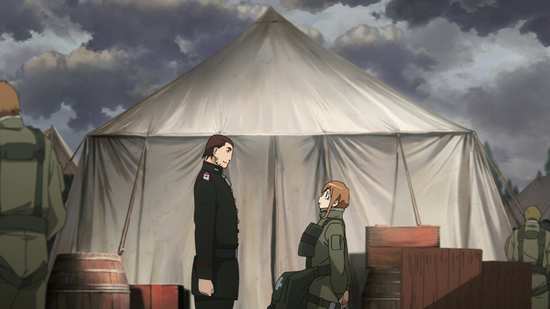 Twelve episodes of Saga of Tanya the Evil are presented across two Blu-rays from Manga Entertainment.

Disc 1
1. The Devil of the Rhine
2. Prologue
3. Deus Vult
4. Campus Life
5. My First Battalion
6. Beginning of Madness
7. The Battle of the Fjord
8. Trial By Fire
9. Preparation for Advance 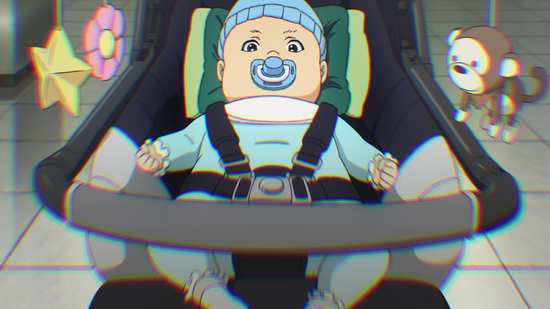 Saga of Tanya the Evil gets the usual 1.78:1 widescreen 1080p transfer. The image is clear and sharp, detail levels are excellent, and the animation is smooth and unmarred by compression, aliasing or any significant digital banding. It’s an impressive show, with plenty of action in its World War setting, aerial mage combat, big explosions and magical weaponry. The character designs are somewhat unique to the show, with heavy lipped characters unlike the usual anime norm. The world design is very impressive, and a lot of thought has gone into the technology of the period, the uniform and costume designs. About the only blot on the landscape is the 3D CGI which doesn’t quite match the high standards of the 2D animation. 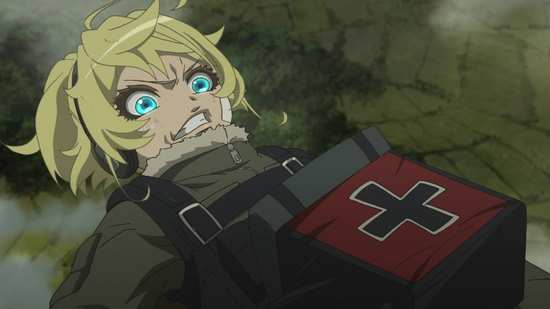 You have the choice between Dolby TrueHD 5.1 Surround English and 2.0 Stereo Japanese with player locked English subtitles or signs. I went with the Japanese, and was happy with the experience. The actors are suited to their roles, while Tanya’s voice has a very un-childlike cynicism which is as incongruous as it is engaging. The music suits the show well, but the sound mix, even in stereo really goes to town with the action, and your LFE will be distorting at times for the larger explosions. 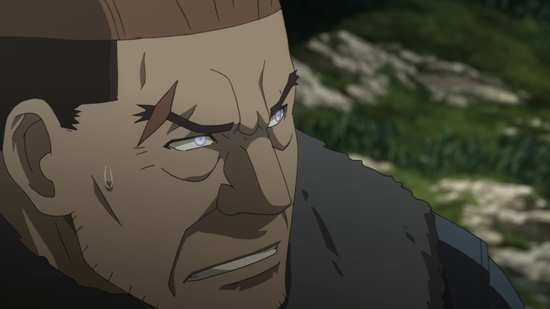 Disc 2 has the textless credits, the opening and one of the endings. You’ll also find 7:37 of the Promo Videos, and 34 seconds of commercials. 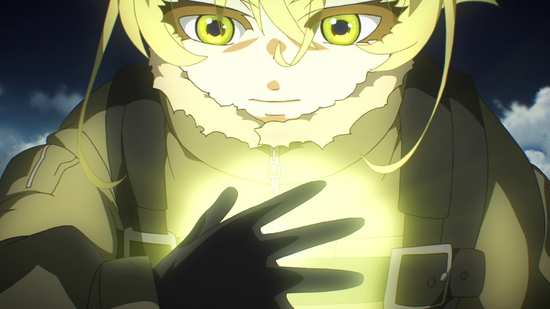 In an industry inundated with shows from the ‘lost in another world’ genre, Saga of Tanya the Evil does enough to peek its head up above the crowd, no mean feat given the stature of the title character. It may seem like a show that takes the premise of That Time I Got Reincarnated As A Slime, and injects the Machiavellian anti-hero arrogance of Overlord into its main character, but given its alternate world war tale and the fact that Tanya isn’t overpowered and invulnerable, this show is unique enough to stand out from its peers. 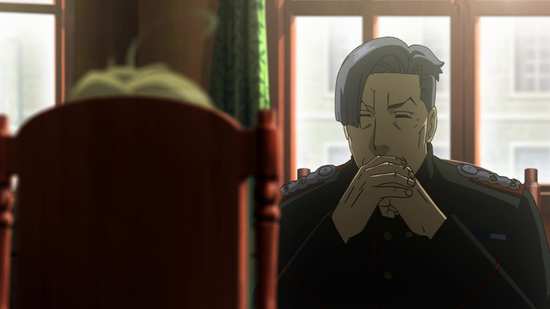 You have to take a leap of faith though, in that an office worker with a lack of compassion in our world has enough of a background in strategy and military history to be able to apply it in his next life as Tanya Degurechaff. He may have risen up the ranks in the world of business, but rising up the ranks of the alt-German military would take a completely different skill set you might think; Tanya manages it with ease, even bringing some modern strategy and tactics from our world and applying it to historical situations. 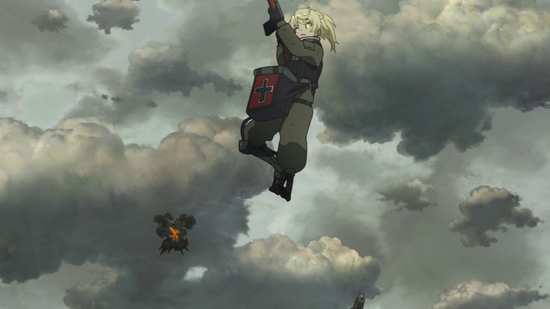 The big challenge here though is that the show demands that you root for the Germans. You have to be invested in the Fatherland winning the First World War. That might be the show’s get out of jail (relatively) free card, as the Great War has now passed from living memory, and Kaiser Wilhelm certainly didn’t stain the world in the way that Hitler did. But with the addition of flying mages into the mix (Strike Witches even), we have trench warfare combined with aerial combat more akin to the Second World War (and it turns out that magic gives these warriors holographic heads up displays that would put modern fighters to shame). The action does play out more like the Second World War wearing First World War clothing. 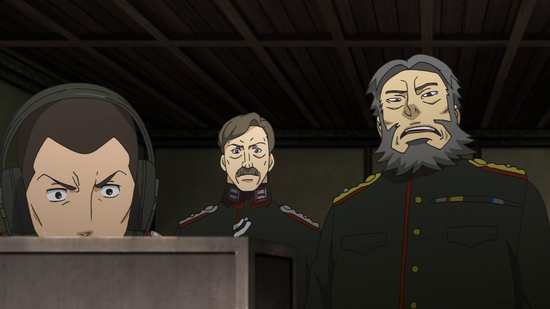 A spiteful god pays the atheist salaryman back by reincarnating him as Tanya, and putting the little girl into a series of progressively difficult situations in order to elicit a religious conversion. Being born as an orphan into a world at war is one thing, but giving Tanya the kind of innate magic that ensures that she will be drafted is only the start of her problems. Still thinking like a salaryman, she believes that volunteering will help her control her fate and get her rising up the ladder so fast that she’ll be off the front lines and in a safe administrative role pretty quickly. The reverse turns out to be true. The more talent, ability, and strategic awareness she displays, the more her talents are required in combat roles, and pretty soon the pre-teen has the rank of Major, and is leading a crack battalion of aerial mages. 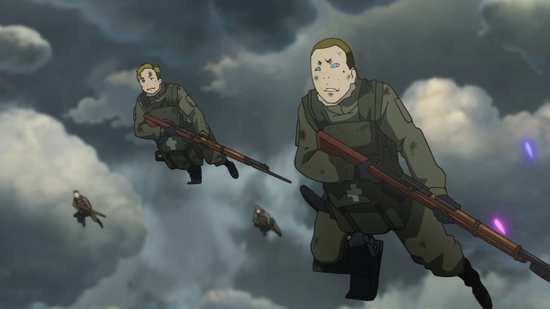 As the story begins, the Empire (Germany) is besieged, having picked a fight on all sides to consolidate its position and establish itself as a true power in the region. Fronts have opened up against all its neighbouring countries, and by doing so it has overstretched itself, bringing the war to a stalemate at best, and inevitable loss at worst. Tanya sees this, and recognises the situation as an impending global conflict, which will inevitably draw in powers from further afield. She decides to apply the lessons of our history to this world to prevent that war from starting, ending the local conflicts through swift, decisive victories. There’s plenty of action as the story unfolds, as the challenges get progressively harder. 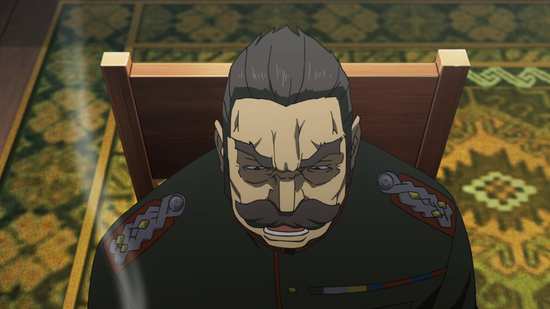 It doesn’t quite work out the way that Tanya intends. Quite the opposite, as she learns an important lesson over the course of the series. The lack of empathy and compassion that got her killed as a salaryman rears its ugly head again. Her ability with strategy and military acumen once again fails to take into account the human element; her ruthlessness in battle winds up having the opposite effect to what she intends. So what starts off as a rather formulaic and familiar ‘isekai’ show delivers a profound and resonant message with its final episode. You might want, and indeed look forward to a second season at the end of this collection. It ends on the kind of cliff-hanger that practically demands one (there is a follow on movie), but by doing the unexpected and making the audience root for the ‘bad guy’, Saga of Tanya the Evil makes a comment on nationalism and the use of power that is all too relevant even today. 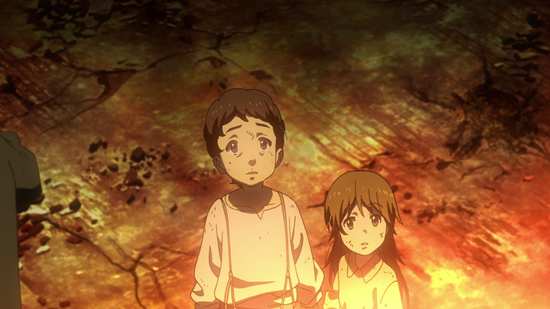 I enjoyed Saga of Tanya the Evil. The titular main character is likeable in a cute villain kind of a way. The incongruousness of the character is very appealing, and the supporting cast are also memorable, while the story really works well. It shouldn’t, given the premise, but the way it is told gives substance to the surface detail beyond what you might be expecting.