Here’s a short review for a big boxset! What do you expect when I’ve reviewed the individual season DVDs of the X-Files already? This review is to see if the High Definition double dip is worth the money (Short answer; yes), not rehash my thoughts on one of my favourite sci-fi series from the nineties. Actually, half of it is one of my favourite sci-fi series from the nineties; towards the end there it was a case of diminishing returns, while the recent revival has been fun in parts, but hasn’t come close to reaching the lofty heights of the first five seasons of The X Files. 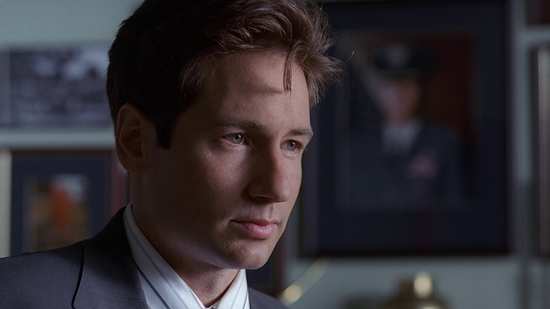 This review might actually have been even shorter. When I had a quick look at the discs, it looked as if it was just the episodes in HD, with the extras ported over from the DVDs, with nothing new in that respect for those of us who own the show in SD format. I was surprised to find a commentary that I had never heard on the first disc. The US market had another go at the X-Files on DVD back in 2005, when the Mythology collections were released. These boxsets collected the mythology arcs, The Abduction, Black Oil, Colonisation, and Supersoldier episodes, leaving out the majority of the stand-alone stories. They also got some new extra features and commentaries to go with them, and the Blu-ray collection now consolidates most of the extra features from all of the prior DVD releases. You also get some more extra features from the TV movie discs, those standalone releases that turned two part episodes into 90-minute features for release. Actually, there is another reason why I’ve upgraded to Blu-ray, aside from the obvious attraction of a widescreen high definition image, and lossless audio. I’ve already had to buy Season 2 on DVD three times, thanks to DVD delamination. There comes a point where a more robust storage medium is called for. 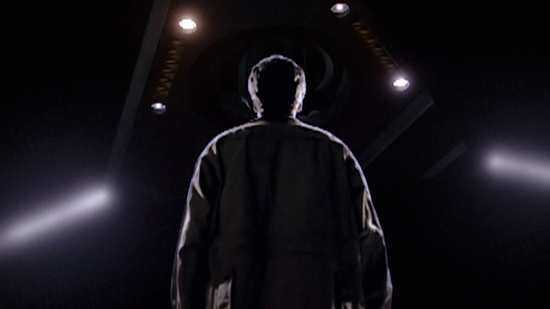 Dana Scully, a doctor with a background in Physics, currently teaching at the FBI academy, is given a field assignment with a difference. She is to work with Fox ‘Spooky’ Mulder, a gifted psychologist and investigator, who has taken his career down an unorthodox path. Following the disappearance of his sister, which he believes to be the result of an alien abduction, he has become obsessed with the paranormal and supernatural. Since he discovered the X Files, those cases the FBI deemed unsolvable, he has been pursuing his obsession on the FBI’s ticket. Dana Scully is to work with Mulder, while reporting on his investigations, with a view to ‘debunking’ the X Files. But Mulder’s obsession isn’t as ridiculous as it seems, while those superiors who assign Scully to the X Files have ulterior motives. 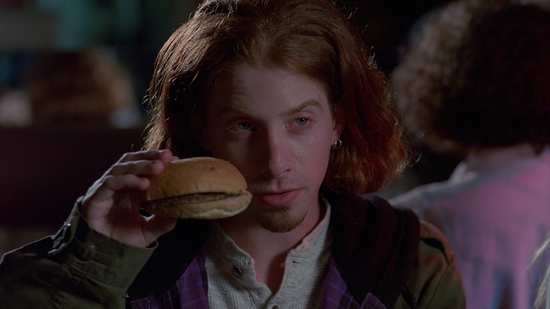 You can link to the reviews for the individual series below; I’ve also listed just the extra features that are new to this collection, all the others can be found listed in the season reviews. Note that this collection cuts the disc count down on most of the seasons by one, so the episode distribution is slightly different. 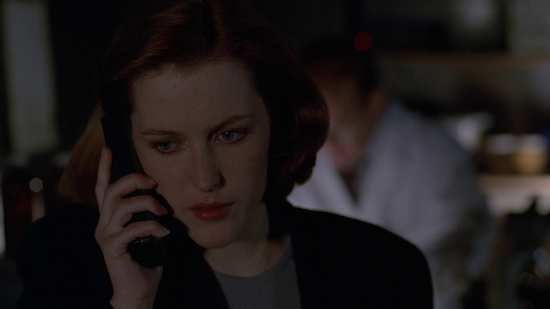 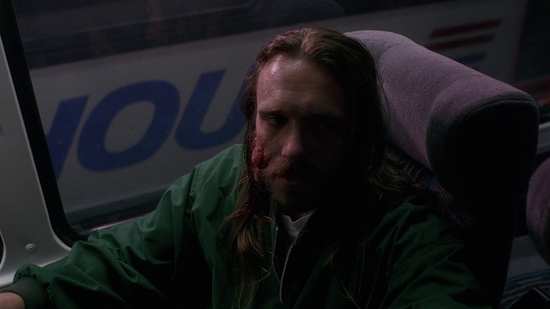 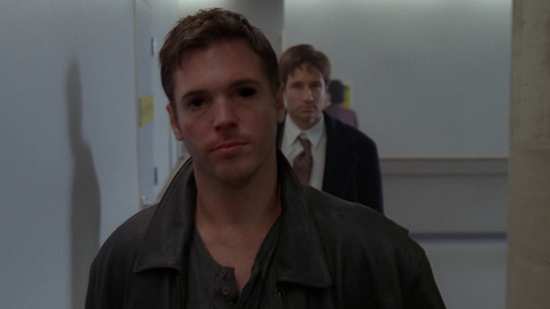 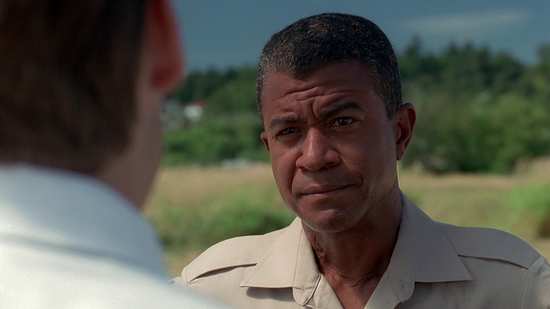 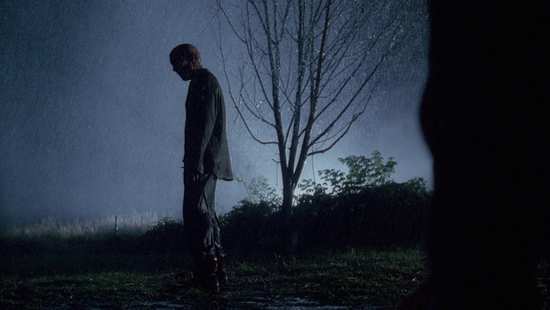 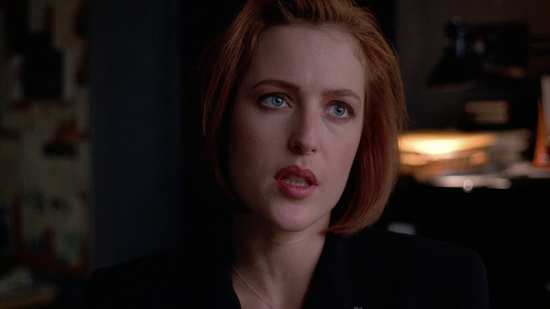 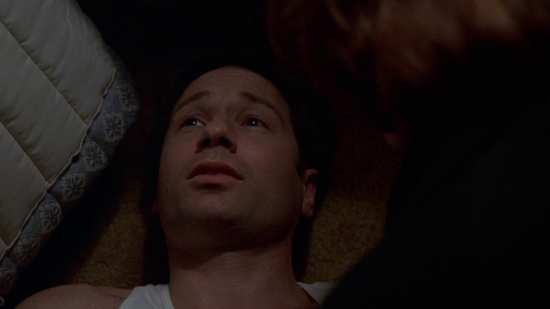 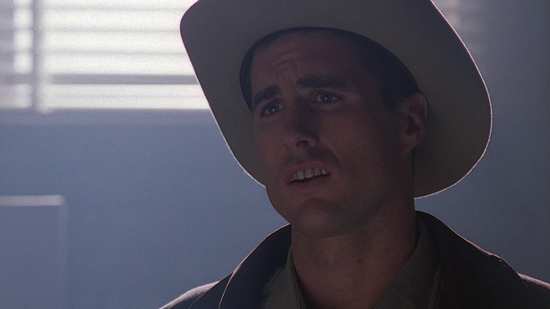 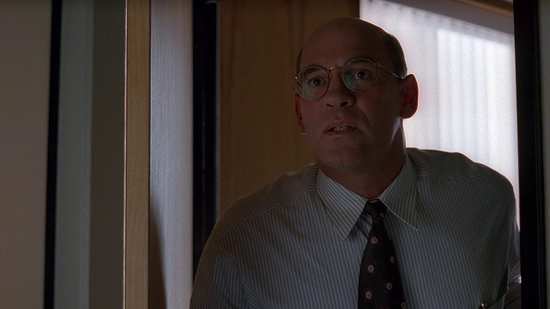 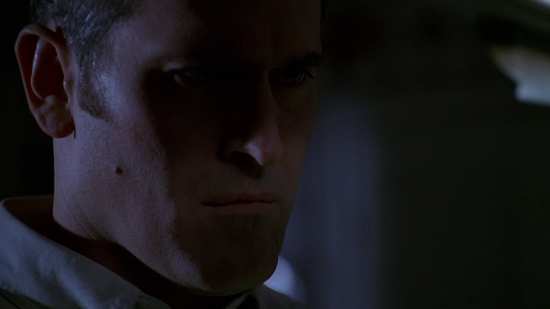 One difference is that the Deleted or Alternate Scenes can’t be integrated into episodes as they could be on the DVDs. Naturally that’s down to the difference between the HD episodes and the SD footage for the deleted scenes. Also, all of the International Clips are present (some were missing from the later UK DVDs, as they were redundant given our European language options). One useful attribute is that the discs hold their place in player memory. 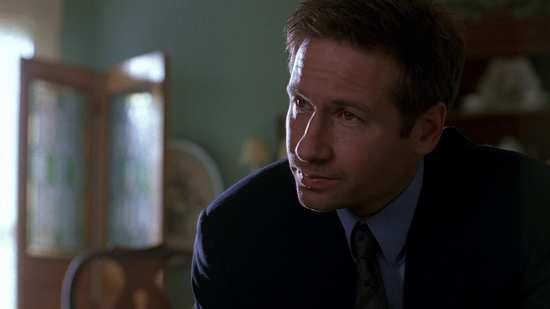 They shot the first four seasons of The X Files for 4:3 broadcast, but they made sure that the image was 1.78:1 widescreen safe. There’s nothing extra going on in the edges of the image in the first four seasons now, and on occasion the composition can feel a little weird, with a little bit of cropping top and bottom, but we do have all of the X-Files now in widescreen and high definition. 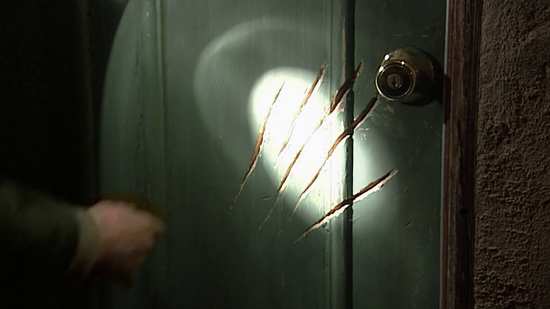 When it comes to revisiting post film-pre-HD TV shows for HD presentation, there are three ways of doing things. There is the Star Trek: The Next Generation way, which is to throw some serious money at it. Go back to the original film elements, reconstruct the show in native high definition, and when it comes to special effects, do them over from scratch. There is the Andromeda/Farscape way, which you opt for if you have no money, or have lost the original film. You upscale the SD footage to HD, and hope that it looks better than the SD quality of the DVDs. With better compression and colour fidelity, that is usually the case. The X Files opts for the third way. Where possible it uses the original film elements for true HD footage, but where the original film can’t be found, stock footage was used, or the effects footage was originally completed in SD, the material is scaled up. A few episodes are HD from beginning to end, a few episodes switch between the two formats so often that it feels like a fifty-fifty split. But most episodes have one or two scenes in SD upscale. The X Files benefits in that much of the show is shot in low light conditions, where upscaled footage is less obvious, and you do eventually get used to it. 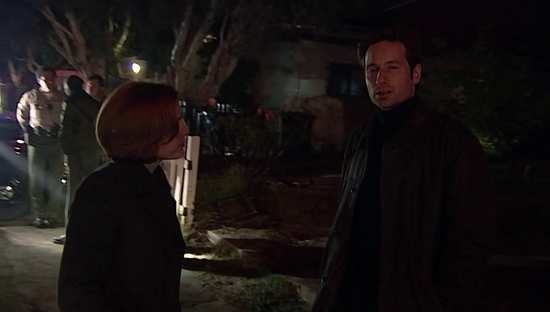 Other than those scaled-up moments, The X-Files fares really quite well in high definition, with excellent colour rendition and effective contrast helping those spooky, night-time, torch-illuminated investigation scenes. Detail levels are excellent, and you’ll be catching aspects of the show that you’ll have completely missed in their NTSC-PAL converted DVD form. 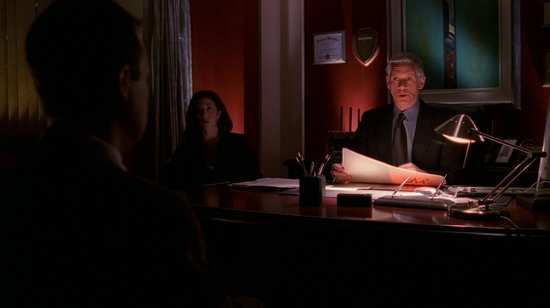 And when it comes down to it, most fans only complained about the font of the ‘X’ in the new HD title sequence not matching that of the original broadcasts. 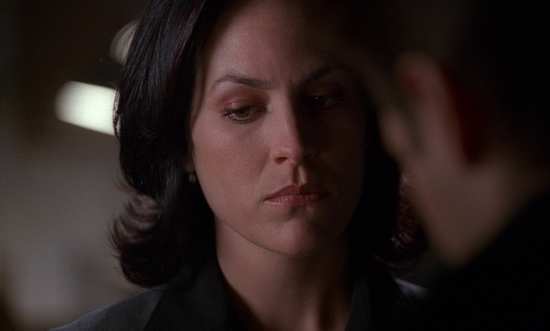 You have the choice between DTS-HD MA 5.1 Surround English, Dolby Digital 2.0 Stereo Spanish, and DTS 2.0 Stereo German and French, with subtitles in these languages. The audio is fine, delivering the TV viewing experience and more, going from the prologic surround sound of the TV broadcasts to a discrete 5.1 mix, but not going to town completely re-engineering the sound design. The dialogue is clear, and the audio is immersive enough to really put you in some spooky moments. There are no problems with sync, or glitches and dropouts. 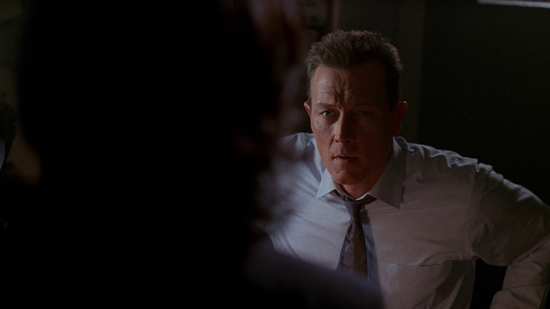 Each season consists of six discs (seven for season 2), and comes in its own BD Amaray fatpack. You’ll find two centrally hinged panels in each case, while the inner sleeve has the episode listing. All nine cases fit into a large artbox with the iconic X-Files imagery, and there is a blurb sheet which you’ll have no idea what to do with once you peel it off. There is also enough room in the artbox for the 10th Season, The Event Series on Blu-ray, but obviously there is no room here for the currently airing 11th series, or the two movies. 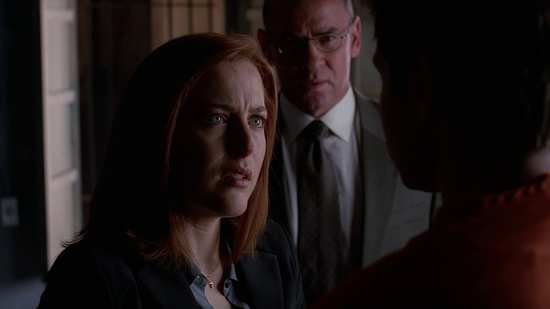 The more I live with HD TVs, the more I’ve shied away from SD material on those displays. Certainly broadcast TV looks pretty bad, and while most DVDs look okay, some early discs made before HD took off look pretty bad scaled up. With that the case, it’s even more necessary for there to be releases like this, taking classic shows from the SD era, and releasing them in pin-sharp HD. The BBC are even going back and re-releasing the original Doctor Who series on Blu-ray now, a show that will never look better than SD, but with a sensitive up-scale is still a major improvement on watching those old DVDs on modern equipment. I shudder to think how SD looks on 4k screens. With physical media declining in popularity, it’s hard to see how every classic TV show can be made HD ready, and I begin to think there might be a niche market for LCD or OLED SD panels designed to replicate the CRT experience to better enjoy old DVDs on, but I digress. 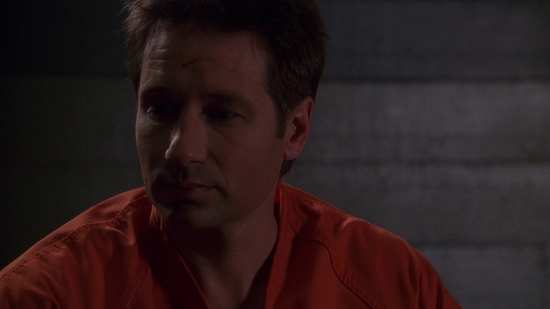 The X Files looks pretty impressive in high definition, certainly a lot better than I ever expected it would when I watched it originally in the nineties. It helps that this was ever a cinematic show with theatrical quality production values, in effects, in sets and locations. A significant fraction of the footage in this set is still SD upscale, but ironically it’s not as jarring as the few seconds that were scaled up for Star Trek The Next Generation. It happens often enough in this set for you to get used to it, the scaling is pretty good, and given that The X-Files is a ‘dark’ show, you don’t notice it as much. It very much is time to throw out those old DVDs and upgrade to this Blu-ray, as these discs offer all that the DVDs did, and more. 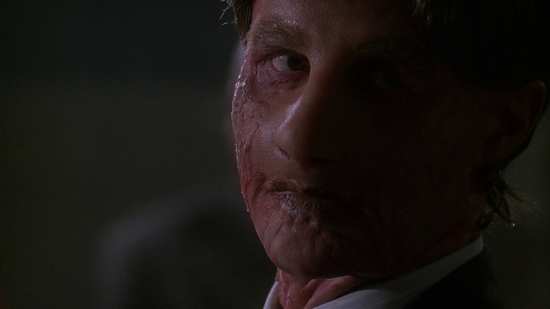 As for the show, The X-Files was genre defining television from the nineties, and it still stands up well today, especially the first five seasons. Fans can and do debate as to when the show truly jumped the shark, but for me, that is still the three episode stretch that closes out season 6 and kicks off season 7, and what follows is a consistent downspiral in quality. The departure of David Duchovny and the introduction of Robert Patrick in Season 8 as John Doggett offers some reprieve, a fresh way of looking at the show, even if there are a sight too many Terminator references, but once Season 9 shows up, the writing is on the wall. Yet when it comes to seasons 1-6, I’m in danger of wearing the discs out through replay value alone. But as mentioned, I’ve linked to the individual DVD series reviews for further detail, season by season and episode by episode. 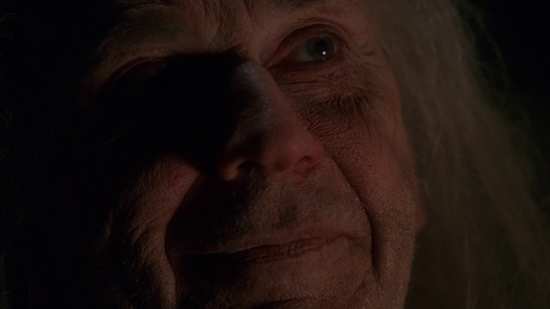 Unlike the US, this complete collection Blu-ray is all we got; they had the choice of buying the individual seasons, but I’m not fooling myself. No matter what I think of the last three seasons of the X-Files I would have bought them anyway. Besides, I see this collection on sale from time to time at £50, which is silly money for a series of this length, and this quality. Last year it was also re-released in a more compact form, containing the new series as well.