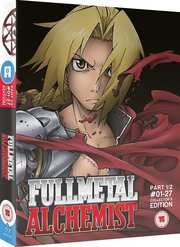 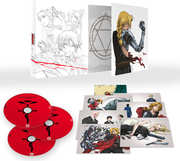 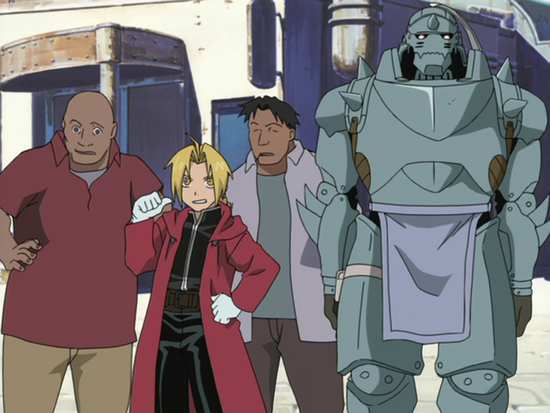 It’s been seven years since I last watched this series; at that time on DVD in very nice looking quarter series Digi-pack box sets with booklets and art cards. I remember thoroughly enjoying it, but like so many DVD’s in my collection, is has languished unwatched on my shelves since that first watch. So what better way to re-visit the (original) series than in this splendid Blu-Ray edition; this time in two half-series sets of some 27 episodes a piece.

Although I haven’t seen the packaging, the limited-edition set looks very nice indeed, again replete with postcards, and this time condensed on to three discs per half-season, with nine episodes per disc, running at about 3 hours and 40 minutes. The HD edition looks great too, well worth an upgrade, and presented, thankfully, in its original aspect ratio (4:3) as well.

With the popularity of the re-boot, ‘Fullmetal Alchemist – Brotherhood’, it’s easy to get confused about which is which. After all, they both follow the original manga to some degree, though I believe the latter series more fastidiously than this one which, after loosely following the narrative, is prone to riffing out on its own accord. Of course, it does this with great creativity. I haven’t seen ‘Brotherhood’ so I can’t join the ‘which version is best’ debate, suffice to say that 'Brotherhood' would have to be pretty good to knock this. This is simply a brilliant, episodic series, that is fun to watch, emotionally and intellectually engaging, simple to follow and utterly habit forming. In fact, it may well be the perfect introduction to anime for anyone tentatively dipping their toe into that particular pool. 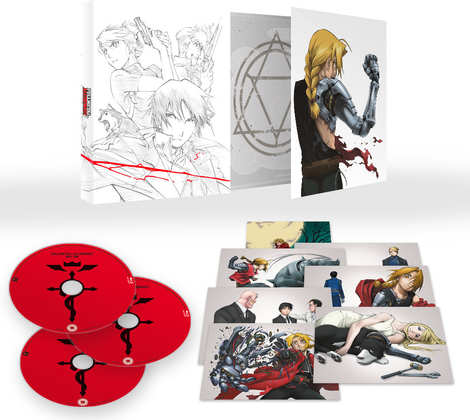 Our resident anime expert, Jitendar Canth, having already taken possession of a Blu-ray set of the series, and having reviewed it in its entirety on DVD (along with all its movie variants and the entire ‘Brotherhood’ version too), passed this review set on a couple of weeks ago and I have very happily binge watched 3-4 episodes a night since then. If anything, I think I enjoyed the series more second time around, possibly as a result of such fantastic picture quality, but maybe also as a result of selecting the original Japanese language version which is unarguably superior to the US dub. In fact, I got so lost in its alternative reality that it took me back to watching great action cartoons as a kid; pure escapism of the highest order. (All of Jitendar’s original reviews are still available and can be found using the search facility on this site).

So what’s the series about? Two young alchemists, Edward and Alphonse Elric, are determined to follow in their now deceased Father’s footsteps, and they’re pretty adept for youngsters. However, when their Mother passes away, they attempt to use Alchemy to resurrect her. But in alchemy, everything created must also take a sacrifice of equal weighting, and the act is strictly taboo. Their attempt is botched and it rips their bodies apart. Fortunately, a friend comes to their rescue and builds Edward a new arm and leg, this time fused to his body but made from metal (hence the title). His younger brother, Alphonse or ‘Al’, is less fortunate. He has lost his human body entirely and so his very soul is fused to his armour, effectively now an empty shell containing his spirit.
They determine to seek out a way to return their bodies to their previous state, particularly Al’s, and it is this journey that forms the narrative of the entire series.

Before long, they become aware of the possibility of a ‘Philosopher's Stone’ which may possess the powers they seek. However, as their journey takes them closer to the stone, they discover that nothing is straight-forward, and even the stone itself holds some deadly and unpalatable secrets. 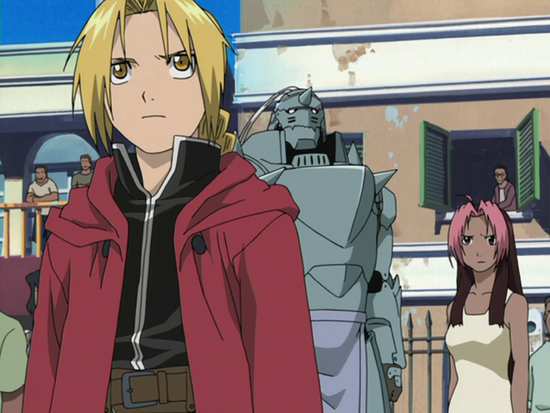 The series kicks straight off with an adventure filled episode that sees them part way through their journey – showing their powers and letting the audience know there is plenty of action ahead. From episode 2 onwards, it reverts to the start of the tale – and what a tale it is! Each 23 minute episode leads you anxiously to the next, and it’s easy to get emotionally attached to the protagonists, who, for the early part of the series, are merely boys after all.

The ‘state military’ somehow hear of the young alchemists and their attempt at resurrecting their mother and set about recruiting them as ‘state alchemists’ – a very honoured position, even for a fully grown adult. Despite knowing that this also means that they must serve their Government in times of war, they also know that it may help their search, so they accept. The entrance exams are tough and its clear that Al won’t make it; he has no ‘body’ after all. So they decide that Elric should continue as even one of them holding such a position, may help.

Cue tons of action as their search continues, leading them into battles with serial killers, monstrously powerful rogue alchemists and a huge facility housing ‘executed prisoners’ who have become the subject of experimentation into resurrection. It’s often violent, sometimes downright creepy, and often laugh aloud funny – and always entertaining. I had forgotten so much of the detail from my first viewing that the series was even more fun this time around.

Of course, it’s not just Jitendar and I who are fans. It was incredibly popular in release. The manga itself was hugely popular and it wasn’t long until, in 2003/4, the world was full of FMA figures and merchandise. It’s easy to see why. This is an epic journey on the scale of ‘The Lord of the Rings’ and probably just as much fun.

Image quality is excellent and it’s great to see it in HD. Despite its relatively subdued colouring (lots of browns and greys), it looks fantastic and even the night time scenes hold up in fantastic detail. The animation is pretty decent too. It certainly fits neatly into its genre in terms of visual look and feel, but, this shouldn’t be surprising. It’s a manga adaption for the most part. 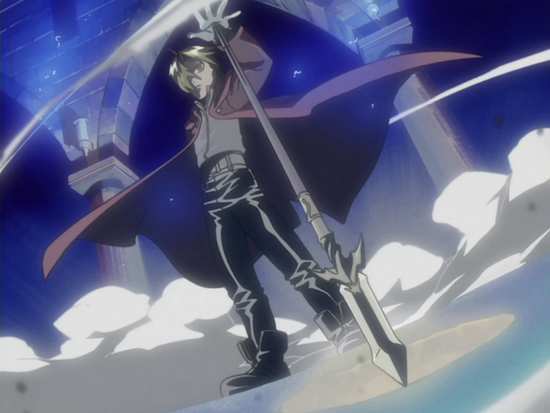 Apart from the action (and there’s tons of that), there are some great philosophical discussions and the series isn’t afraid to slow down and even pause for a few frames of reflection when it matters – something you just wouldn’t see in a US cartoon series. By the end of the first 27 episodes you will become so immersed in FMA’s universe that nothing seems impossible. It’s a very exhilarating feeling.

Both soundtracks are impressive. The US 5.1 puts a lot of bangs and crashes to the rear and has a richer, fuller sound overall but the Japanese 2.0 was my preferred route and this stood up well too (I did switch between them from time to time and, curiously, it didn’t affect continuity too much). 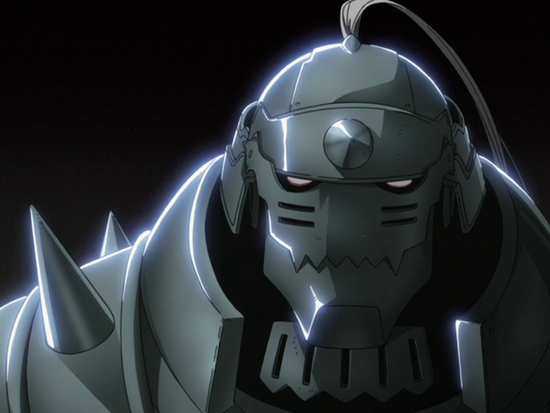 Apparently, this ships with some very nice packaging extras like postcards, though I haven’t had sight if these. Extras on the discs for the first half of the series are slight – just two audio commentaries; one on episode 19 and one on episode 25.

I think just about everyone will find something to enjoy in Fullmetal Alchemist. It’s epic in scale, highly creative, extremely exciting, heart-warming and intellectually stimulating too. This first half set is quite a ride and, as I pen these words, I am already making my way through the second half – already shaping up to be as good as the first. Excellent stuff!