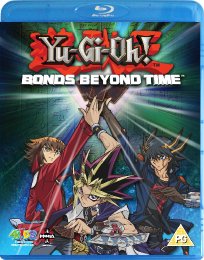 It's anime, but in 3D. Anime, a predominantly flat, 2-dimensional animated medium, but in 3 dimensions. My brain just melts trying to parse that. Not that I care all that much, as I've finally been cornered by that which I have spent years trying to avoid, one of the ****-emon shows. I hate shows like Pokemon or Digimon, just like the old cartoons designed to sell plastic tat, these are made to sell playing cards, and the shows feature characters playing card games, where pulling out cards unleashes monsters to do battle. Just because Yu-Gi-Oh! doesn't have an -emon at the end of its title doesn't excuse it. 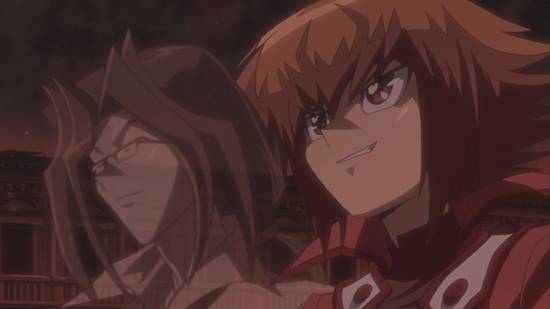 As for the 3D, I don't hold with 3D, I think even less of it than I do this sort of anime, and obviously I don't have a 3D compatible TV or Blu-ray player. Worse, no one else who may have had such a device wanted to watch this movie, which is why someone who quite obviously hates the very fact of its existence is reviewing it. But people like Yu-Gi-Oh!, so much so that there have been three series, set in three different times, with three sets of characters. For the 10th Anniversary, the magic of time travel unites the three main protagonists from the show, Yugi, Jaden, and Yusei, as they unite to do battle with the nefarious Paradox, who after stealing Yusei's Stardust Dragon is trying to erase history, and the Duel Monsters Card Game. 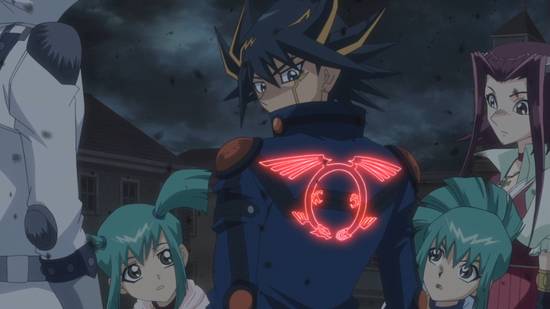 Like I said, I don't have a 3D set-up, and it seems the Blu-ray defaults to 2D for those who aren't capable. I have no way of confirming if the 3D version is even on the disc. The 1.78:1 widescreen image is clear and sharp enough, although this isn't exactly the material to tax the limits of the Blu-ray format. The 2D characters very much appear escapees from a low budget television show, while the flashy artwork is applied to the CG effects devoted to the various card monsters. The ten-minute preview film, edited from the TV show to introduce the characters to the uninitiated looks nightmarishly up-scaled, but the film itself looks pleasant enough in high definition. 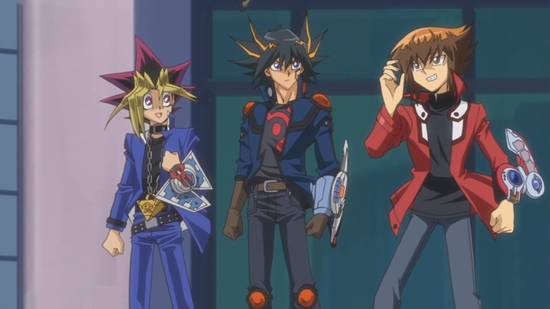 The film gets a DTS-HD MA 5.1 English audio track, which I sampled long enough to confirm its existence. The original Japanese version of the film is tucked away in the extras, and that gets an LPCM 2.0 Stereo track with English subtitles, and that worked well enough for me. Note that the English version gets localised with more than just the actors as the music is changed, and so are the credit sequences.

On inserting the disc, you get the choice of 3D or 2D, neither of which made any difference to me. The animated menus offer scene select, extras, or play. 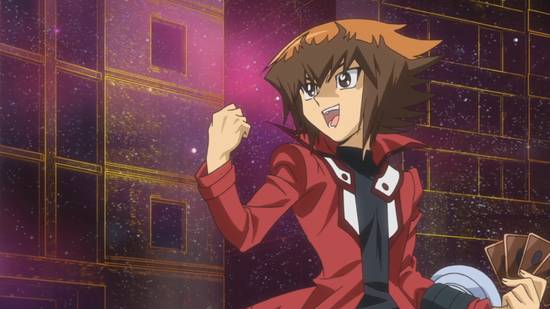 In the extras you'll find the trailer for the film, the Japanese version of the film at just less than 50 minutes, and the Bonds Beyond Recap (taken from the start of the film) at 10 minutes, and it appears that this is only available in English.

4Kids who held the licence for Yu-Gi-Oh! in the US got in to some deep water with the original licensors and had that licence pulled. It means that we in the UK get this film before the US, and indeed it may be that the US never gets this film. For once we get one up on our American cousins. Why'd it have to be this? 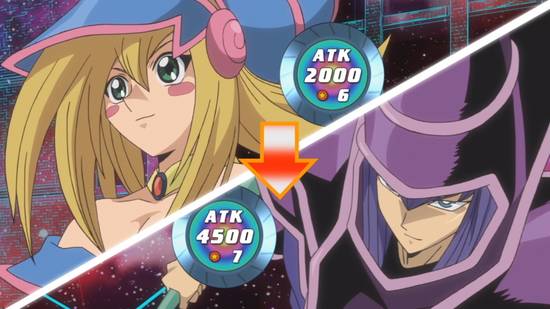 If watching a 50-minute animated card game is your idea of thrillsville, then this is for you. Three versus one, someone pulls out a card, a monster appears, they pull out another card, a special move is announced, the attack begins. Then it's the other guy's turn. They pull out a card or two, conjure up a monster, fancy attack ensues, and back and forth for the next 50 minutes. The odd thing is the shock with which they face the other player's moves, as if they have never experienced such play before, as if they are changing the rules in the middle of the game. They all look like they are cheating.

It's crap! Says the middle-aged guy who this is clearly not aimed at. But you know, when I was the age that this stuff is aimed at, I still wouldn't have watched it. I'd be watching He-man, or Jayce and the Wheeled Warriors, or Brave Starr, or The Mysterious Cities of Gold. I'd be watching Scooby Doo and the Flintstones, Tom and Jerry and The Blue Aardvark, hell I was watching The Drac Pack, and The Buford Files. The closest I came to animated card games were Dungeons and Dragons, and Pac Man Yeaahhh! (Insert your own Roland Rat impersonation). Even aged eight or nine, in comparison to the disposable nonsense I used to watch, I'd still consider this to be crap! 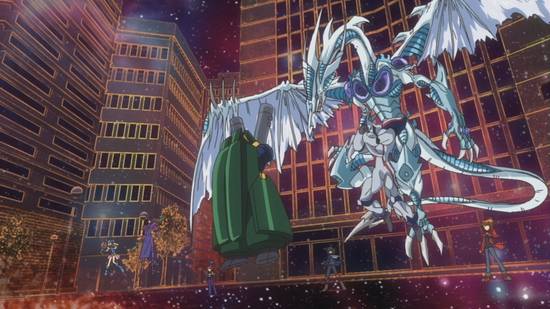 But, what do I know? If your sprog loves the Yu-Gi-Oh! shows, and constantly bugs you for the cards, then shell out for this Blu-ray. It's cheaply priced, and it may keep them quiet for an hour. In that regard, it's a shame that it isn't longer. 3D anime! You know, there's a 3D version of Ghost in the Shell: Stand Alone Complex: Solid State Society out there. Blasphemy!