DVD
My Bride is a Mermaid Complete Series - S.A.V.E. Edition 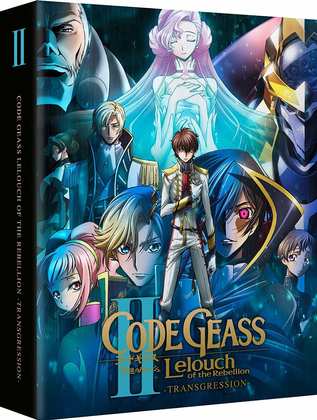 I’ve just finished writing my review for the third Code Geass movie, which I quite enjoyed, and left me feeling if not good, at least amicable towards the trilogy. But last week I actually posted the review for Code Geass: Lelouch of the Rebellion II – Transgression, for which amicable feelings are inappropriate. Let me work up some suitable indignation, as the second movie in the trilogy condensing the events of the 52 episode series isn’t very good. In fact its biggest problem is that it condenses most of the series down to its final act. 20-plus episodes into 40 minutes just don’t go, and it really does tell in this film. It’s a pity, as Code Geass is such a great anime. 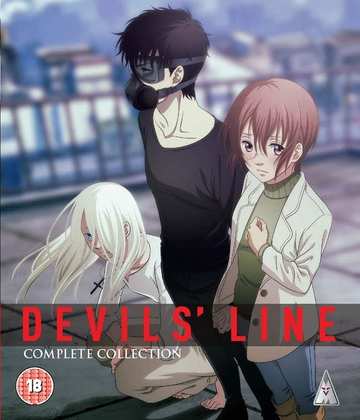 Speaking of coincidental, I’ve just started watching Tokyo Ghoul: re for review, and last week when I posted the review for Devils’ Line, I was accusing it of being a Tokyo Ghoul wannabe. That may have been harsh, as the Tokyo Ghoul franchise has dropped the ball on more than one occasion, enough so that it’s ripe for another show to come and show how it should be done. Alas, Devils’ Line isn’t that show. Certainly the set up is just as intriguing, transposing vampires for ghouls tentatively co-existing with humans, and providing a complex and conspiracy fuelled back-story. It makes for an interesting watch. The problem is that the romance at the heart of the show doesn’t quite work, and the end of the show is unsatisfying. Click on the review to read more. 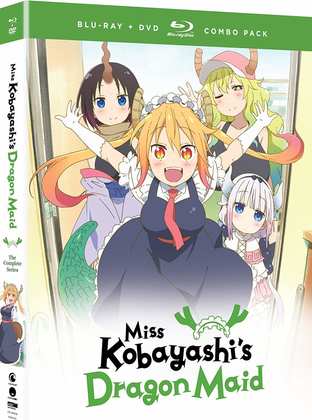 No coincidences here, just a review for Miss Kobayashi’s Dragon Maid, a delightful slice of life comedy from Kyoto Animation. The premise isn’t that great. A drunk office worker encounters a dragon during a night out, and invites her to stay with her and be her maid. The next morning, the hungover Miss Kobayashi opens her front door to find a maid with a dragon’s tail and horns ready to move in. Pretty soon, all manner of dragons are showing up and taking on human form, bringing complications to many. In the hands of anyone else, this would have been another crude comedy replete with fan service, but despite a couple of eyebrow raising characters, KyoAni’s presentation of the story has a whole lot of heart. 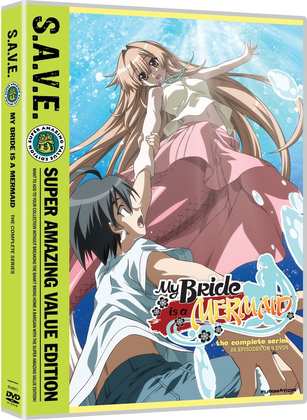 My Bride is a Mermaid. Why did I buy this? It was either cheap, or my curiosity regarding its provocative title overwhelmed my common sense. Either way, Tom Hanks and Daryl Hannah this ain’t! A high school boy goes swimming in the ocean, gets into trouble and gets rescued by a mermaid. The problem is that she’s a yakuza mermaid, and mermaid law demands that anyone who witnesses her existence should die. The one loophole is if they get married, and she decides to save his life. And when he goes back to the city and back to school, the whole mermaid yakuza gang kit and caboodle ups sticks and move to the city to join him.

My Bride is a Mermaid is one of those ‘wacky’ comedies that you get in anime from time to time. It’s not as bizarre as Excel Saga, but this isn’t the place to look if you’re in the mood for narrative or character development. Each episode pulls another weird plot idea out of the ether, and the show just goes to town trying to be as zany and as surreal as possible. The bottom line is that the show just isn’t that funny if you’re not in the mood for wacky and zany. There are moments that make me smile; one or two belly laughs that justify the show’s existence, but there’s nothing that makes My Bride is a Mermaid stand out as worthy of anything other than a cursory watch. Here’s my review. Funimation released this 2007 show on DVD only in the US, and it’s subsequently had a budget S.A.V.E. release. Little heads up for the UK, the US DVDs are coded Region 1 and 2, and you don’t need a region free player to watch them here.

All the Anime released Code Geass: Lelouch of the Rebellion II – Transgression on Collector’s Edition Blu-ray on December 9th 2019. MVM released Devils’ Line on Blu-ray on January 13th. Funimation released Miss Kobayashi’s Dragon Maid in the US on Blu-ray/DVD Combo in 2018 and you'll have to import.