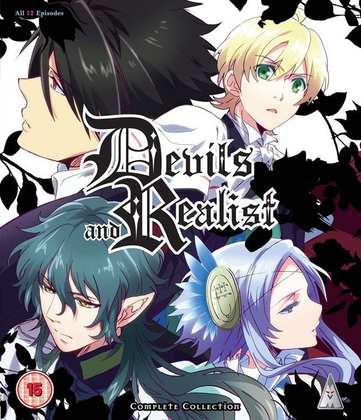 What can I say about Devils and Realist? Rich boy goes to a boarding school in Victorian times, but comes upon hard times when his uncle’s business goes bust. But his tuition and indeed his future might be sorted if he makes a deal with a devil, although not that kind of deal. He’s a descendant of Solomon, and his bloodline means he’s an Elector, the one who will choose the next interim leader of hell. Suddenly all manner of devils are showing up at his school. The problem is that he refuses to believe in all this superstitious claptrap. Alas, Devils and Realist sounds more interesting than it actually is. Click the review to see why. 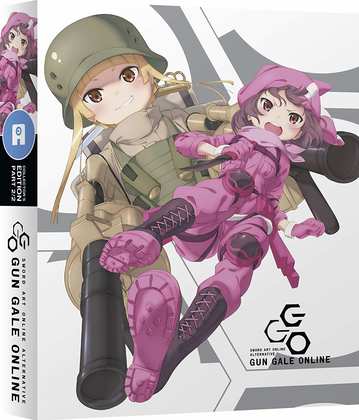 There’s more deflation to be had with Sword Art Online Alternative Gun Gale Online Part 2, although not as much as you might expect. It’s the spin off that is set in the rootin’, tootin’ shoot-‘em-up virtual reality videogame that appeared in the second season of Sword Art Online, and the second half of this series sees the main character having to fight to save the life of a friend by winning an online games tournament. Two problems that this show develops are 1) it apes the nastiness of its forebear in some of its characters, and 2) important parts of the story don’t make logical sense. But it is entertaining nevertheless. 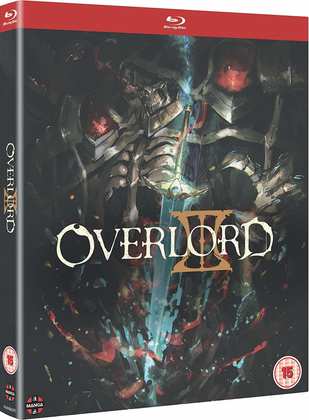 The fundamental flaws in a premise do for Overlord III as well. It’s another trapped in a fantasy world show, but here the main character is so omnipotent that he may as well be a god. That makes for a show that is light on the drama, and hard to find a sympathetic character to invest in. Season 2 remedied that somewhat by turning the attention away from the main character and instead focusing on the people that his actions effect. But Season 3 brings it back to the ridiculously monikered Ains Ooal Gown again, and the show suffers in my estimation. Click on the review to see if this is your thing. 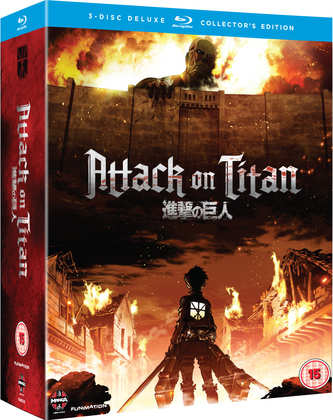 Attack on Titan Season 1. Funimation own Manga Entertainment now. You can debate whether that is a good thing for the UK anime industry or a bad thing for the independence of distributors, but one thing that it hopefully means is an end to Manga authoring their own versions of titles that Funimation released in the US. I forgot that they authored the Attack on Titan Season 1 discs, and started off, strapped for time, skipping the credit sequences as I usually do these days. Then I had to go back and watch all those bits over again, because I forgot that Manga’s discs had random chapter points, and I had missed about half an hour of Attack on Titan episodes in the process. It’s easy to see a show about a post-apocalyptic world, where the few surviving humans are preyed upon by mindless giants as pure exploitation. Certainly the live action feature films turned out that way. But there is so much more to Attack on Titan, especially now that I’ve seen Season 2 and half of Season 3 as well, that it makes it worthwhile to go back to the beginning and see what you missed the first time around (and not just because of the chapter thing).


Manga Entertainment initially released Attack on Titan Season 1 in two parts in 2014, a collector’s edition form that quite frankly wasn’t up to par with similar efforts in the US and Australia, although it was watchable enough. One problem was that they initially separated the Part 1 extra features and put them onto a DVD. That was rectified for the complete season collection in 2016 which got everything back onto Blu-ray, and that’s the one to get if you want the UK release. Here’s my review of Part 1.