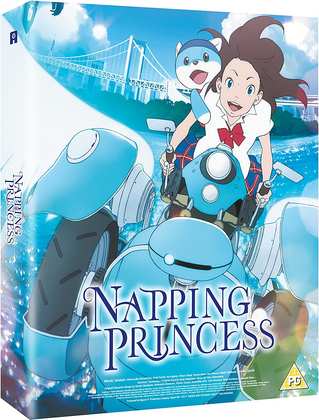 My first review last week was for the Napping Princess feature film, also known as Ancien and the Magic Tablet. It’s a modern day fairy tale from the director of Ghost in the Shell: Stand Alone Complex, and Eden of the East. Kenji Kamiyama brings his cyberpunk sensibilities to a story about a girl living in two worlds, the dream world and the real. When her father is unexpectedly arrested, she discovers that the truth behind the incident lies in her family’s past, a truth that can only be revealed in her dreams. After a wayward start, Napping Princess turned out to be the highlight of my week. Click on the review to read more. 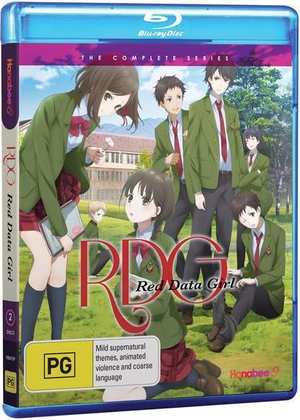 Next it was the turn of Red Data Girl. It’s from Studio P.A. Works which pretty much guarantees that I will spend money on it. The oddity was that it’s a show that only got a DVD release in the US. For the Blu-ray, I had to import from Australia. A girl who grew up at a shrine in an isolated community learns that she has a mystical destiny, the human vessel for a divine goddess. But if that goddess does take on human form, it doesn’t bode well for the world. So the girl has to go to a special school to learn to control this ability, along with plenty of other students with ‘supernatural’ tendencies. Frankly, it’s not one of P.A. Works’ finest hours, but it does look pretty. 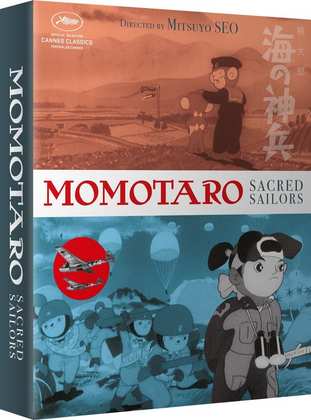 It’s hard to call Momotaro, Sacred Sailors a highlight in any definition. This is a film that’s notable for its history. 1) It’s the first ever feature length anime. 2) It’s a Japanese World War II propaganda film. It was a movie made to inspire young soldiers to the ultimate levels of sacrifice all for the sake of the nation, by lionising the country and its armed forces, and dehumanising and denigrating the enemy. There’s not a lot of entertainment value in a film like that, but there certainly has educational value. 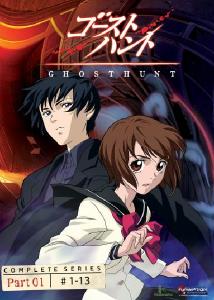 Ghost Hunt. Sometimes you read a title and it resonates in your mind, setting up expectations. The first time I got Ghost Hunt discs for review, I was all set for an anime Ghostbusters... Stupid things, expectations! A precocious and narcissistic teen has his own psychic research agency, where he offers his services as consultant and investigator when things start going bump in the night. A young schoolgirl gets involved when her school is investigated for a haunting, and subsequently she joins him and a Scooby gang of two priests, a shrine maiden, and a medium to look into strange happenings.

The stories are interesting enough, but they are hardly animated. This is one of those ‘people standing around talking for ages’ anime. But it does have its moments to shine. Manga Entertainment released it in the UK in two parts, and subsequently a complete collection. Here’s my review for part 1. It’s deleted now, so second hand is your best bet, although the Region 1 budget release is still in print, and the Funimation discs have superior authoring, so import would be better. But in a crowded genre, Ghost Hunt is pretty weak even when stacked against something mundane like Tactics.

Napping Princess while very great in terms of Japan's anime creativity is too bogged down with Japan's modern imperial revival propaganda. It feels similar to Kantai Collection where they take a part of their history of conquest and war crimes and turn it into an emotional tale of Japan's struggles against the evil foreign powers. (In this case they couldn't outright use America so they went with "aliens")

While Napping Princess doesn't automatically sound the same since it is about telling propaganda of Japan's future and not revisionist history to cover their sins of the past the anime is really (unfortunately) clear about its political motives. The whole story talks about Japan's stagnating industry and gives excuses for why it hasn't done anything revolutionary in the last 20 or so years. It sets the stage based on its aspirations for the coming 2020 Olympics where news has gone out for a while that they hope to present their self driving cars in the opening ceremony shuttling all the athletes to the stadium. The anime makes it seem like 20 years ago they could have easily had this technology but it just so happened that the industry leaders were too traditionalist and didn't think self driving or software in general could compete with their well made cars. (Japan's car industry is still very big and Toyota specifically is still the world's leading car brand) Finally it paints a sad story about how being so traditionalist cost Japan and on a personal level also cost the industry leaders bright minds that could have revolutionized it years ago.

But I will admit that if you don't pay attention to the obvious propaganda message then this movie is pretty good. A fantastic story about a girl with an overactive imagination whose dream reality mixes into what is really happening in the real world.

I want to end off just by listing out the angles this anime used to promote the propaganda.
So obviously the king or President Shijima is there to represent the old industry and how Japan's economy has stagnated. But instead of talking about its poor politics and economic management it blames Japan's problems on being too traditional. Just like any good propaganda there is a hint of truth. Japan is a very traditional society. But everybody that paid attention to it knew that being traditional wasn't their problem.
Ancien and Kokone of course represents the modern world and that Japan needs to embrace new technology specifically AI and self driving in this case. There's tons of attention thrown at how people weren't comfortable with a car that can drive itself and how Kokone and her father were trying to change that belief.
The colossus is where the anime makes it painfully obvious that its propaganda. The monster represents the media and public opinion of self driving tech. At first its just this thing that is holding "heartland" back and they have to fight against it literally at first with old car tech (engine heads) which is ineffective and then with "magic" or cars that "want to fight of their own free will!" which is effective. This all comes to a head when the evil Watanabe sends out a text "curse" against Shijima which the anime (manga more clearly) shows is just a slander campaign to worsen the fears of self driving tech. This changes what was just a single monster into a flood of black bats that starts burning the country to the ground and spreading everywhere. (just like a viral media campaign)
Finally there's the "magic" tablet. This is the tablet that holds the original autonomous vehicle program that was perfected by Momo. Not only does it really show self driving tech in a positive way it almost makes it like miracle power. Through the tablet the Ancien and Kokone can bring stuffed animals to life and motorcycles into deus ex machinas and of course turn just any old "engine head" into like an Evangelion! As soon as the "magic" is placed into the final engine head it literally sprouts wings and reaches the heavens to stop the monster's attack "saving the world."