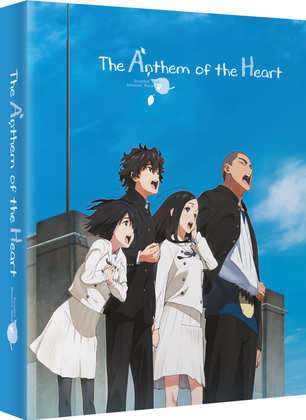 This is the second week in a row that I haven’t had to whinge about an anime that I’ve just reviewed. And given what I have on my reviewing slate right now, that trend might just continue for a week or two more. Actually, I’m going to begin by raving like a lunatic over the first review of the week, Anthem of the Heart, one of the best anime feature films I have seen in a long, long time. It’s the tale of a girl who one day stopped talking completely after her parents divorced, as she became convinced that the split was caused by what she said. Then in high school, she realises that she can still communicate through music. 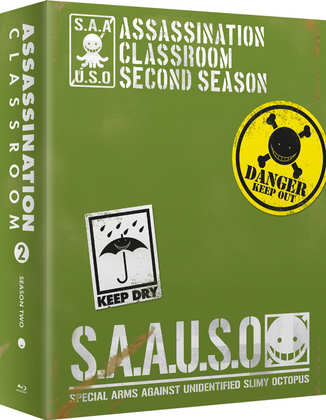 Then it was the turn of Assassination Classroom - Season 2 Part 1, the return of the fan favourite show that kicks off a whole new school term of students trying to assassinate their not-alien tentacled teacher. It takes a bit of a while to find its feet, but it isn’t long before the show is delivering what fans expect in terms of character and story. Click on the review to read more. 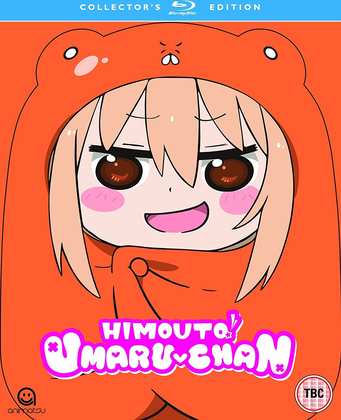 You wouldn’t believe that I was expecting the worst from Himouto! Umaru-chan, but there I was, daring it to do its worst after previously having been stung by an anime with a superficially similar premise. Umaru’s a perfect girl outside the apartment, a girl that her school friends look up to, but at home, around her older brother, she’s a total slob, lazy, and addicted to manga, anime and videogames. This sketch format comedy follows her and her brother as she tries to keep her home life and school life separate, not always successfully. 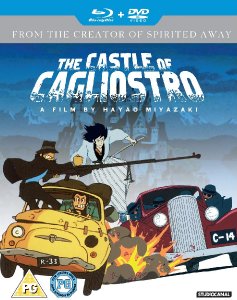 The Castle of Cagliostro. It’s been a while since I’ve watched a Ghibli movie, or in this case, a pre-Ghibli movie. There’s something about Miyazaki’s animation and storytelling style that just draws you in, his way of capturing character nuance. Having said that, with The Castle of Cagliostro, he was playing in someone else’s universe, the Lupin III universe, and that resulted in a film that reinvented the character to conform to Miyazaki’s vision. His Lupin III is a thief with a heart of gold, and sexually unthreatening to boot. It always comes as quite the shock for people who watch this film before trying any other part of the Lupin III franchise. It is still fun and entertaining though, apart from the ten minutes in the middle act spent running around the castle dungeon, a scene which has never failed to put me to sleep.

The Castle of Cagliostro was one of the earliest Miyazaki films that Studiocanal released on Blu-ray back in 2012, and it is still available as a BD/DVD combo from them now. Here’s my review. It is a 1080i 60Hz transfer though, and has a few niggling issues with interlacing as a result. Discotek Media in the US have since released their 1080p Blu-ray, and unlike the UK disc it is replete with extra features, as well as three English audio tracks as opposed to just the one on the UK release. It is locked to Region A though.