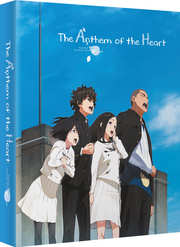 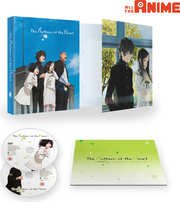 Review for Anthem of the Heart - Collector's Edition

Words can be weapons. A complete stranger might say the most vile, offensive and cruel things, and it can barely perturb. But if someone you know, trust or even love says something innocuous, perhaps completely unmeaning and unaware, it might have the power to wound you deeply, scar you in ways that affect your whole life. To this day there are two phrases that echo in my memory, verbal landmines that changed the way that I see people, and how I interact with the world, “You got what you deserved,” and “Probably just a couple of kids having fun.” Thirteen words, two sentences, and scars that will never fade. I’m sure I’m not alone, that everyone will have had moments like this in their lives, when someone that they care about hurt them deeply with an off the cuff remark. That’s what makes this film, The Anthem of the Heart so universal. 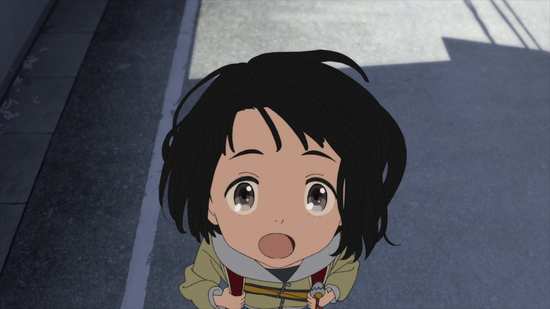 Jun is a little girl with a big imagination, and a facility in sharing her dreams. She loves the castle on the hill; it’s a magical place that she wishes that she could visit one day, be a princess at a ball. Then one day she sees a prince and a princess coming out of the castle, and she rushes home to tell her mother all about it. Only it’s not a castle, it’s a love hotel, and while the prince was her father, the princess was not her mother. Her mother told her to stop talking when she realised the truth, but it was too late, Jun’s family was broken. And when Jun’s father left, he blamed Jun’s chatterbox nature for the break-up. Devastated, Jun cried for help, which is when a magic egg appeared, and promised her that if she sealed her words away, she’ll never hurt anyone again, she’ll have a peaceful life, and one day she’ll meet her prince. 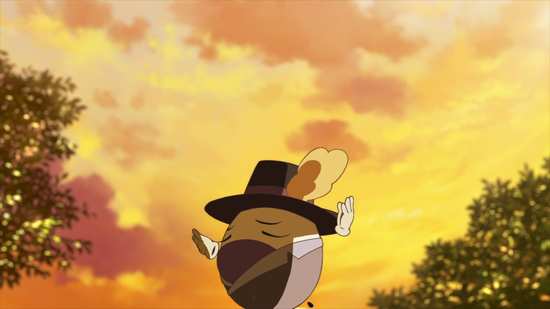 Years later, Jun Naruse is the odd girl in high school, the one who never talks. Her mother doesn’t understand her, the neighbours gossip about her, but trying to talk gives her an excruciating stomach-ache. The last thing she needs is to be a part of any class activity, but when no one volunteers for the Community Outreach Committee in their class, the teacher volunteers Jun and three other reluctant candidates to lead the project. The class has to put on some kind of performance for the local community, and it’s the committee that has to make it happen. The teacher’s big idea is to put on a musical, the kind of work that elicits groans from the students, but Jun realises that while she can’t speak of her feelings, she can sing. 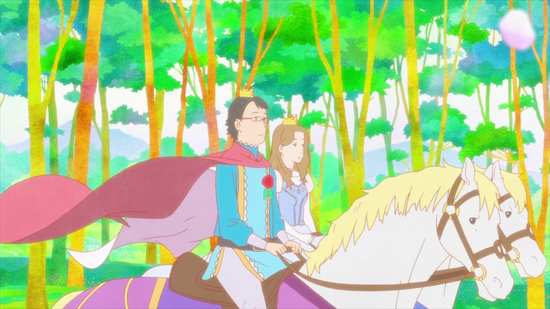 The Anthem of the Heart gets a 1.78:1 widescreen 1080p transfer on this Blu-ray. It’s clear and sharp throughout, with strong, consistent colours, and no issues with compression, banding or any other such artefacts. It’s a good thing too, as this film is a proper, theatrical quality animation, rich with detail, and with strong and imaginative character animation. The opening scene where a joyful, little Jun runs up the hill to the castle, wholly exhilarated is a case in point. The character designs are pleasant and consistent, while the world design is detailed and lush. This is a great animation. 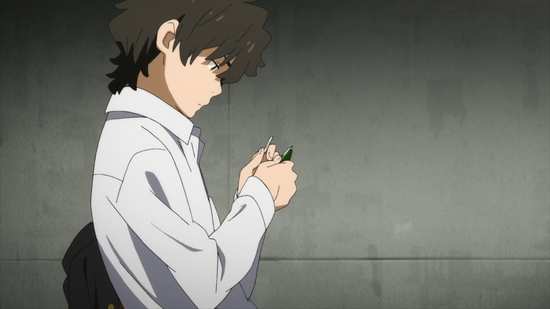 You can choose between DTS-HD MA 5.1 Surround and PCM 2.0 Stereo Japanese with optional English subtitles. The dialogue is clear throughout, the film does a good job in immersing you in what is really a dramatic, dialogue (except for Jun) heavy story, with little in the way of speaker shredding action. But the surround design is effective and rich, while the high point of the film, the music is brought across well. The subtitles are timed accurately and are almost free of typos. There’s one at 65:40, where ‘forced’ is spelt, ‘focred’. 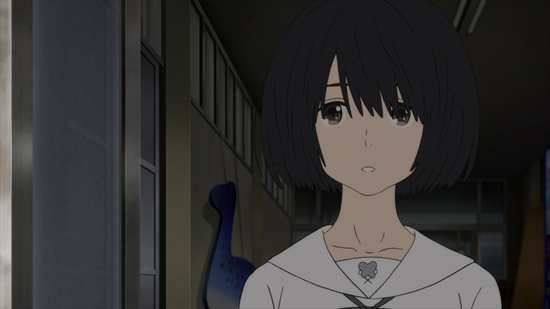 This is actually a Western debut for the film. Aniplex US had previously imported some of the Japanese stock for sale in the States, but hadn’t produced a domestic release, and while you do get extra features on those discs, at Aniplex US prices, not all of those extras are translated. The wallet damaging Limited Edition does contain the soundtrack CD, which is absent from this UK Collector’s Edition release though. 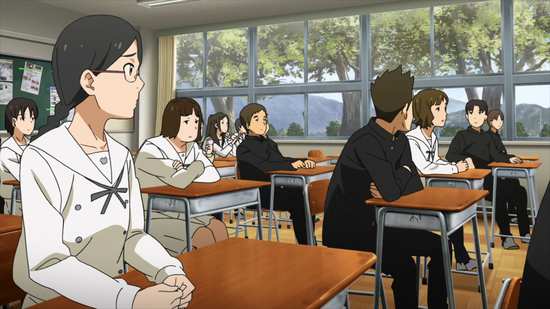 I haven’t seen the retail release to comment on the packaging or the physical extras (booklet). 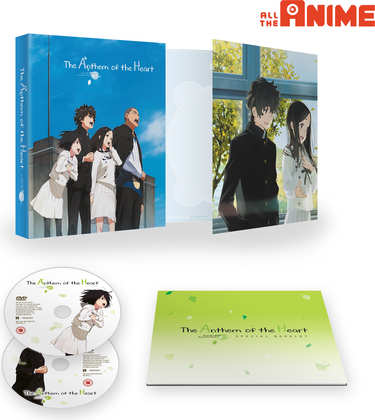 I think I might have a new favourite anime movie. The Anthem of the Heart is transcendent. It looks at issues that we can all relate to as an audience, delivered in a fairy tale mystique that makes it visually appealing, and it deals with its main characters’ issues through the medium of music, which delivers for the aural sense. And it’s all told with appealing, well-written and complex characters, in a beautifully crafted and pitch perfect story The Anthem of the Heart is a fantastic feature film, one of the best I have seen in years, and I got goose-bumps, was moved in a way that I haven’t been since I first saw The Girl Who Leapt Through Time. 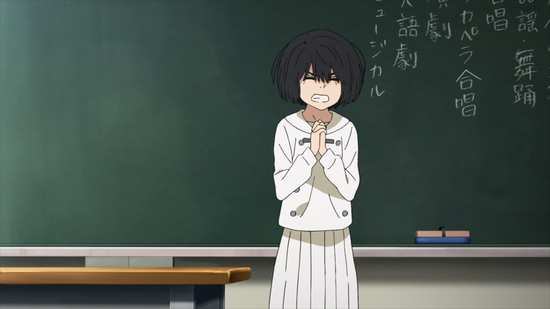 It’s such a common thing, the trauma of words inflicted by the people we’re close to. Jun’s silence has become pathological by the time she’s in high school. She’s first traumatised by the thought that she broke her parents’ marriage, then her mother’s unthinking plea for her to be silent adds to that guilt, and it’s topped off with her father’s spiteful parting remark. It’s no wonder that she rationalised a fairy tale reason to remain silent as a child, a ‘curse’ that she’s lived with ever since. The very act of speaking causes her pain. 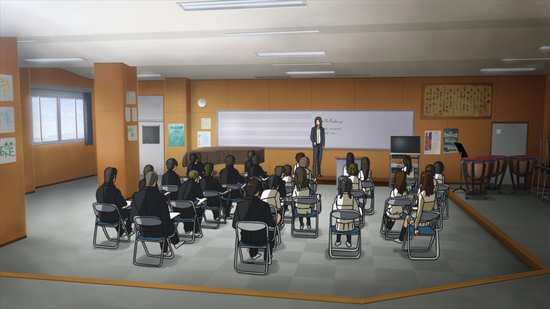 It turns out that all of the ‘volunteers’ for the Community Outreach Committee have their traumas. Just like Jun, Takumi Sakagumi’s parents are divorced, and while it was more recent for him, his talent as a musician and his educational future become one more thing for his parents to row about; something that has left him feeling ambivalent about music. Natsuki Nito was briefly Takumi’s girlfriend in junior high, but her inability to relate to him while his parents were divorcing has left her with regrets, and now that it seems that Takumi is getting close to Jun, she has conflicting feelings about that. 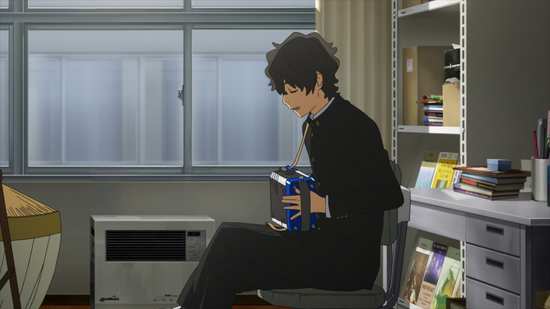 Finally there is Daiki Tasaki, the erstwhile delinquent of the group. He was the baseball ace in the school, but since he injured his elbow, he’s at something of a loss, acting as an unwelcome coach for the team, throwing his reputation around, while frustrated at his inability to compete. He’s the last person who wants to do something as ‘creative’ as the Community Outreach thing, and he’s the first person to make his annoyance felt. 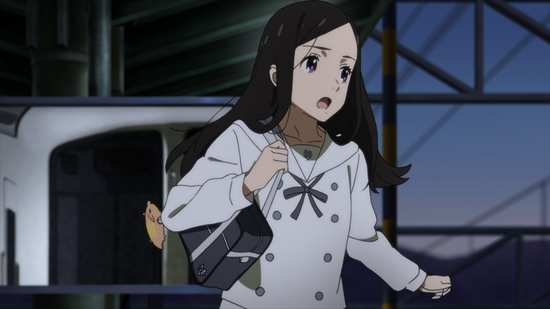 It’s the teacher’s idea to put a musical on, and it’s met with the usual groans of a class that wants an easier life. Even Jun’s first instinct is to refuse, although her halting attempts to say no leave her doubled over in agony. It’s when she hears Takumi messing about with an accordion, putting impromptu lyrics to a classic tune, that she realises that there is a way for her to express her feelings other than speech. It takes a lengthy SMS conversation with Takumi to convince him of her idea, of the story she wants to tell, and he comes on board. But convincing the rest of the class is another matter. It devolves into a clash of personalities, an argument that almost comes to blows, before Jun sings out her frustration and stops the fight. It also convinces the class that there may be a way to do this. Of course the road to success isn’t an easy one. There are pitfalls along the way, and as you might expect, on the eve of the musical, there is a setback which threatens the whole thing. 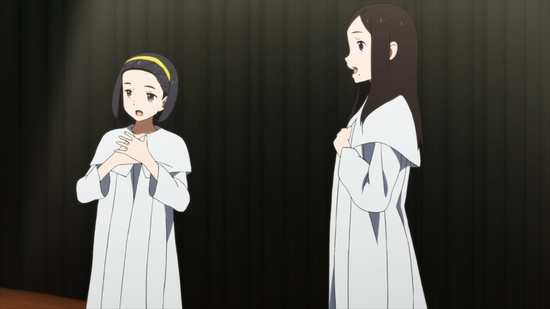 The Anthem of the Heart is a magical tale about a girl who has lost her voice, her ability to connect and be a part of the world, and who regains it through the power of song. But it’s also a film about healing. All of the main characters go through a process of dealing with their issues and becoming stronger, better people as a result. At its heart, this movie is about communication. Adults can deliberately wound with their words, but children do the same inadvertently. It takes time to develop empathy skills, so it’s hard to know what effect your words have on others. It’s not just about Jun regaining her voice, but these young adults learning how to be kind with their words. It’s a powerful, effective message that makes this film one of the best anime movies that I have seen.