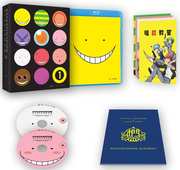 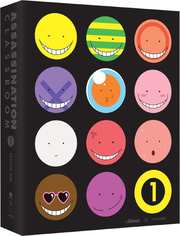 Synopsis:
At Kunugigaoka Junior High School, class 3-E is the lowest of the low. With abysmal test scores and no future prospects, they’ve been given up on and hidden away from the main campus at the top of a deserted mountain. But when a super-powered tentacled creature with a thirst for destruction becomes their new teacher, they’ve got a brand new assignment to get them inspired about school: take him out.

In addition to reading, writing, and arithmetic, the murderous monster behind the lectern will teach his students everything he knows about the assassination game. Should some eager beaver prove to be a Grade-A assassin, he or she will save Earth from extinction – and collect a hefty reward. But they’d better study up, because their saboteur sensei has already taken out most of the moon, and our planet is next on his list!