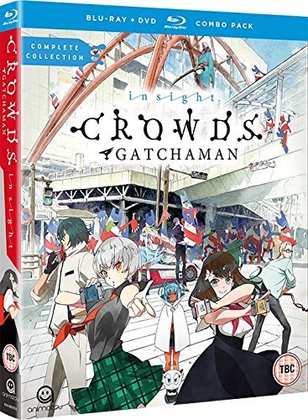 Talk about a timely release! You might recall from my review of the first series, that Gatchaman Crowds didn’t quite hit all the right notes for me, with a couple of flaws detracting from its message. Now the sequel series is here, Gatchaman Crowds Insight, and to be blunt I did see those same flaws again. But this time the message is so much stronger, so apropos the current state of the world, that you barely notice the flaws. Insight is about politics, and it’s about populism. You have to realise that Insight was made before the forthcoming General Election, before the French Election, before Trump and before Brexit. Click on the review to read just how prescient a show it is. 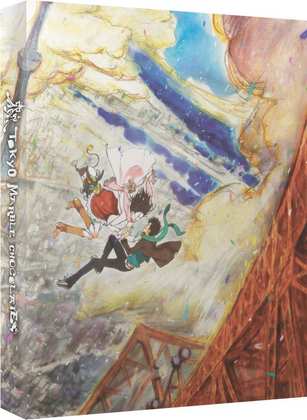 Then it was the turn of Tokyo Marble Chocolate, a long awaited release of a romantic OVA. There are just two episodes to tell the story of a very agreeable and pleasant couple, who through a lack of communication are on the verge of breaking up. When into their lives comes a very unusual pet. Standalone OVA releases are pretty rare these days; they don’t make too many of them in Japan anymore, so there might something of a nostalgic vibe to watching a story unfold in two episodes, but the storytelling and the animation is up to date, for 2007 when this OVA was made. 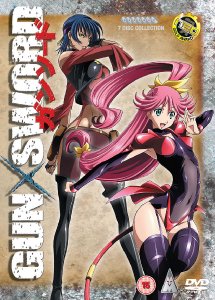 Gun X Sword. Despite my increased exposure to the genre over the years, I still find giant robot shows a tough concept to buy. The worst shows are the ones where the human characters are diminished while the giant robots get seriously anthropomorphised. Gun X Sword is a pretty decent one though, which doesn’t go down that route. It focuses on the human characters first and foremost, tells a practically classic tale of revenge, and has something of a Western feel to it. But its greatest strength is also its greatest weakness. Eschewing the traditional moustache twirling villain, its antagonist is a well-meaning man who is determined to leave a better world than he found, and is set on that path regardless of the blood he has to spill to do it. And somehow, the kindly old fellow never seems quite deserving of the hero’s vengeful rage, an oddity of tone that doesn’t serve the show well. But it has got an intriguing world for its characters to explore, and that is quite a bit of fun to watch.

MVM released Gun X Sword in single volumes in the UK back in 2007, which Matthew Smart reviewed on this site. You can read my review of the complete collection, or Stuart McLean’s for contrast as well. MVM have subsequently released the show in several flavours of Complete Collection (I have the thinpack collection on my shelf, although the last release available was the Amaray fatpack), and unfortunately it has been deleted in the UK. Some new copies and second hand copies are available on retail sites, but it might be cheaper to import Funimation’s Region 1 S.A.V.E. release instead.

Animatsu release Gatchaman Crowds Insight as a BD/DVD combo today. All the Anime will release Tokyo Marble Chocolate as a Collector’s Edition combo release on the 29th May.