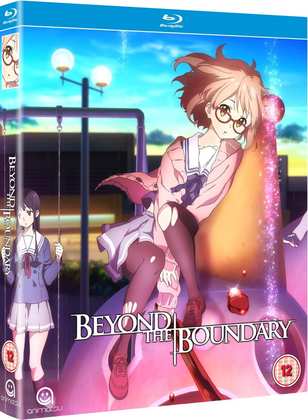 Sometimes you only need to watch a show once to fully appreciate it. Other times, repeat viewing may offer a different perspective, may cause you to re-evaluate your opinion. Suprisingly, Beyond the Boundary is one of the latter. I say surprisingly given that it’s hardly the most thought-provoking or deep of anime. It’s a safe, trope satisfying show from KyoAni but this third time of watching it, the first on Blu-ray revealed much more to appreciate about its characters than the last time. Of course KyoAni’s stunning animation is best appreciated in high definition. Click on the review to read more. 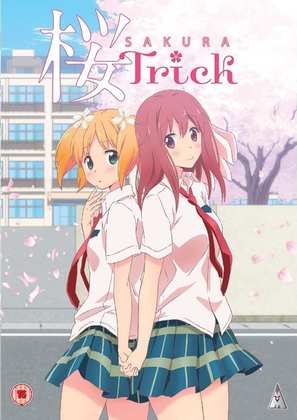 It’s rare to get a show that appeals to what seem like diametrically opposed audiences, and it usually happens by accident. Sakura Trick seems to have accomplished this by design. After all, it devotes a lot of time to high school girls kissing other high school girls, which you might think would sate the fan service needs of many a teen male otaku. On the other hand, Sakura Trick offers a warm and gentle look at friendship, the joy that people can derive from being in each other’s company, and that is usually a topic that trends towards the young female anime audience. The surprising thing is that Sakura Trick is really quite good, despite the apparent dichotomy. 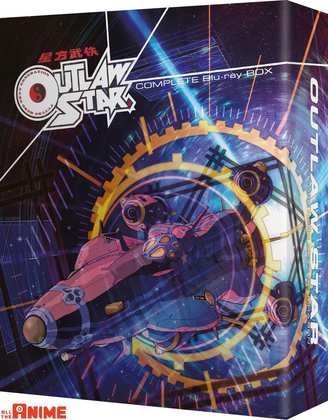 It was a second time viewing of Outlaw Star as well to round off the week in reviews. Although fans have had to wait over two years for this vintage show to make its UK Blu-ray debut. It’s a Star Wars inspired space adventure show, with an unlikely hero and his kid sidekick inheriting the best ship in the galaxy, and with an unlikely crew setting off to find the secrets of said galaxy. It’s a fun and fast paced adventure with some great characters. Originally released long ago on a continent far, far away by Bandai Entertainment, its UK debut on DVD saw it get a re-master that made it one of the best looking vintage anime on that format. Now that it’s here on Blu-ray, it is now one of the best looking vintage anime on this HD format as well! 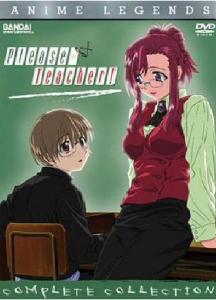 Please Teacher. There have been three similar shows from these creators, Please Teacher, Please Twins, and Waiting in the Summer, but I always seem to come back to the first, and in my opinion the best. Please Twins went in the uncomfortable incest direction, while Waiting in the Summer may have had the production values, but it was pretty much a remake of Please Teacher, albeit without the ‘age-gap’. But Please Teacher’s tale of an unlikely romance between a young schoolteacher and her student still works the best. The show bends over backwards to ‘normalise’ the relationship. She’s actually an alien visiting Earth, while he’s got a disease that makes him ‘standstill’ during moments of intense stress. The standstills have left him an 18-year old in a 15 year old body. To avoid getting in trouble when caught in a compromising position by the headmaster, they wind up having to get married, which brings in a whole heap of other headaches.

Waiting in the Summer might have had the production values, but its Please Teacher that has the more likeable characters, the more entertaining story, and when it comes down to it, it has more heart, which is most important in a romantic comedy. Unsurprisingly given the content, no-one ever released it in the UK, or to my knowledge even tried. It was released in the US by Bandai Entertainment (here’s my review of the Bandai Anime Legends release), and since that company closed up anime shop, TRSI has picked up the license and re-released it on Region 1 DVD. If you want it PAL-ified, then Madman Entertainment also released it in Australia.