DVD
Requiem From The Darkness: Vol.1 - Turmoil Of The Flesh (UK) 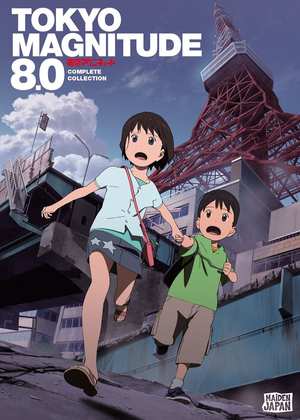 There were a couple of reviews for you last week, beginning with one from my own collection, Tokyo Magnitude 8.0. This is a title that understandably was delayed on its way to the US release. It was an unfortunately timed show about a fictional earthquake, just a year or so prior to the actual Earthquake hitting Japan. But if you’re looking for something different from your anime, a show without the usual moe tropes and fan service clichés, then this modern iteration of bleak, realistic anime such as Grave of the Fireflies or Barefoot Gen is well worth a look. It follows a young brother and sister, who wind up on the wrong side of Tokyo when a devastating earthquake hits the city, and have to walk home through the devastation. Click on the review to read more. 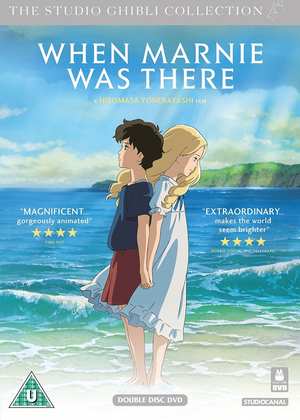 Then it was the turn of When Marnie Was There, to date Studio Ghibli’s final feature film. If you read my review, you can see that as well as being enthusiastic about the film, I also exuberantly announce that I was immediately upgrading the DVD check discs to the retail Blu-ray. You might want to hold up on that, as the retailer sent the Blu-ray to me early, and I found it to be faulty, and it seems I’m not the only one. It’s a pity, as Ghibli’s last film is a great one, harking back to the quality features from their heyday. It’s a tale about two lonely girls who forge an unlikely friendship in a quiet seaside village. But there’s a mystery to this friendship which casts an ominous shadow. 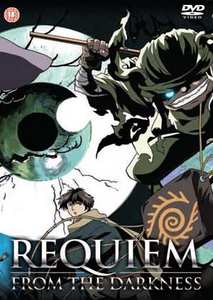 Requiem From the Darkness. I used to say that I hated horror, that it was a dull, tedious, and un-entertaining genre, replete with clichés and over-used tropes. I’m a bit more discerning now, but it’s shows like Requiem From the Darkness that inspired my indifference when it came to horror anime. I picked it up in one of those MVM clearouts at a pound a volume, and the first time I watched it, it failed to register with me. The second time I watched it, I slept through most of it. So this is either the third time or the final time, and this time I’m making sure I watch it early in the evening when I’m less likely to fall asleep, to give it my full attention, and give it the benefit of the doubt. It’s an anthology of horror, centred on traditional Japanese ghost stories, set during the Edo period. The linchpin is would-be author Momosuke, who is looking to gather material for his Hundred Stories. He runs into an odd trio early on that have an affinity for the supernatural. It turns out that their job is punishing sin, and most of the sin that they uncover is wrapped up in the spooky mysteries that Momosuke is looking into. At first, the punishments that they dish out make them look as guilty as the sinners that they find, at least to Momosuke, but the longer he stays with them, the more that he sees, the more he risks stepping permanently into their world.

The embarrassment of falling asleep at 5pm! Requiem From the Darkness is all style and no substance. In its visuals, its sound design it is an exemplar of Gothic anime, spooky, atmospheric, stylish. But without the substance it means nothing. What you have here are repetitive stories and wafer thin characters. Each episode is 20 minutes of narrative noise, before Mataichi rings his bell and brings proceedings to a close. At least that was my take on it. The only good things about it are the theme songs, although I can’t explain the Manga logo at the head of that video... Stuart McLean reviewed the whole thing when it was released as a collection, and he’s a little more appreciative of Requiem From the Darkness. Just a little though. Both it and the single volumes are still available to buy, although it’s only the collection that is still in print, and it’s MVM that released it.

Tokyo Magnitude 8.0 is an import DVD from Maiden Japan in the US, released back in 2013. Their Blu-ray is Region A locked, but there was an Australian Blu-ray release that you’ll have to work to find at this point. StudioCanal release When Marnie Was There today on dual disc DVD, Blu-ray DVD combo, and Collector’s Edition Blu-ray, but as mentioned, I’d give the Blu-ray a wide berth until its authoring issues are resolved.