Terraformars Has Been Indefinitely Delayed?

This series was due for release as a Kazé Manga joint at the end of the year, or at least its first instalment, but a tweet from Manganimatsu head honcho Jerome Mazandarani reveals that Warner Brothers have potentially thrown a spanner in the works. Terraformars is a Warners Japan property in its native land, and it could be that its eventual UK release will come through Warners directly. Given the treatment that Warners gave Jojo’s Bizarre Adventure, released in the UK last month, Terraformars fans have already started head-desking themselves into despair. 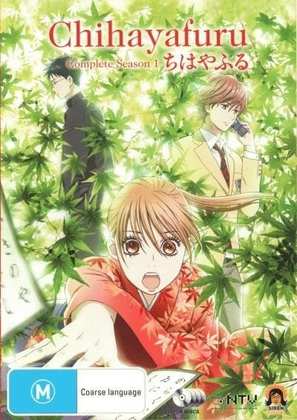 Three reviews for you last week, beginning with a little something from my own collection, Chihayafuru Complete Season 1. This is one of those rare anime shows that you have to import, and even then, you can only get an English subtitled version from Australia. No one in the US has seen fit to license the show, even now, despite the impact that it has made on Crunchyroll, as well as the fervent fan following that it has picked up. Perhaps it’s because it’s a sports anime, and an obscure Japanese card game at that. But it took only one watch to confirm it as one of my favourite shows. The card game is based on ancient poetry, which appeals to my appreciation of literature, while the characters are fantastic. The writing is perfect, combining card game action with drama and comedy, and each episode manages to make you laugh, get you on the edge of your seat, and get you invested emotionally, leaving you wanting more. Click on the review to read more about this gem of a show. 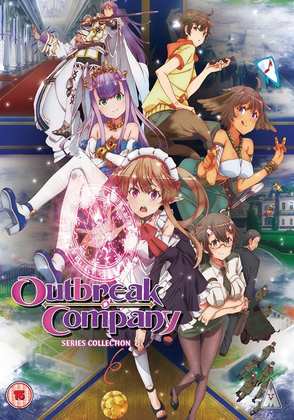 Then it was the turn of Outbreak Company Collection, which turned out to be quite a deceptive show. At first, the premise sounds like nothing you have heard before, an otaku selected to live in a parallel universe, a fantasy world where he is to extol the virtues of Japanese pop culture to the natives, selling them on the idea of manga, anime and videogames. In practice it seems familiar, a wimpy teen male lead surrounded by a harem of exotic girls with comedy ensuing. But then Outbreak Company reveals its hand, a delicious satire on those very tropes, and on the pop culture phenomenon on general, offering the same kind of cutting observations that Welcome to the NHK did, but cleverly sugar coating the pill. It’s definitely a show to check out. 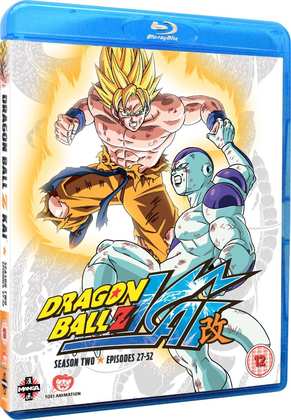 It was all going so well! Finally, finally I made it through Dragon Ball Z Kai: Season 2. It’s here that I learned that I really don’t like Dragon Ball Z. I may have convinced myself that it was amusingly tolerable when I reviewed the original series, but watching the Kai version, shorn of the flashbacks and filler, and padding, reduced to the original manga storyline, left me with no illusions about how I feel about this particular show. Part rant, part review, all whinge, Robowhinge, the future of home entertainment. Click on the review to see why I will never watch anything called Dragon Ball, ever again! 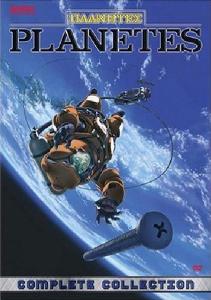 Planetes. If DBZ is the nadir, Planetes is the apex of the medium, and I always relish the chance to revisit one of my favourite shows. It’s speculative sci-fi fiction done right, with an amazing degree of realism and plausibility. Planetes postulates a future where space has started being colonised and has been commercialised. But near Earth orbit is so crowded that debris from launches, from habitat construction, or just simple waste has become a real danger (when a screw travelling at kilometres per second strikes a spaceship hull it can be fatal). It falls to companies’ Debris Sections to clear space of orbiting detritus. But it is a thankless job, the equivalent of space dustmen. Planetes follows a young idealistic company employee who has always wanted to work in space, but who winds up consigned to the Debris Section of the Technora company, a half-strength band of misfits where she often butts heads with her pragmatic senior. Sci-fi, office politics, office romance, action, terrorism, drama and comedy, and the most realistic depiction of space exploration and development I’ve seen in fiction, Planetes has it all and more. One of the best anime shows, full stop.

That Japanese Blu-ray trailer brings a tear to my eye... I reviewed the US Bandai Entertainment DVD release ofe Planetes Complete Collection some years ago, but as it’s another Bandai Entertainment /Beez Entertainment package, it won’t be easy to find at this juncture, and while Funimation did pick up a whole lot of former Bandai titles that they are releasing at a snail’s pace, they didn’t pick up this one. Second hand seems to be your only option at this time if you want the UK or US versions. If you don’t mind French packaging, the very same Beez discs are available for new from France, essentially the same release, and it’s a very good price at the time of writing, just 17 Euros on Amazon.fr. If English packaging is essential, then Madman’s Australian release is still in print as well, for a little bit more. I strongly recommend either one.