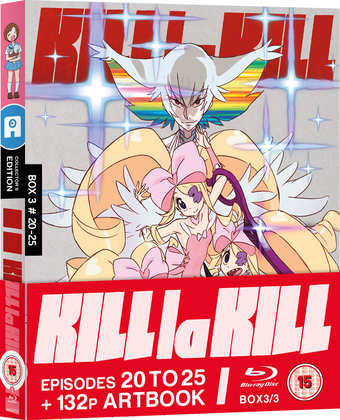 There was a bit of news last week, with the confirmation at last of the release of Future Diary, a.k.a. Mirai Nikki from Kazé towards the end of the year, while in other, probably Kazé news, someone spotted season 2 of Magi: The Kingdom Magic being certified at the BBFC. But really, I’m still running headlong through the June’s end anime review glut, beginning this week with the final instalment of Kill la Kill in Part 3. This has to be one of my favourite releases of the year, anarchic, tongue in cheek, parody action, with the wildest characters and even wilder animation. For its final part, All the Anime did something special, offering some very nifty Limited Edition packaging for all three parts. Click on the review to see what I thought about the series. 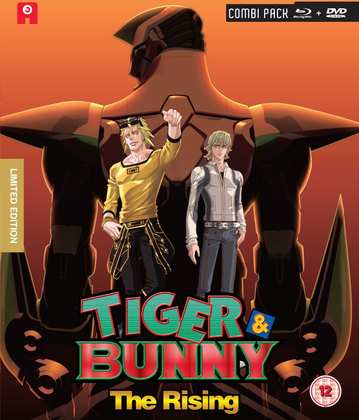 Then it was the turn of Tiger and Bunny: The Rising, itself a conclusion of sorts, as to date there has been no mention, no announcement of any further Tiger and Bunny anime. The Rising is the second feature film about the superhero and reality TV mash-up, and unlike the first film, this one is a completely original piece, and set some time after the television series if you’re into continuity like that. Personally I found it to be the best superhero feature film I’ve seen so far this year, and it’s well worth taking a shot on. 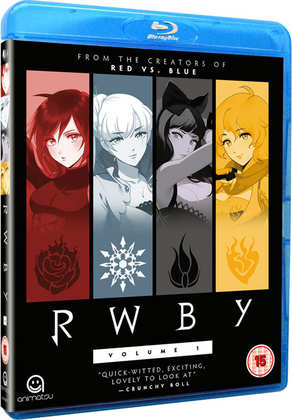 That was it for the anime believe it or not, but not for the animation. If you want something in the anime style, RWBY: Volume 1 is coming out. This web series is from Rooster Teeth, the makers of Red vs. Blue, but it’s a wholly original creation, set in a fantasy world that borrows heavily from classic fairy tales. This world is one plagued by monsters, and it’s down to Hunters and Huntresses to keep the world safe. This first volume follows Ruby Rose as she starts her training at Beacon Academy, and becomes the leader of an unlikely team of Huntresses. This trailer got me interested in the show, but the review reveals whether the show held my interest. 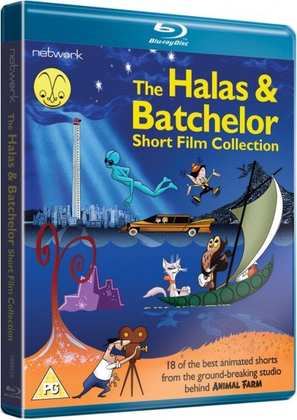 To round off the week, Stuart McLean wandered down the delicate rose-covered path of British animation history as he took a look at The Halas & Batchelor Short Film Collection. This husband and wife run animation studio was formed in 1940, and are probably best known for the Animal Farm feature animation. But over the years, they created hundreds of short films from wartime propaganda to children’s animation, to advertising to public education, and this collection offers some of the cream of their output. Click on Stuart’s review to learn more about this fascinating period of British animation history. 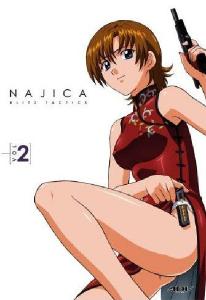 Najica Blitz Tactics. Yes, well... There’s only one word that is appropriate here. Pudenda! Najica Blitz Tactics is unadulterated fan service of the old school, where the anime cameraman spends all his time pointing his camera at panties, where mini-skirts are like belts, and where femaleS will somehow contrive to be spread-eagled at several points in an episode. It almost doesn’t matter about the rest of the show, but if you can look beyond the underwear, there’s actually a decent spy action show in here, a futuristic sci-fi story that actually has something to say about the relationship between humanity and artificial intelligence. And it has an awesome jazz soundtrack. But really, all you are going to see here are upskirt shots of animated girls.

Anyway, here’s my old review for volume 2 from ADV, and I’m surprised to see that my opinion holds firm for this show. Then again, it was a low opinion in the first place. Najica Blitz Tactics is well and truly deleted on both sides of the Atlantic, although some e-tailers might hold the rare copy at daft prices. But really your best bet to watch the show is through the second hand market, either looking for these single volumes or a complete collection.

It’s all coming out today, the 29th of June. All the Anime release Kill la Kill: Part 3 on Blu-ray and DVD, and they release Tiger & Bunny: The Rising as a combo pack. Animatsu release RWBY: Volume 1 on DVD and Blu-ray, and Network Distributing release The Halas and Batchelor Short Film Collection on DVD and Blu-ray.