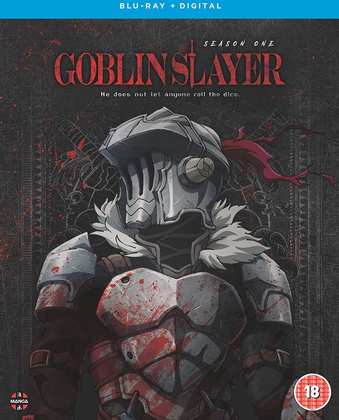 Can you imagine a TV show called Buffy the Goblin Slayer? It’s not the kind of concept that would get past the first season. Let’s face it, in the history of role playing games, both online and on paper, the goblin has always been thought of as the disposable minions of darkness at best, comic relief at worst. And then Goblin Slayer Season 1 comes along, and turns orthodoxy on its head, surprising us, and most of its characters with the reveal that being weak only makes a goblin more cunning, and nastier. Even in this show’s world, the Goblin Slayer, despite his ominous armoured garb, is thought of as a bit of joke. But as we learn in this show, he’s the hero that the world really needs. And just as the premise truly deserves, one season isn’t all we get. There’s a movie coming too. 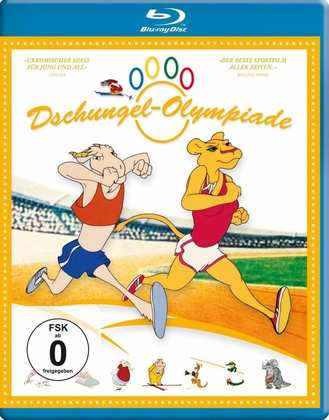 I headed West for my next review, and back in time by 40 years. Animalympics is one of my nostalgic treats, a film that I discovered as a child, and one that has stuck with me ever since. At the time of writing, this Blu-ray is only available from Germany, so in all likelihood you have one month before you’ll have to pay import duty. It’s worth it though, as Steven Lisberger of TRON fame created this cartoon for the US broadcaster that would be televising the 1980 Moscow Olympics, before that infamous boycott happened. We’re left with tantalising thoughts of what might have been, and quite the fun cartoon movie as well.

2020 is another Olympic year, and this time the action will be in Tokyo. I wonder if the anime companies have anything planned to tie in to the sporting extravaganza. A cursory Google failed to reveal anything, but there is this official anime promo for the 2020 games. 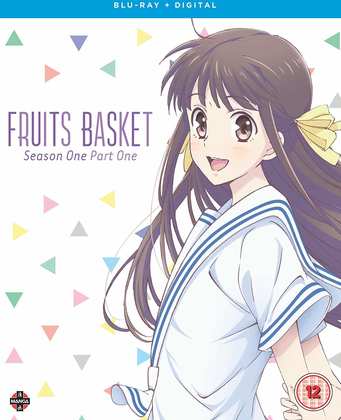 My next review was for Fruits Basket, which is now the sixth time I’ve attacked my keyboard over this story. However, this time it’s a remake. Fruits Basket (2019): Season One Part One is the first in a new series, which goes back to the original manga and adapts it to the author’s specification. The animation is 20 years better of course, but the story has its complexities and darkness restored, the characters are a little more dimensioned, and come Season 2, we’ll be seeing story that was never originally animated. Even if you love the 2001 original as I do, you need to see this remake. 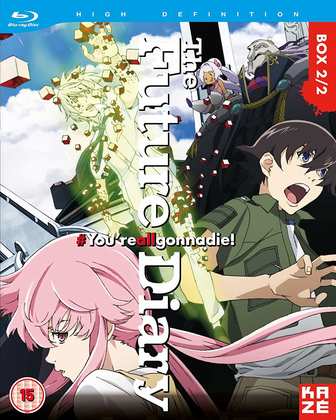 It’s not the best show in the world, but Mirai Nikki: Future Diary - Complete Collection 2 is a show that you have to watch all the way through once you start it. Why else would I double-dip on the Blu-ray? It’s one of those death game anime that constantly come out of Japan, only this one’s creators were like those proverbial hunters who had grabbed onto the tiger’s tail. They just held on to the story for dear life, and let it do its own thing. The end result is epic car-crash theatre. You just can’t turn away. As bad as this show is, it is always entertaining. Click on the review to see why. 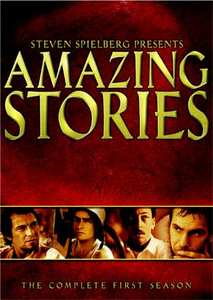 Amazing Stories. I’m taking a step away from the anime this week for a little live action. Anthology TV has been a mainstay of television schedules since the beginning. However, they always seem to be genre specific, spooky Twilight Zone, sci-fi Outer Limits, mystery Tales of the Unexpected. Back in the eighties, Steven Spielberg went for something a little broader in Amazing Stories. These twenty minute films weren’t constrained in the stories they could tell by genre from one week to the next, and there is something for everyone here. What’s more, with Spielberg came a whole lot of star talent, both in front of and behind the camera. Directors included Spielberg, Clint Eastwood, Joe Dante, Peter Hyams, Irvin Kershner, Danny DeVito, Burt Reynolds, Martin Scorsese and Robert Zemeckis. There was music from the likes of John Williams, Danny Elfman, James Horner, Michael Kamen, Alan Silvestri, Jerry Goldsmith and more, and actors included Kevin Costner, Mark Hamill, John Lithgow, Harvey Keitel, Gregory Hines, Patrick Swayze, Charlie Sheen... This was the Hollywood film industry having a chance to play. Some of these short films are really memorable.

Season 1 was released here on DVD back in 2006 by Universal. Infuriatingly, the second season never saw a UK release, although it did get one in Australia. Here’s my review of Season 1. You can import the Blu-rays from Germany for both seasons, but be aware that they are SD upscales in PAL format.