French zombie movie The Horde out on DVD in September 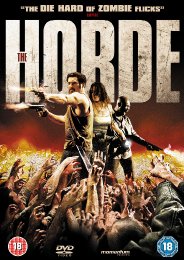 'Assault On Precinct 13' meets 'Dawn Of The Dead' in The Horde, the latest addition to the ever-rising wave of superlative French horror cinema. Winner of the International Fantasy Film Awards for Best Screenplay and Best Cinematography at the 2010 Fantasporto International Film Festival, this impressive debut feature from writing-directing team Yannick Dahan and Benjamin Rocher is a must-see for zombie movie fans, not least because it features some of the most awesome, edge-of-your-seat, close-combat human versus zombie beat-downs ever committed to film.

When a high-ranking and well-respected police detective is found murdered by a gang of homicidal mobsters, a small group of his closest colleagues on the force take it upon themselves to avenge his death vigilante-style. Heavily armed and determined to see justice done, they manage to infiltrate the upper floors of the suburban high-rise apartment block that serves as the criminals' hideout. But during the raid things go wrong and the cops find themselves overcome by the gang, who take them prisoner and begin to torture them.

Meanwhile, one ground level, the gang's lookout men become aware of a strange disturbance in the streets immediately surrounding the building, with the sounds of explosions and sirens filling the air. Incredibly, it becomes apparent that the commotion is being caused by ever-growing crowds of crazed people with a hunger for human flesh. It's not long before the gang of criminals and their captive cops realize they are trapped together on the top floor of an unfortified building that is becoming rapidly infested with blood-thirsty legions of the living dead. Their only chance of making it to ground level and getting out of the situation alive is to join forces, but with their numbers dwindling and each side having a score to settle, the odds of survival really don't look good for anyone with a pulse. 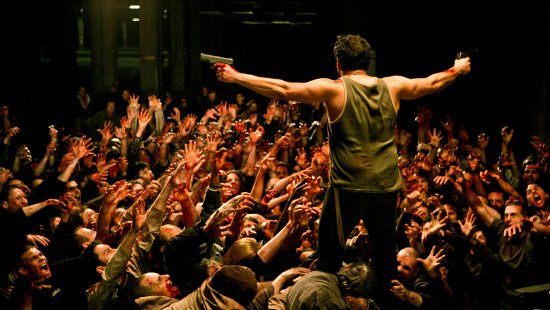