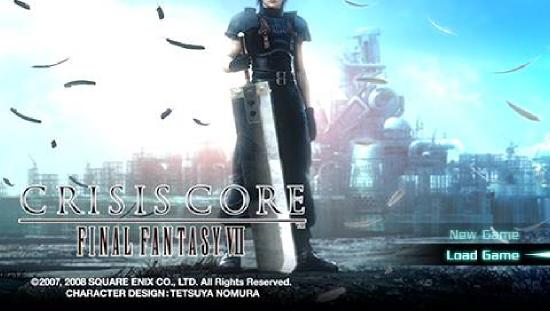 2007 marked the 10th anniversary of Final Fantasy VII, and SquareEnix - the merger of original developers Squaresoft and their biggest rival Enix - being fully aware of the acclaim and regard the seventh entry in the series is held in, decided to mark the occasion with Compilation of Final Fantasy VII, the title given to a series of new games and animated movies set in the Final Fantasy VII universe. Before Crisis, a mobile-phone only game, Dirge of Cerberus, a PS2 title starring one of the game's most popular characters Vincent Valentine, Last Orders, an original anime short which re-enacts pivotal events from the game whilst fleshing them out to reveal important back-story elements on main protagonist Cloud Strife, and the big two: Advent Children, a fully fledged CGI movie sequel to Final Fantasy VII and Crisis Core, an action RPG exclusive to the PSP which acts as a prequel to the events in the original game, following the minor but import character of Zack Fair. Just like Advent Children, Crisis Core's story is probably all but impenetrable to those who don't know their Buster Swords from their Masamune. It begins as Zack, a Soldier 2nd class in the private army of Shinra - mega-corporation and de-facto world government - is sent to Wutai with his superior Angeal to investigate the desertion of Genesis, one of Soldier's most prized members. Of course, it begins to snowball from there in traditional Final Fantasy style, and comes to a crescendo with the Nibelheim incident and the events that bridge the two games. 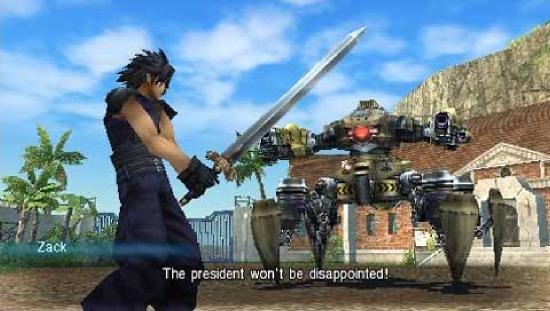 Crisis Core isn't a million miles away from the gameplay found in Final Fantasy VII - traditional RPG shenanigans of running around towns conversing with the populace whilst running upstairs and rifling through their drawers looking for Gil, potions and the odd bit of equipment you can't buy in shops, combined with random battles and dungeon crawling. Side mission are also a go-go, as Zack's spangly new mobile phone not only makes for an impressively shiny menu system, but also several hundred short and tedious optional quests which generally involve clearing a tiny dungeon and facing a boss. Forgoing the turn-based fighting of its big brother, Crisis Core instead opts for a bespoke action-RPG battle system which not only lends itself to play on the PSP but manages to remain familiar yet fresh at the same time. 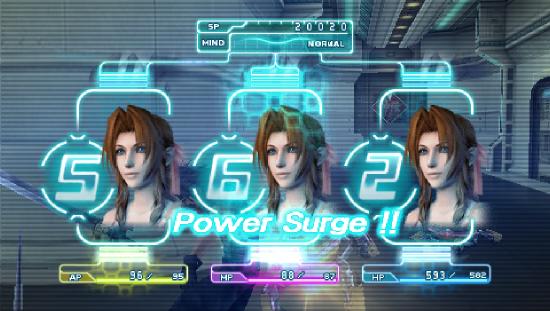 Battles occur on the field (as opposed to the player being whisked away to a battle screen which resembles their current whereabouts) and you have full control over Zack, allowing him to run around freely, while dodging and blocking - like most third-person action games - with the facebuttons. Offence, however, is initiated not by button press, but menu selection. Users select Zack's commands from a bar which is navigated with the shoulder buttons, and from here you can select the usual assortment of familiar RPG commands as well as materia-specific actions depending on your current loadout. Unwieldy, yes, and it certainly takes some getting used to, but after the initial WTF! moment has passed, you become quite accustomed to it. 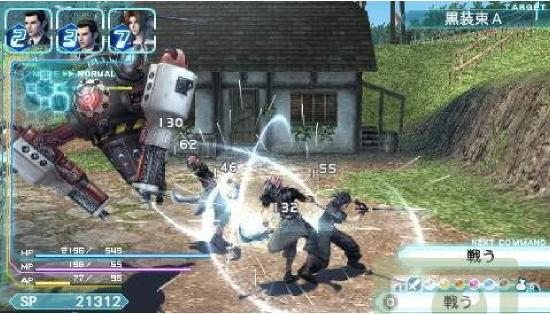 Crisis Core's shiny new feature to the RPG fold is the Digital Mindwave (DMW), which acts as a platform for launching what were previously known as Limit Breaks and Summons. Zack earns Soldier Points (SP) from every encounter, and whilst he has a stock of SP, the DMW, a slot machine of sorts supposed to reflect his psyche, will spin. The user has no control over it, and it will randomly select Limits and Summons based on where it chooses to stop. So whereas with a real-life slot machine you'd get a pocketful of change from a string of sevens, in Crisis Core you'll gain a level. In real life, a few matching pictures will get you your busfare home; in Crisis Core it'll summon Ifrit to singe the eyebrows of your enemies. Whilst it initially feels utterly random (and to a certain degree, it is) there is method behind the madness of the DMW - essentially making battles smoother and faster to fit the portable format and more user-friendly for uninitiated, all the while hiding the number crunching of experience points and levelling, which, as we all know, scares the crap out of your average casual gamer. 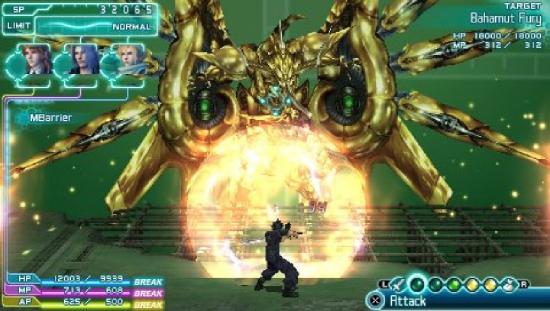 Crisis Core feels like Final Fantasy VII cut down and scaled back for a platform designed to play on the move or away from home. The exploration can be stiflingly dull, with the world's shift to 3D meaning sparsely-populated towns and cities and pre-rendered backdrops exchanged for real-time 3D. NPC characters rarely have anything interesting to say, and more often than not you won't care, as you run past them without a press of X, determined just to get to the next dungeon or story event as the main narrative unfolds - a narrative which is insufferably stodgy, at least until Crisis Core starts to bleed into the events witnessed in FFVII. Then we get to the crux of why Crisis Core is great - fan service. 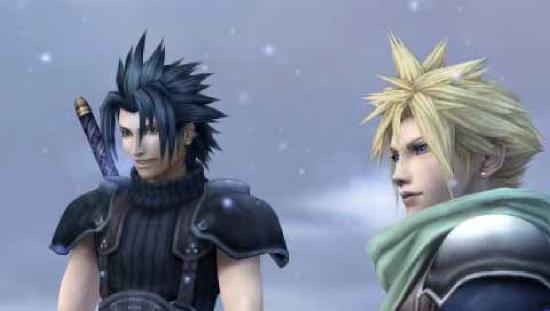 A host of familiar faces return for the prequel. Aerith (Aeris to you and me), Yuffie, Reno, Rude and Tseng of the Turks, Cloud and of course, the Darth Vader of videogames - Sephiroth. Hell, even the Chocobo Ranch is in there. Much of the early part of the game takes place in Midgar too, that big oppressive city with its Mako-sucking refineries, and the soundtrack features a host of superbly re-mixed tunes from Uematsu's superlative FFVII score (the new version of Aerith's theme performed on a Spanish guitar is quite incredible). It really doesn't matter how the game turned out, Crisis Core is an opportunity to revisit one of gaming's most exquisite worlds, but as it is, an RPG-lite is saved from its damp exploration and bland story by its inventive battle system and one hell of an ending.