last post by RJS
[VIDEO] The Last of Us (HBO)

last post by mbilko
Flight tracking on a PC

last post by mbilko
[VIDEO] Why do we need subtitles so much now?

Apparently we have signed Gabriel Jesus?

After a lovely long summer break.
Eleven days from the last England match to pre season starting on the 27th June
We go again. 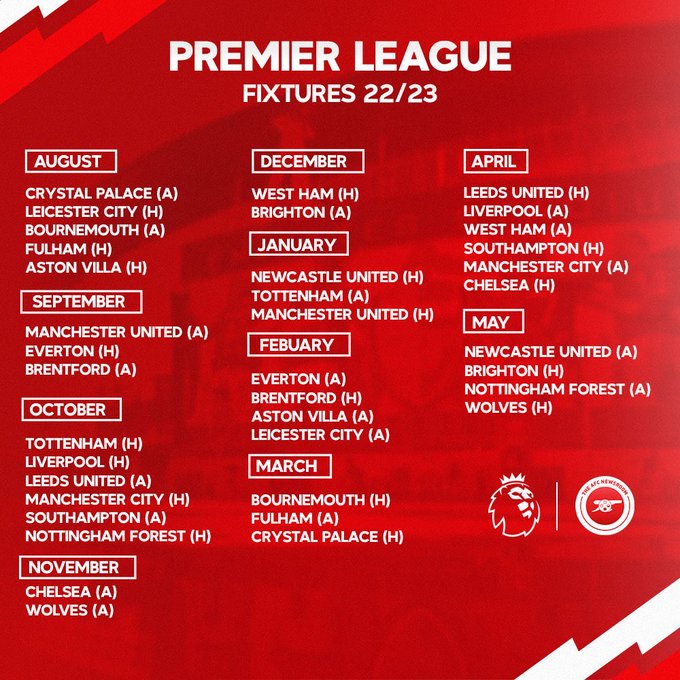 I expect this season and World cup to be a bit of a disaster with those of our internationals going to the later stages in Qatar succumbing to injuries in the second half of the season.

I am not young enough to know everything.
Thanks from: RJS

Quote:
Snaps says...
"with those of our internationals going to the later stages in Qatar succumbing to injuries in the second half of the season"
We'll go out in the group stages, it'll be fine

tbf that looks like a cracking start you have there

We signed/are signing a player.
No not them
This guy
I do like a straight out of left field signing
Fabio Vieira

No neither have I.
Of to Uchoob him.

Quote:
mbilko says...
"tbf that looks like a cracking start you have there"
Apart from maybe the first match.
Paddy's getting quite a tune out of Palace and they're a bit of a bogey team for us. One win out of the last Eight meetings.

As we wait for Jesus to be signed... remember when we were bottom of the league?

Jesus signed. Now if we can get Raphinha (I don't think we'll get him!) that would be awesome.

Well that's a surprise.
About ten days after we first knew about it.

I don't think we'll be getting Raphinha but it's still been a good window so far with probably a couple more to come in.

At least we have the same transfer issue right now - no one wants our recent record signings! How do we convince another club to take our stinking rubbish?

Stayed up late to watch the 'friendly' vs Everton.
Lot's of 'Oh is he still with us' Bellerin, Soares...

New guys all getting a run out
Matt Turner. Not exactly given a lot to do
Saliba. Didn't do anything wrong, looks OK
Gabriel Jesus. Seriously thinking of having a fiver on him for the Golden Boot
One goal from him and another from Saka.
Jesus almost a repeat of his first goal for the club roof of the net from near the post and over the keepers head.
Saka from a similar position just passing the keeper with a very relaxed extension to his stride for the last two paces which delayed the strike enough to commit the keeper (sounds weird but watch it)

Everton not looking like they'll be troubling the upper half of the league on that performance.

We should not be playing Premiership opposition in pre season friendlies.
Just as much to be learnt from playing either MLS teams or other European clubs going walkabout.