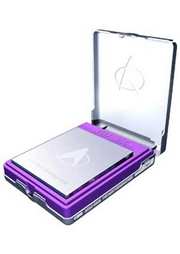 Synopsis:
The first of the long-running television spin-offs from the 1960`s series Star Trek, Next Generation is set 78 years after the original crew of the Starship Enterprise journeyed through space and time

The Next Generation finds Captain Jean-Luc Picard at the helm of the most advanced starship ever and the fifth season contains some of the best episodes ever recorded in the history of the show. The box set contains every episode from Season Five, plus cast and crew discussions on the major changes to the series, interviews, selected crew analysis, a look at the growth of the main characters in the series, a look behind the scenes and much more

This box set is guaranteed to put a smile on the face of the Trekkie in your life.

Special Features:
Mission Overview: Discussions With The Cast & Crew About The Production Of Season 5

Selected Crew Analysis- Year 5: Examines How The Characters In Season 5 Have Evolved Through The Series

Departmental Briefing- Year 5: Behind The Scenes Look At The Production Of The Key Episodes In Series 5, Including In Depth Interviews With Production Crew

Departmental Briefing: Provides Background Information On Some Of The Unusual Characters And Situations The Crew And Cast Are Faced With

Chronicles From The Final Frontier: Anecdotes And Amusing Comments About Episodes And Events During Filming Of The 5th Season