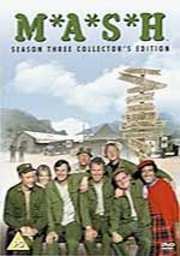 DVD
Simpsons, The: Against The World (UK)

June 2003 was the 50th anniversary of the end of the Korean War. I`m sure that those whom the war directly concerned marked the anniversary, but it wasn`t an event that really impinged on public consciousness, at least not on my consciousness. In many ways the Korean War has become the 20th Century`s forgotten war, ironic really considering that the conflict laid the pattern for world affairs ever since, and its ramifications can still be seen today.

After the Second World War, the globe settled uneasily into what would come to be known as the Cold War. After the Japanese surrender, Soviet forces to the North and US forces to the south occupied Korea, with both sides setting up communist and democratic governments respectively. In 1947 when both sides withdrew, there was a failure to re-unite the two sides, and the matter was turned over to the fledgling United Nations. Setting a familiar precedent, the UN failed to resolve the situation and in 1950 at the urging of the Soviet Union, North Korea invaded the South, rapidly overwhelming them. The UN Security Council voted in emergency session to authorise a `police action` to halt the invasion. Enter General Douglas MacArthur, who cut off the lines to the North Korean forces and captured over 125,000 of them. Pushing back to the original peacetime border, most of South Korea was quickly liberated and it looked as if the allies would continue on into North Korea to reunify the country on their terms. This rattled the Chinese, who thought this would be a prelude to an attack on their territory and they immediately sent 180,000 volunteers into North Korea who pushed the UN forces back once again to the original border. And so matters remained for another three years, burning slowly as both sides fought over a border that showed no signs of shifting. By the time there was an armistice, 5 million people had died, and the pattern for the future was set for countless ideological brush wars all over the world. While the `Red Menace` is a fading memory, the UN remains toothless and the United States still the self-appointed policeman of the world.

The 1970 movie MASH was director Robert Altman`s satire taking place in a Mobile Army Surgical Hospital on the Korean front line, but a thinly veiled parallel to the conflict then taking place in Vietnam. With doctors waxing philosophical about the horrors of war, and getting up to all kinds of crude pranks to relieve the tension, MASH was a surprise success. Yet the success of the film was nothing compared to the success of the spin-off television series. While the actual Korean War lasted three years, M*A*S*H was in production from 1972 to 1983, an unprecedented 11 years and the finale was watched at the time by the largest audience in history. With the exception of Gary Burghoff (Radar) a new cast was found to play the characters from the film, the most apparent star being Alan Alda as Hawkeye. As time passed, the cast would change, but this the third season of M*A*S*H still retains much of the original television cast and has several of the best episodes.

The twenty-four episodes listed above are presented on three discs in the original broadcast order. 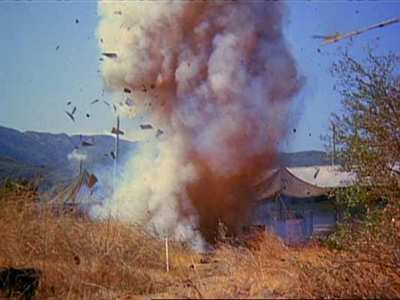 As per the original broadcasts, M*A*S*H is presented here in the 4:3 ratio. According to the Internet Movie Database, only the last season was shot on 35mm film, the first ten being shot on 16mm. The image is nothing spectacular, with the expected artefacts associated with film. It`s clean enough to be getting on with though. 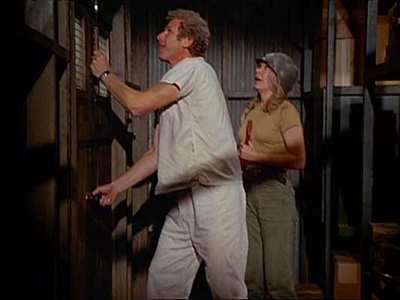 As you would expect from a show of this vintage, the discs are hardly noteworthy when it comes to aural extravagance. DD 2.0 mono tracks are provided in French and English, as are subtitles. It`s worth mentioning though, that you can choose whether to suffer the intrusion of a laugh track. French viewers will have to do without a laugh track altogether. 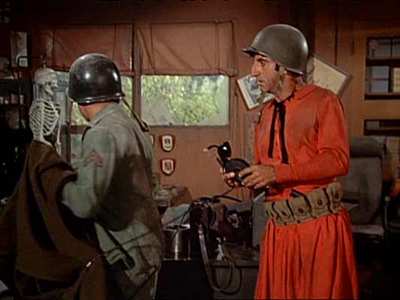 No extras at all. I did like the menu design, with each episode menu based on a still from that episode. 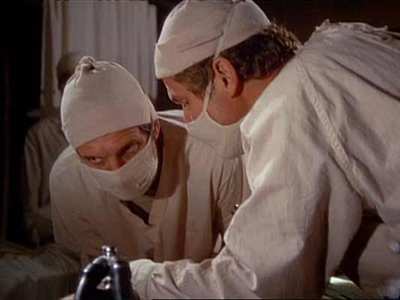 My parents were committed fans of M*A*S*H, but as I was such a tender youth I had strict orders to repair to my bed as soon as the sound of choppers were heard as well as that memorable theme. My appreciation of M*A*S*H really began whenever I could catch a repeat, and they were usually of the later episodes. I think this is the first time that I have been able to sit down and watch an earlier season and it has only confirmed what I already knew, M*A*S*H is television comedy at its absolute finest. No other show is able to evoke such laughter and sadness with equal facility, and to maintain that level of quality through 11 years must be an unequalled feat. Season 3 consistently has episodes of the finest quality, the least is hilarious and the best are bittersweet and moving.

My favourite episodes in this season include The General Flipped At Dawn, guest starring Harry Morgan who would go on to play Colonel Potter as the bonkers General Steele, O.R set wholly in the operating room, Alcoholics Unanimous with the 4077th having to endure Prohibition, A Full Rich Day, Bombed, House Arrest, Aid Station, Big Mac, and the classic season finale, Abyssinia Henry. Incidentally, the laugh track free option is the way to go. I tried the assisted laughter option and had to turn it off after five minutes. Canned laughter is intrusive at the best of times, but with a programme like M*A*S*H, it`s downright unbearable.

It`s hard to narrow down just what makes M*A*S*H work. A lot of it has to be the intelligence of the show. There is an honesty about M*A*S*H that is unique among sitcoms. A conscious decision to treat the war and its consequences with absolute seriousness, and to only find the humour around that implies a sense of intelligence and realism. It`s a tense humour on occasion, a gallows humour built around the characters rather than their occupations, the kind that appears in the face of adversity that people find when the only other choice is to breakdown and cry at the sheer inhumanity of the situation. This is coupled with the excellent quality of the writing, a wit sharper than a scalpel that has you paying attention to every nuance.

Then there are the characters, and the ensemble cast who fit together like a well-oiled machine. Where the film was cruder and in your face, the television series naturally had to tone it down. But that only works in its favour as the characters as shown in their day-to-day lives put their work first. The humour comes primarily from how they relate to each other, and where the film works quickly through that in the space of two hours, the series has to show these people interacting over a period of 10 hours of television a year. Alan Alda is immediately evident as the star of the show Hawkeye Pierce, getting some choice lines and most of the stories. Gary Burghoff is excellent as the innocent Radar, mastering bureaucratic doubletalk years before Sir Humphrey Appleby did in Yes Minister; Larry Linville nearly steals every show though with his performance as the lily-livered and mildly incompetent martinet Major Frank Burns, whose affair with the acerbic `Hot-Lips` Houlihan is an open secret. Other fine characterisations include Jamie Farr as Corporal Klinger, who changes dresses more often than the cast of Sex And The City in an attempt to get a discharge, and the Unit Commander Colonel Henry Blake played by McLean Stevenson, who often has to act as the unit referee in the OR, is constantly bemused by the apparently telepathic Radar, but what comes across most strongly is the character`s compassion.

There are flaws however; most notable is the character of `Trapper` John McIntyre who, while entertaining enough as mostly a foil for Hawkeye, rarely has much else to do. His character really doesn`t shine in this season, and there is a comparative dearth of stories for him. It comes as no surprise that this was actor Wayne Rogers` last season, and the next year would introduce Mike Farrell as B.J. Hunnicut. Another problem is the great TV reset button at the end of every episode. Today we are spoiled with television series with ongoing storylines and developing characters. It`s hard to remember that this is a recent development, and this is ably demonstrated with M*A*S*H. No matter what happens in an episode, the reset button is pushed at the end credits and everything is back to normal for the beginning of the next episode. Radar gets tired of the short jokes in House Arrest, and Hawkeye promises to stop, a promise that is broken in the next episode. In Aid Station, Hawkeye and Hot-Lips share an experience that serves to unite and bond them, but 20 minutes later, they`re sniping at each other like nothing happened. There`s also an anachronistic feel to the series, and while it`s set in the fifties it is most definitely a creature of the seventies, though more often than not this is an advantage rather than drawback. There`s not a crew cut in sight or an ounce of Brylcreem, but more than that, it`s the writing and style of the show that gives it a subversive edge that screams Vietnam, despite the Korean setting. Also one throwaway quip had me wondering if they had credit cards in 1952.

Nit-picking aside, M*A*S*H is unparalleled television. Despite my mention of favourite episodes, there is a consistent standard of excellence throughout Season 3 that would allow me to recommend any single episode as an example of what`s best about the show. M*A*S*H is at it`s best when it`s bittersweet and poignant, and there are many such episodes to choose from here. I`d defy anyone not to shed a tear during the last episode Abyssinia Henry; I can feel myself welling up just thinking about it. If there is anything mildly disappointing, it`s the barebones nature of the release. Some extras would have been nice, commentaries and the like. Nevertheless, M*A*S*H is highly recommended.