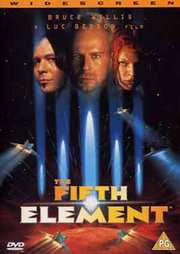 Front Cover of Fifth Element, The 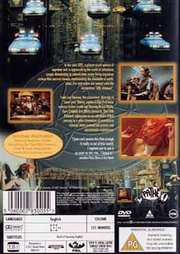 Back Cover of Fifth Element, The

DVD
Fifth Element, The (US)

Review of Fifth Element, The

Sometimes, a film come along that you think is peerless, that can never be matched or surpassed. It`s not this one. I`m talking about Blade Runner. Blade Runner managed in one film to define a view of a world with outstanding design, brilliant music, top-notch direction, brilliant performances and a gripping story. What The Fifth Element has done is come within a hairs-width of matching the freshness and originality of Blade Runner. It just misses out on one point.

Every 5000 years, the ultimate evil returns in an attempt to destroy life. To combat this threat, there is an ultimate weapon, the perfect being, the fifth element, which in conjunction with the 4 known elements, Earth, Air, Fire and Water can defeat the evil. In 1914 Egypt, with the threat of war engulfing the world, the alien Mondoshawan came to retrieve the weapon, so it could be kept safe for future generations. In the 23rd Century, the evil returns and the weapon must return to Earth to be used to save the world. However the Mondoshawan ship returning the weapon is attacked by Managalore mercenaries and is destroyed. Retrieving what remains of the weapon, scientists use surviving cells to resurrect the weapon in the form of Leeloo, played by Milla Jovovich. She escapes from the lab and the military and dives into the cab of Korben Dallas, a retired soldier played by Bruce Willis. She asks his help in evading the authorities and in delivering her to the monk, Cornelius (Ian Holm) Cornelius` order has been tasked down the ages with preserving the knowledge of the ultimate evil and the fifth element. With the ultimate evil, a flaming ball of energy, thousands of miles across heading for Earth, Leeloo, Korben and Cornelius must recover the stones that represent the four elements so the weapon can be used. Trying to defeat them and further the cause of evil is the head of Zorg industries, Jean Baptiste Emmanuel Zorg played by Gary Oldman and his Mangalore mercenaries. 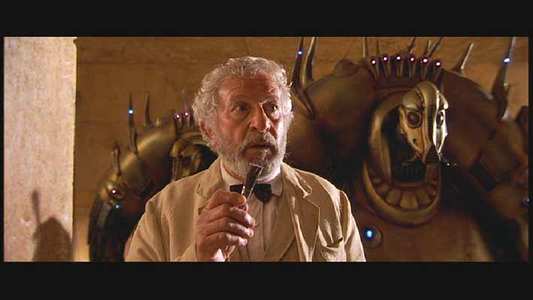 The transfer is spot on. A 2.35:1 anamorphic print brings out the best in the film. The picture is sharply defined and colours lush and vibrant. Director Luc Besson`s vision has been brought to the screen with a panache and flair that makes this film a visual masterpiece. The world that this film is set in is an explosion of imagination and verve. It`s hard to describe the visuals without referring to the sound, but the bright, beautiful world is a sharp contrast to the dark dismal cyberpunk worlds that most Sci-Fi films inhabit. His New York of the future is a delightful riot of colour and motion that is simply fascinating. Other notable vistas include Fhloston Paradise and the Diva`s concert with the planet in the background. The effects are well executed, with the reconstruction of Leeloo particularly notable. You can`t discuss the visuals without mentioning the efforts of Jean-Paul Gaultier. He has managed to costume the entire world in his inimitable style. His touch makes this world so much better defined and the style makes Besson`s vision unique. 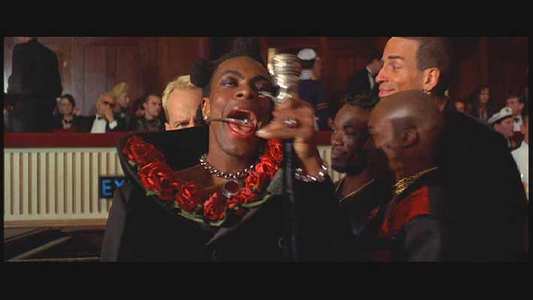 Sound is given the DD 5.1 treatment as the film deserves. The sound immerses the viewer in the film and suits the genre of film perfectly. The soundtrack is provided by Eric Serra and again is peerless. His music defines the film as much as the visual design if not more so. I`ve already mentioned the performance of the Diva in terms of visual spectacle, but the creation of her otherworldly voice punctuates the action magnificently. I always give in to the temptation to watch that scene again. The music is perfectly tailored to the universe and is an unforgettable signature. 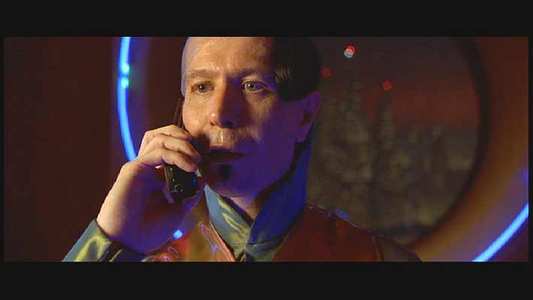 Extras fans will be let down by the discs meagre offering. With a film of such complexity and intricate design, you would expect the disc to be loaded with documentaries, production designs, audio commentary and other goodies. I`m afraid that you are limited to the Trailer, a 23 min making of documentary and some filmographies. Personally when I think of the quality of the picture and sound, I`m not begrudging the bandwidth. I wouldn`t mind a two-disc special edition release though. 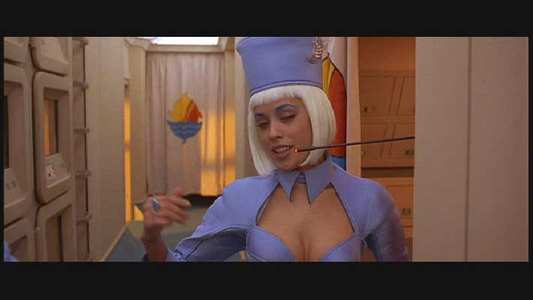 Korben Dallas as portrayed by Bruce Willis is a familiar character. Adding another hero thrown in the deep end to his repertoire wasn`t going to stretch him, but with the addition of a Sci-Fi plot and the European styling and inspired direction of Luc Besson, the character comes across as fresh and new. Gary Oldman always plays brilliant bad guys, and Zorg is no exception. The cowlick hair and the accent simply are garnish to the ruthlessness of the character. Unfortunately, the motivation of the character is never really explored and because of this, Zorg comes across as a token villain, only necessary to further the plot. Ian Holm is the bumbling monk, Cornelius and is a joy to watch. Chris Tucker makes an appearance as the flamboyant DJ, Ruby Rhod. I`ve never been a fan of Tucker`s. He seems to get comedy confused with volume and as a result, I`m always reaching for the mute button. If possible, his costumes are louder than he is, but aren`t really a saving grace, what does save the role is that his character demands brashness and he is kept under control by Besson, also as he is a supporting character, his appearances are mercifully brief. He is definitely the Jar-Jar in this movie. Milla Jovovich is a breath of fresh air in the role of Leeloo. She is simply captivating whenever she is on screen, and for me makes the whole movie. Despite the fact that she is the ultimate weapon, she displays a frailty and vulnerability that is magical. She has a childlike charisma that never fails to keep you glued to the screen. That doesn`t mean that she doesn`t kick Mangalore butt. Also in this film is Lee Evans as a flustered hotel Bellboy, which reminded me of the French passion for Jerry Lewis. There is also the brilliant Brion James as a nonplussed Army General. Then there`s Tricky.

So why does Blade Runner still reign supreme? Simply put, the story. The Fifth Element doesn`t exactly challenge the brain cells. In an intricately designed world the story is a simple battle of good versus evil. It`s almost a fairy tale vision of the future. This isn`t to the films detriment, far from it. Luc Besson`s story can appeal universally and draw in a far greater audience. But like Blade Runner, this one film has created a world so intricate and detailed that it stays in the consciousness. The sound and visual design, because of technological advances surpass Ridley Scott`s masterwork. But the lighthearted story is simplistic entertainment at it`s best. Luc Besson`s direction and a humorous touch make for a charming film. Only two things rankle. Chris Tucker not being funny, and blatant product placement with that horrendous burger joint.