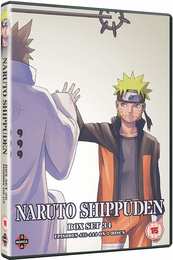 Just 41 more episodes to go! That’s not the best way to start a review of a long running series, looking towards its eventual end like it’s some kind of release from captivity. I haven’t exactly been serving hard time with these Naruto reviews, but sometimes it can feel that way. Especially given how this collection begins. In Collection 35, we effectively had 13 and a half episodes of filler (albeit some that was canonical filler), before getting back to the present day storyline. In Collection 36, we begin with almost a complete episode of contemporary story, Sasuke and Naruto facing the resurrected Kaguya, before we flashback to a long stretch of ancient history and Kaguya’s story. It’s too tiring even to just swear at the TV now! 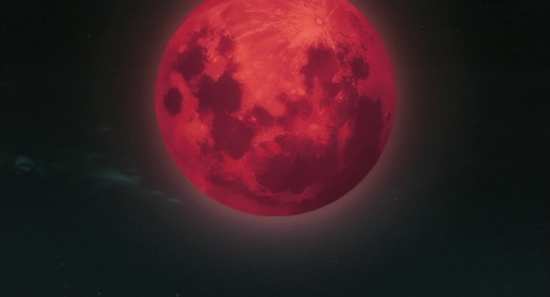 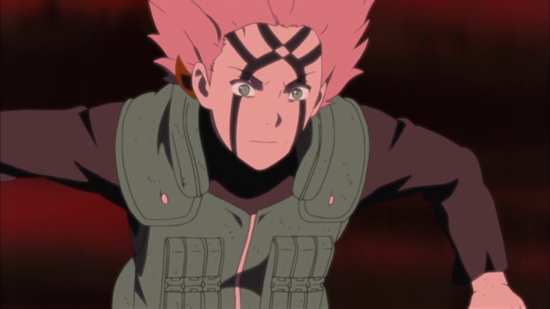 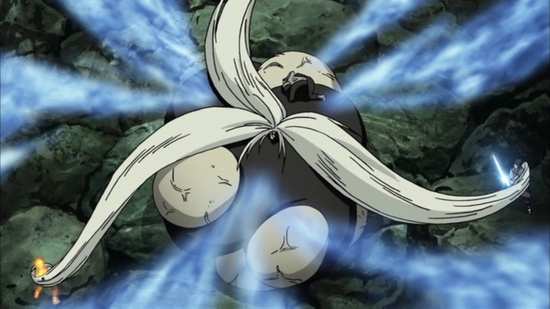 The fourth Ninja War is over! Madara had thought he had won and activated his Infinite Tsukuyomi. Only he’s just absorbed too much chakra, bloated up, and hatched into Kaguya Otsutsuki, the ethereal otherworldly being who initially brought chakra to the world, the mother of all ninja, and she’s here to chastise her children for straying from the true path. 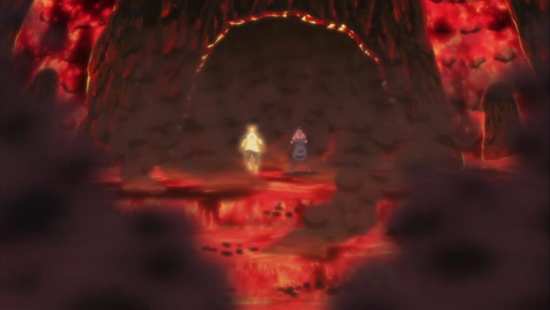 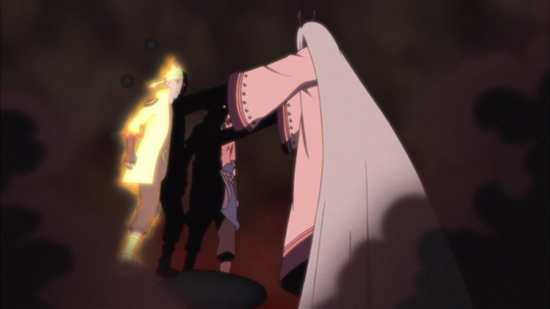 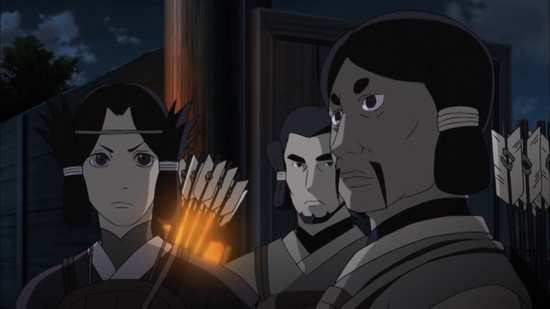 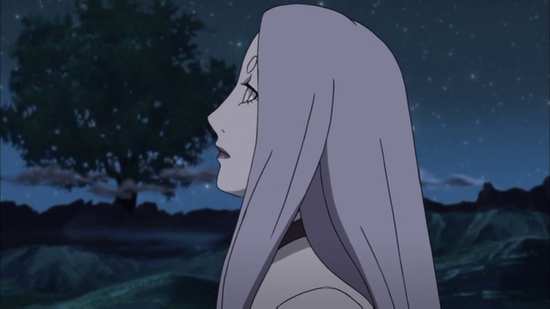 The extras haven’t changed much, the same static menus, with 9 Storyboard images, and 9 Production Art images all on disc 2, but this time Madman have delivered a different variety of trailers with their authoring. Following an antipiracy thank you, you can see trailers for Tales of Zestiria: The X, Granblue Fantasy, Fairy Tail Zero, and Made in Abyss. 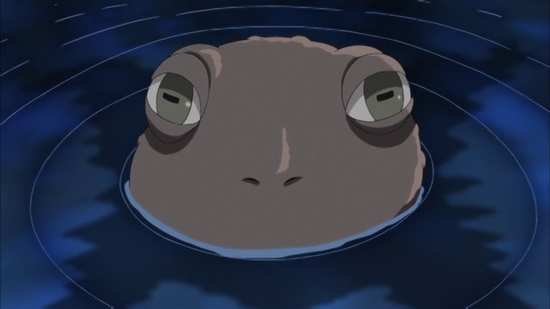 I wound up liking this collection of Naruto episodes more than the other recent collection releases, although that’s despite the content, not because of it. The series is still being totally Tantric about delaying gratification, and in this collection it’s actually worse than before. What’s different is that we’ve actually come to the final battle of the Fourth Ninja War; it really is the end of the story that began all those hundreds of episodes ago, when a no-hoper wannabe ninja somehow contrived to graduate the academy, armed only with an ambition to be Hokage. With this collection of episodes, we can finally see light at the end of the tunnel, although having taken a peek ahead; I ought to warn you that Naruto Shippuden has an ending that makes The Return of the King seem truncated. 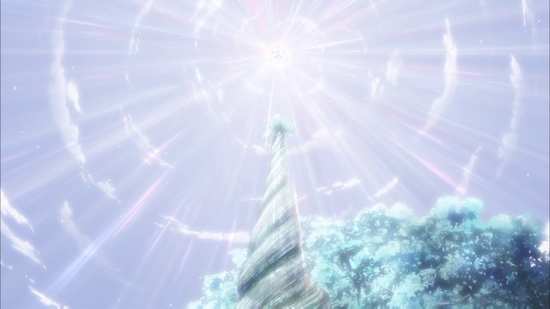 As this collection of episodes begins, Madara has been sucking in all the chakra, as the Infinite Tsukuyomi jutsu continues to create his ‘perfect’ peaceful world. But that has its consequences when it frees Kaguya Otsutsuki, and it turns out that this was the plan all along. It turns out that Naruto and Sasuke are the only ones who can seal her back in her prison, and that’s something she won’t allow. She begins by pulling all those who threaten her into a lava dimension where the battle ensues. 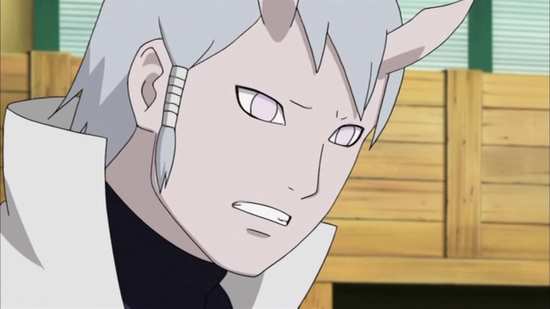 It’s at this point that the show pauses for three episodes to tell us just who Kaguya is. We’re talking ancient history here, as it turns out that she’s the one who brought chakra to the world, essentially the mother of all ninja. We’ve already met one of her sons, Hagoromo, who previously appeared to Naruto and Sasuke to power up their chakra and fill them in on some exposition. Incidentally, Hagoromo’s ghost is still sticking around as he has some more exposition to fill in for the four dead Hokage who’ve been resurrected, and are pretty much all that remains free of the Infinite Tsukuyomi in the real world. 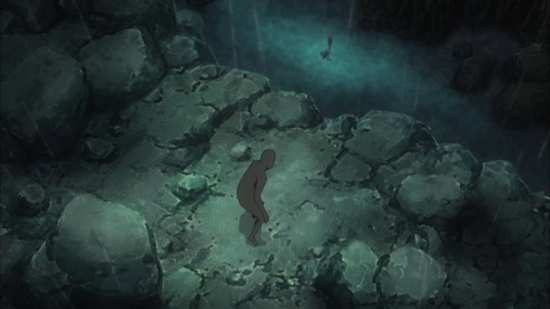 Episode 463, and it’s back to the fight between Kaguya and the heroes, and there’s a delightful call-back during the battle to the Naruto we first knew, before Kaguya uses her dimension jumping powers to send them all into an ice world. It’s time for another stretch of flashback, this time lasting five episodes, and indeed actual filler instead of manga padding. We next see what happened to Hagoromo, and meet his two children who caused the split in ninja ideology that has resonated down the centuries, and is currently embodied in the feud between Sasuke and Naruto. 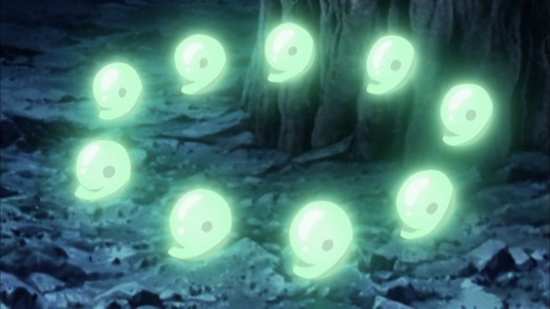 The filler ends, and we get another flashback episode, a complete non-sequitor, set in the original Naruto series period, where the Hidden Leaf Genin once more try and unmask Kakashi. We’ve had a filler episode in this vein before, and this is most unwelcome at this point, no matter how nostalgic or entertaining it might be. Then it’s back to battle, where Naruto and Sasuke have been placed in separate dimensions, all hope of them sealing Kaguya lost. Or so it seems. It’s a good thing that they have Obito with them, for a long time the villain of the piece, but now given a chance at redemption. His particular ninja speciality is opening doors to dimensions, and he’s the one chance they have of getting Sasuke and Naruto back together to take down Kaguya. But he’s putting his life on the line, suffering mortal wounds. The final two episodes in this collection offer not one, but two flashbacks to Obito’s life, and a what-if fantasy as well. 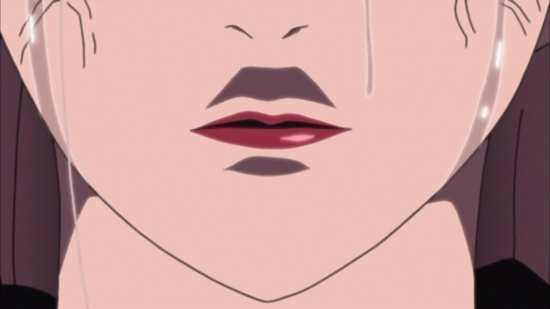 Just when you think the show might have built up some momentum, it pauses for a flashback. And that is utterly infuriating. The only saving grace here is that the flashback is all worthwhile, including the stretch of filler. We really need to know about who Kaguya is, her place in the grand scheme of thing, and what her descendants did. I don’t even find the Obito flashbacks too onerous, as it turns out that his sacrifice is quite moving. The only episode I would begrudge is the Special Mission episode, but even that offers something unexpected. 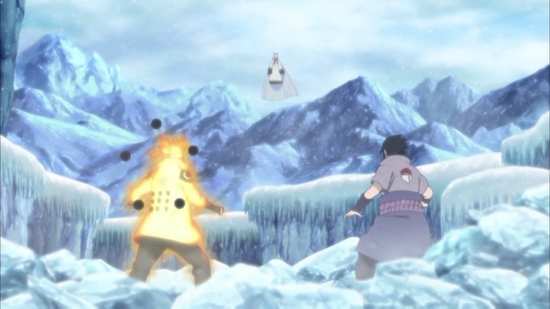 The truth is that we should have learned all this exposition and back-story before, and the climax of Naruto Shippuden should have been allowed to play out seamlessly. It’s like that bit in Austin Powers, where one of Doctor Evil’s henchmen dies, and we cut away for ten minutes to see his pals learn of the news, and how they react. At least in that movie, it’s the whole point of the joke. This is the best Naruto we’ve seen in quite some time, but it’s really only because the end feels within sight.