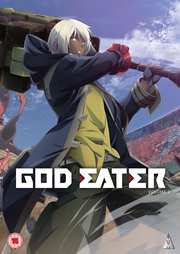 You can’t accuse God Eater of not fleshing out its story. There are anime out there that establish a premise, but fail to develop it enough to create a ‘lived-in’ world, instead focusing on the minutiae of character interactions and ticking all the trope boxes to keep the fans satisfied. God Eater on the other hand tells its Attack on Titan-esque story both in the present time, and with plenty of sepia-tinted flashbacks to show how its post-apocalyptic world came to be. The real question is whether 13 episodes are enough to satisfactorily tell its story. 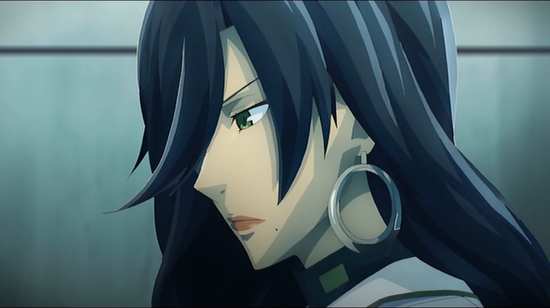 It’s always the scientists! Scientists were trying to discover a clean, revolutionary form of energy, but instead they discovered a strange, new form of single-celled life. They just had to experiment, and the new type of life started to evolve. Skip forward a few years, and the human race is on the verge of extinction, terrifying beasts called Aragami preying on the few survivors. But there is hope for the few pockets of humanity sheltered in fortresses like Fenrir in the Far East. For there is a defence against the Aragami, the God Eaters, warriors genetically fused to their weapons called God Arcs, elaborate blades and guns. One such warrior who has just joined the God Eaters is Lenka Utsugi. He’s skilled, but he’s arrogant, and his singular desire to kill as many Aragami as possible means that he’s probably not a team player, liable to ignore orders, and likely to wind up dead. But Lenka is a New-Type, a God Eater with far greater potential and ability than the run of the mill warrior. 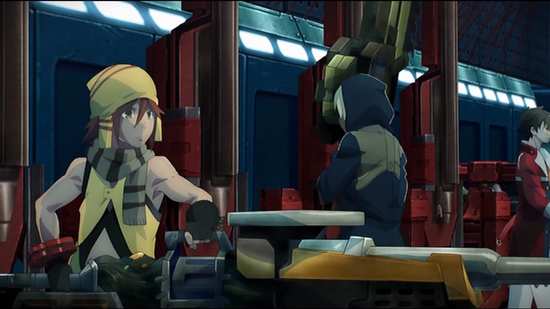 The six concluding episodes of God Eater are presented on this DVD from MVM. The show is also available on Blu-ray if you wish it. 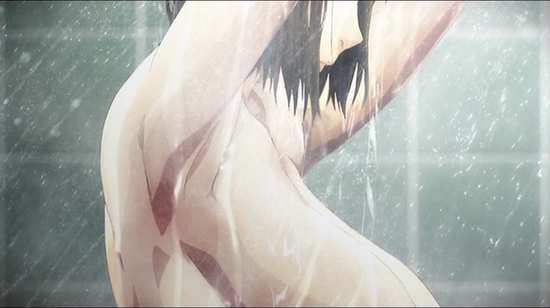 God Eater gets a 1.78:1 anamorphic native PAL transfer on this disc, with the requisite 4% speedup. The image is clear and sharp, with strong colours, and the minimum of visible compression, other than some aliasing. If you’ve seen ufotable shows like Fate/Zero, then you’ll be familiar with some of the toon-shaded 3DCG animated characters that they’ve used. God Eater goes full whack with this aesthetic, not even bothering to try and conceal it as traditional hand drawn animation. It’s obvious from the start, it can be awkward and comical at times, and there is the odd rendering glitch. But the characters, the world, and the wholly CG Aragami do sync up, and once you’re used to it, God Eater is quite watchable. It’s just that it will take a couple of episodes to click. 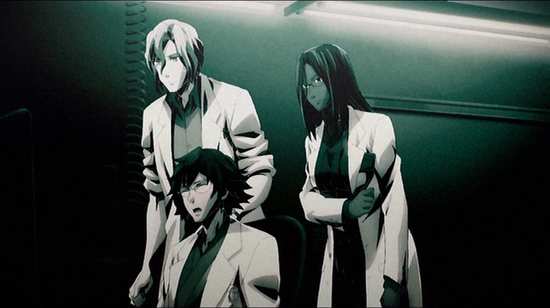 You have the choice between DD 2.0 Stereo English and Japanese, with optional translated subtitles and a signs only track. Apparently Aniplex also means that you don’t get the theme songs subtitled. I went with the Japanese audio and it is impressive for the most part. The characters are suitably cast while the action comes across well with the stereo, as does the music. Actually the music comes across a little too well, with insert pop songs (again not subtitled) loud enough to drown out the dialogue. Out of curiosity I switched to the English dub to see if it suffered from the same problem, and instead, the English audio has just replaced the insert songs with generic, but dramatically appropriate music. The dialogue remains audible. What I heard of the dub isn’t too bad either. The subtitles are timed accurately and are free of typos. Come to think of it, the music in God Eater (Japanese version) is really a high point of the show. 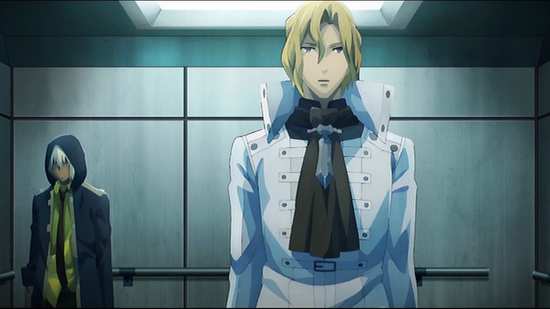 The disc presents its contents with a static menu. The only extras are the textless credit sequences, one opening and three closings. 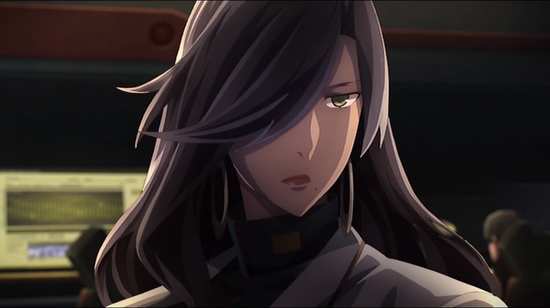 God Eater Part 2 had the potential to deliver something really quite brilliant, even though much of Part 1 was somewhat mediocre. It’s just that the conclusion of that first disc, episode 7 was a game changer in terms of the story, revealing that there was more to this tale than a post-apocalyptic world where warriors with unfeasibly large weapons do battle against a bio-engineered menace. Part 2 does add to that promise by giving the story more dimension, adding more plot threads and revealing character motivations to be more complicated than just, See Aragami, Kill, Kill, Kill. The problem is that at the same time, it continues in the same vein of offering 3 parts stupidity to 1 part intelligence. Like many a summer blockbuster, God Eater is a show to enjoy while you watch it, but gets picked to shreds the second the end credits have rolled. 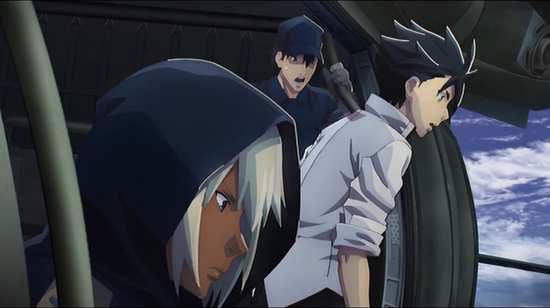 By far the biggest disappointment in God Eater is that it doesn’t deliver an ending. It only gives you a ‘to be continued’ with no means in anime form to continue it. You just get a whole bundle of loose ends, and hanging plot threads that will only serve to frustrate and infuriate. Certainly we get a more complex and interesting story in this second half, the Aegis sanctuary project concealing a more insidious plan within, back stabbing and betrayal within the ranks of the God Eaters, and a partial reveal of protagonist Lenka Utsugi’s past and heritage, as well as the consequences of his being a Newtype and the particular God Arc weapon that he uses. In terms of the immediate narrative, the Operation Meteorite plan, and the battle against the smart Vajra that was introduced at the end of Part 1, the show offers conclusions, a point you could underline as saying that the anime story is complete in itself, but it’s just that there is so much else left hanging, that this time the little victories don’t satisfy. 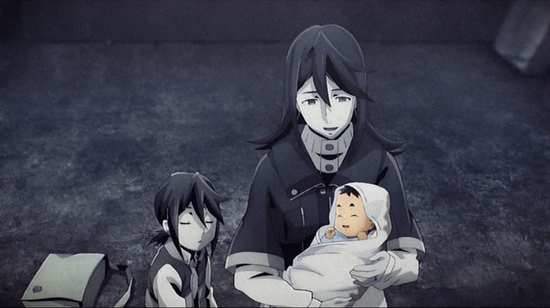 I still think that the way the show is edited is smart, keeping things well paced and interesting, blending present and flashback story arcs in ways that complement and support each other. The animation might look CG weird, but it allows for well choreographed action sequences that are great to look at. But it offers so much dumb as well, making blatantly obvious the cliché that the villains of the piece will pause to figuratively polish their fingernails while the heroes stop in the middle of a fight to have a dramatic moment, or a strategy meeting, instead of biting everyone’s head off. Then there’s Lenka’s upgraded, super duper God Arc weapon which is introduced in episode 12, and it looks like he’s carrying a number 73 double-decker bus in his hand. 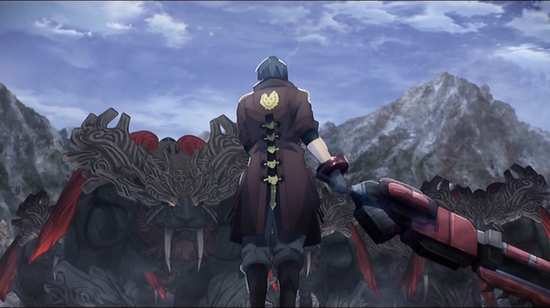 God Eater is watchable enough, and if you twist my arm, I’ll even admit to being entertained. But this is not a show to watch if you actually want to see a conclusion to a story. If you can be happy never knowing, then God Eater will be more entertaining. Otherwise it’s just offers a sense of deflation when episode 13 ends, and unlike other famous non-ending anime like Berserk, you won’t have appreciated the journey that this show has taken you on.