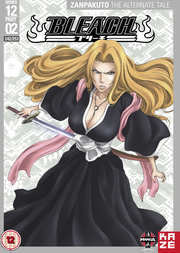 I really need to start learning from experience. I actually reviewed this way back in November, back when it had a December 9th release date. Then Kazé pushed the date back two weeks to the 23rd, and it’s been sitting on my hard drive gathering stray bytes ever since. As a result, the rest of December’s anime reviews will probably be posted a few days after they are released. I mean, it’s Kazé. Of course they are going to delay it. I should have learned by now. 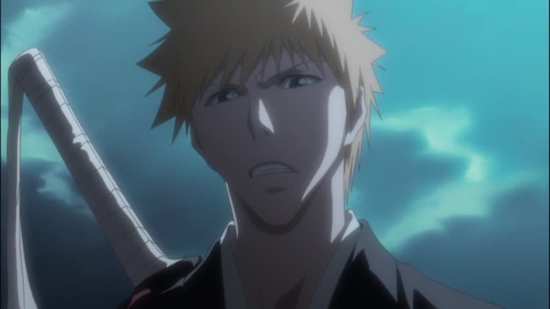 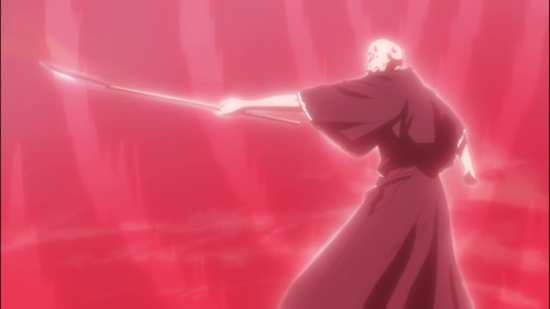 If you’ve been watching Bleach up till now, you’ll now that the Zanpakuto refer to the Soul Reapers’ swords. No ordinary blades, these are almost sentient entities which exhibit great power, unleashing special moves on their targets with extreme prejudice, not least of which are the Bankai power ups. To master one’s Zanpakuto, a Soul Reaper has to come to terms with the sword’s spirit, learn its name and in the process form a partnership with the sword. At least that’s the way that it has been up to now. In Zanpakuto: The Alternate Tale, all of that tradition is turned on its head when an enigmatic figure named Muramasa decides to free the swords from slavery, separate the sword spirits from the Soul Reapers. Now all of a sudden, the sword spirits have become manifest, able to wield their special powers by themselves, and have begun taking over the Soul Society. The Soul Reapers, suddenly armed with plain old steel swords are left on the back foot, vulnerable to attack. Rukia just about manages to make it back to the Living World, pursued by her own sword spirit Sodenoshirayuki, but in truth she’s just bait to lure Ichigo back to the Soul Society. Soon Ichigo has to face his own sword, Zangetsu in battle. 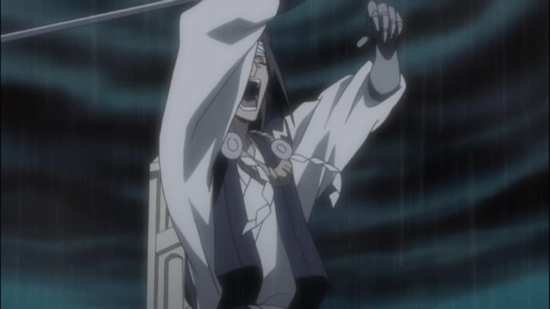 The next twelve episodes of this arc are presented across two discs by Kazé Entertainment, distributed for them in the UK by Manga Entertainment. In this collection, the real reason behind Muramasa’s insurrection is revealed.

Bleach has now gone widescreen. It’s now in the modern TV friendly aspect ratio of 1.78:1 anamorphic. And that’s the end of the good news. The last few releases of Bleach via Madman Entertainment had native PAL transfers, 25 frames per second with 4% PAL speedup, but of high resolution and free of any standards conversion artefacts. Not anymore. With Kazé’s release of Bleach, we’re back to the bad old days of NTSC-PAL standards conversions. It’s worse in my opinion, as my limited experience of Kazé output has shown that while their Blu-rays are sweet, and their PAL DVDs are acceptable, their NTSC-PAL conversions leave a lot to be desired, and are the least impressive of any distributor that I have reviewed. 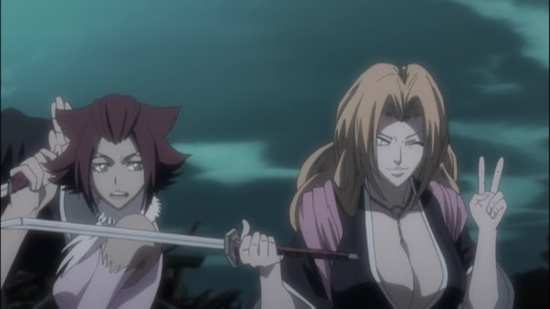 Incidentally Bleach’s 1.78:1 anamorphic image is now one of those few NTSC-PAL conversions that convert by simply repeating every 24th frame to create the 25th PAL frame. That explains the rhythmic judder in pans and scrolls, exactly once a second. On the bright side this means that the ghosting and blended frames that afflicted the earlier Kazé Bleach releases is gone, but the judder is annoying, and the image quality still looks of such low resolution that you’d still think it was a standards conversion. 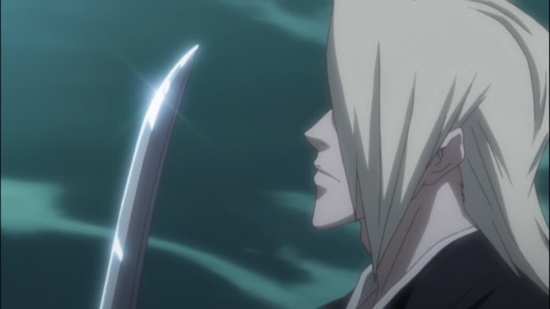 There are some positives to be had in the audio department. The discs now have the surround flag activated, so you now have DD 2.0 Surround English and Japanese audio. It sounds exactly the same in practice however. More significant is that Kazé provide translated subtitles for the Japanese audio, and a signs only English track for the English audio. This season sees some new theme songs debuted for the series, but unlike the Madman discs, the songs don’t have subtitle translations for the lyrics. These being Kazé discs, you can’t change audio or subtitles on the fly, so Hard of Hearing English dub fans are out of luck. 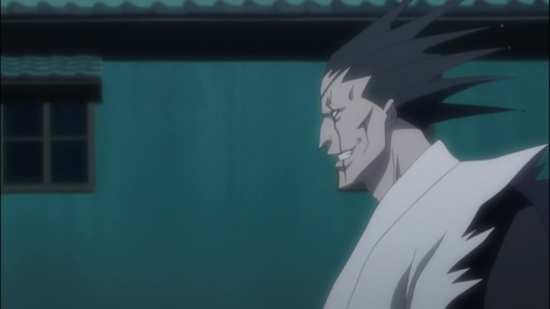 You’ve probably already heard me whinge about Kazé discs and UPOPs, so consider it whinged again. These discs are locked up tighter than Fort Knox, and I had to guess at the run time for the episodes.

Kazé don’t put separate Bleach trailers on their discs, and neither do they offer a line art gallery. All you get are karaoke versions of the credit sequences, minus the credit text, but with a romanji (Japanese in English script) burnt in subtitle track that insists that you sing along. Both discs autoplay with trailers for the Bleach Hellverse movie and Penguindrum. This collection of episodes debuts new theme songs, and unlike the previous set, I have no qualms in hitting the skip button.

Most episodes end with the Illustrated Guide to Soul Reapers Golden comedy sketches. 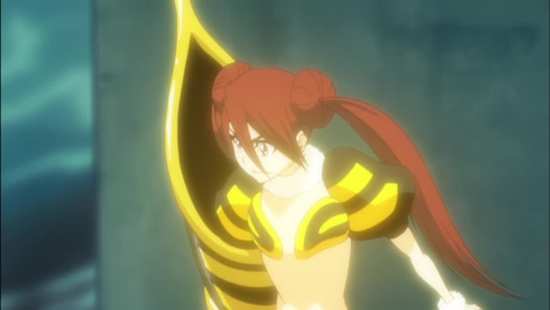 I had thought that with this being a filler arc, with a discreet and pre-determined beginning, middle and end, that it would avoid the shonen anime excesses of the main series. I thought it would be light on flashbacks, light on episode spanning fights, and heavy on the narrative and character development. I was wrong. In many ways this second part of the Zanpakuto Alternate Tale arc is just like the main series, drawn out, long winded, and for a narrative junkie like me, tedious. 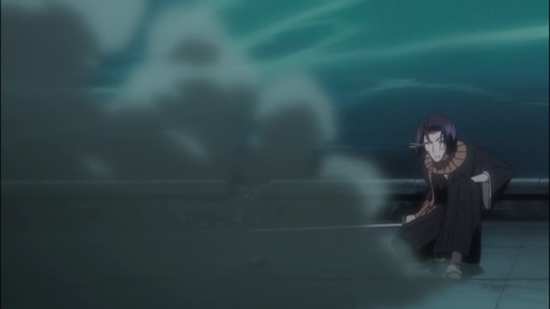 Narrative is the last thing that you’ll find in the first disc of this collection, with the series picking up where it left off in Series 12 Part 1, two hours plus of Soul Reapers versus Zanpakuto action sequences, hopping from character to character, fight sequence to fight sequence, peppered with the odd flashback and comic interlude, and with a grand total of about five minutes of story and character development in the whole thing. This is the sort of thing that puts me off Bleach in the first place, and I had hoped that this filler arc would dispense with the usual formalities. This wasn’t the case, and I was seriously downgrading my opinion of this arc. 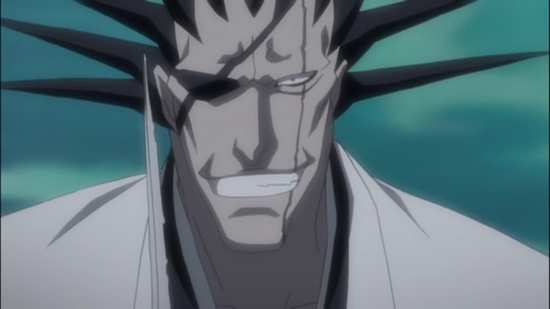 Then I put the second disc in, and everything changed. It’s here that we get story development, we get back-story and motivation, and we get to see character development as well. At the end of the previous collection, it had seemed as if Byakuya Kuchiki had betrayed the Soul Reapers, and it had left things poised quite dramatically. The reasons behind the betrayal become clear here, when the truth behind Muramasa’s rebellion is revealed. It’s a betrayal of another sort, as it transpires that the Zanpakuto rebellion, the coup against the Soul Reapers, is all just a means to an end. Muramasa is himself a Zanpakuto, one with unique abilities, and his actions are all tied into his master, and his desire to be reunited with him. 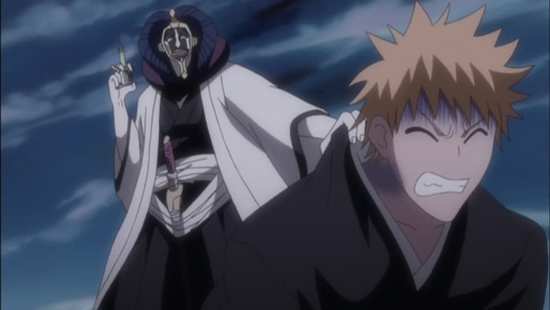 When the identity of that Soul Reaper is unveiled, it all becomes clear, Byakuya’s betrayal, the rebellion, everything. We get the truth in a couple of flashback episodes, but welcome ones that take the story back a few hundred years, to when Muramasa was still wielded by his master Koga. Koga’s story turns out to be a tragic downfall brought on by pride and ambition, hubris that will most likely put you in mind of Anakin Skywalker. His resurrection is what Muramasa desires, but that is an act that will have dire consequences not only for Muramasa, but also for the land of the living and the Soul Society. 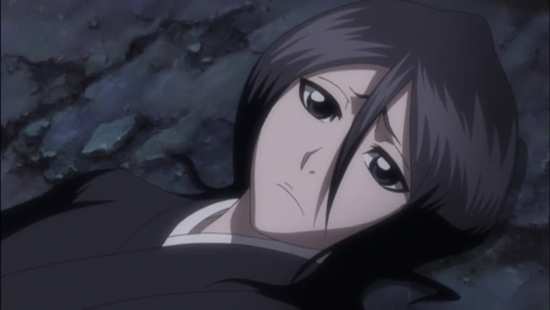 Things get pretty good by the end of this collection, but then take an apparent downturn again with a couple of disappointing developments. One thing is that the return of Koga is resolved pretty quickly, where he would have been a lot more interesting antagonist than Muramasa. The second is that Muramasa reacts by turning into some kind of Hollowfied monster Zanpakuto, reducing his complexity as a character, and the other thing is that sense of permanence that this story might have had as an Alternate Tale is undone by some unexplained reversals of character developments in the final frame. It turns out that Zanpakuto aren’t mortal after all... 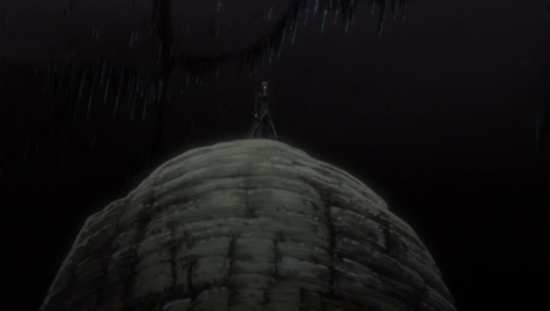 Bleach Series 12: Part 2 starts off dull and tedious, before getting really quite good for its second disc, but with the developments at the end of the final episode in this collection, it sets up a story which I just don’t believe can sustain for the final twelve episodes of this arc. Unless of course the interesting villain isn’t actually out of the picture just yet...