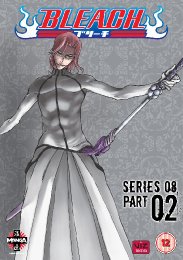 The next instalment of Bleach is upon us in the form of Bleach, Season 8 Part 2. In fact May offers us a veritable feast of Bleach by-products, as we not only get more of the television series, but the third movie makes its UK debut as well, in DVD and Blu-ray form. Not only that, but Manga have gone back, and sourced the first two movies as well for their Blu-rays. I was going to get all excited and enthusiastic about all this, but I made the mistake of watching the first two episodes of this set before penning this introduction, and I have already lost the will to live. Anyway, on with the cut and paste. 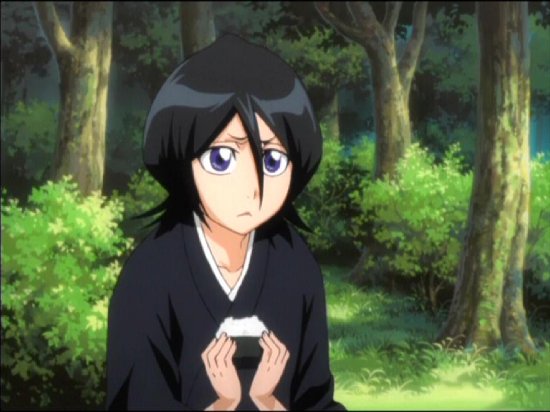 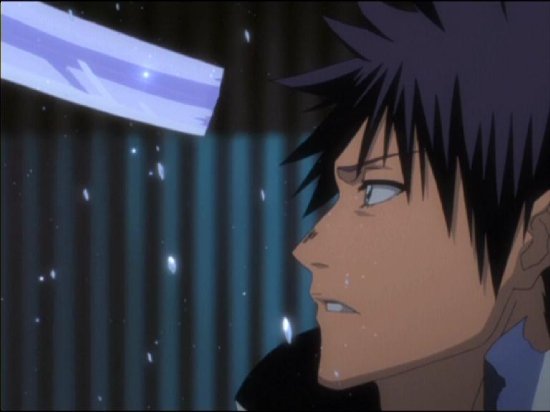 Previously on Bleach, Ichigo and his friends had returned from the Soul Society, and were trying to rebuild their lives in the real world. But then Captain Sosuke Aizen, who had betrayed the Soul Society and fled with his conspirators at the end of the Soul Society Arc, decided to put his plan into effect. He started by taking the strongest Hollows, indeed the strongest of the Menos Grande, removed their masks, and equipped them with the Zanpakuto swords and abilities of the Soul Reapers. These are the Arrancars, and they soon came to the living world to wreak havoc. At the same time, it turned out that there is an outlaw group of Soul Reapers, shinigami that have embraced their Hollow natures and strengths and have called themselves Visoreds. They came to the living world to recruit Ichigo, who has trouble controlling his Hollow half. 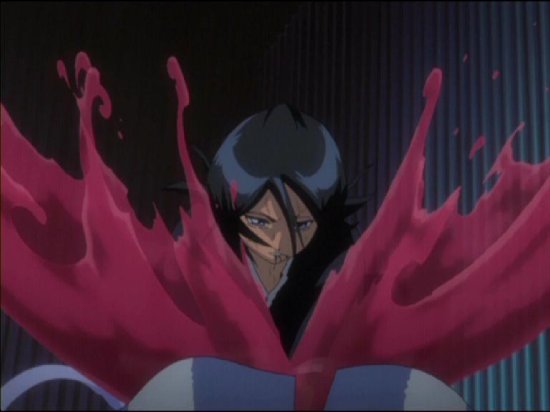 Aizen then kidnapped Orihime, and made it look as if she was a traitor. Thus it is that the only people willing to rescue her are Ichigo and his friends. Ichigo, Chad, Uryu, Renji and Rukia ventured forth into the nightmare world of Hueco Mundo, the source of the Hollows, and now the realm of the Arrancars, in order to rescue Orihime. They'd found a little help in the form of the diminutive Arrancar Nel Tu and her brothers, but when they arrived at Las Noches, the home base of the Arrancars, and the Espada, they had to split up and search for Orihime by themselves. So it is that the five adventurers wind up facing various foes alone, and the battles aren't at all going their way.

The concluding eight episodes of season 8 of Bleach are presented across two discs. 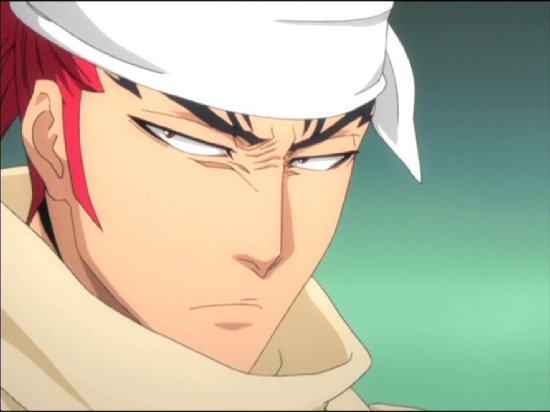 From Season 6 onwards, Bleach went native PAL. It's a more common sight in anime mastered in Australia now, and gone are the days of ghosting, judder, lower resolution and conversion artefacts, and in comes a 4% PAL speed up. The image is clear enough, the colours strong and vibrant, and the picture is as sharp as you would expect. It's a fun, colourful animation, heavy on the primary colours, and the character and world designs have universal appeal. I must say that since the sixth series, the character designs are showing a greater degree of inconsistency, which is a tad disappointing. Given that it is a long running show, you wouldn't expect a great deal of detail and frippery, but though the animation is simple, it's also very dynamic, especially in the action sequences. Bleach looks really splendid now, all except the end credit text scroll, which didn't survive the transfer to PAL as well as the animation did. 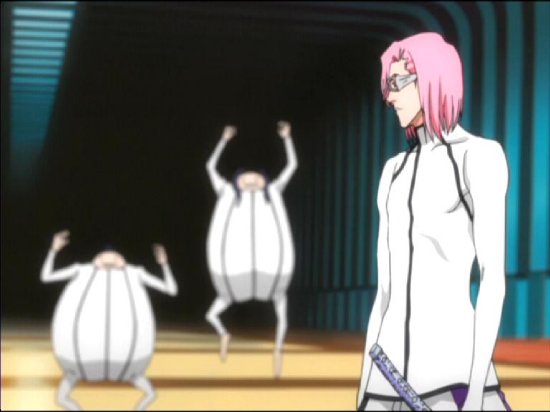 Static menus and a jacket picture for when the disc isn't spinning. Each episode ends in an Illustrated Guide to Soul Reapers Golden comedy sketch. The only extras are on Disc 2. This has the textless closing sequence, and 11 line-art images in a gallery, as well as trailers for the Bleach the Series, Bleach the Movie 1: Memories of Nobody, and Bleach the Movie 2: Diamond Dust Rebellion and the Bleach videogame. 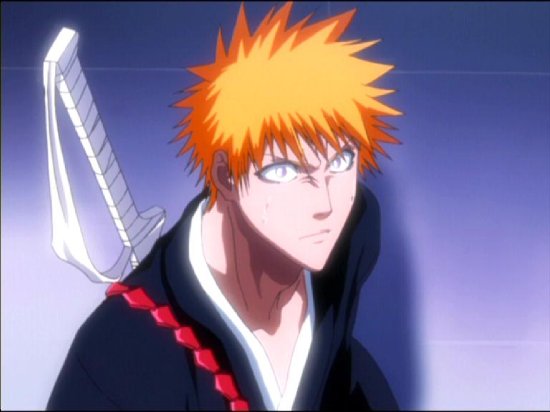 Aaargh! Someone make it stop. It's hurting my brain! You know what I need? I need Bleach appreciation classes. You get fine art appreciation classes that teach you how to look at paintings and understand the nuances of the brush strokes, you get wine appreciation classes that make you sound like those nutters on the BBC who can taste anything but rotten grapes in their libation of choice, and you get film appreciation classes that let you watch semi-static black and white images of a depressed naked Swedes debating the scorch pattern on the bottom of a teakettle, so that you can be a pretentious nob about it afterwards. I need to be taught how to enjoy Bleach once more. I need to see what benefit there is in me sitting and watching over bloated-male egos running around, waving big swords at each other, and letting fly with massive explosions of chi. They're like primary school kids playing Cowboys and Indians, trying to convince each other that the other guy is more dead than they are, and coming up with ever more fantastic reasons to explain just why, "But I shot you like a million times", "Yeah, but I shot you like a billion", "Yeah, but my gun was bigger." I have to watch this stuff to review it, and the more I watch of it, the more I feel as if I'm trapped in some kind of purgatory. 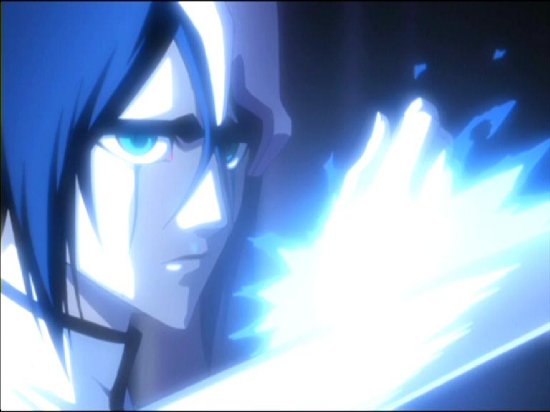 Don't get me wrong. I like shonen just fine, the battle tournaments, the posturing, the constant levelling up of abilities, and the succeeding through superior willpower, as long as it's done with style, emotion, and a sense of humour. I can still watch Naruto some 300 episodes in, I loved Soul Eater, and Full Metal Alchemist transcended its origins completely and became something else. Gintama may just be the best such show of its ilk, but then along comes Bleach, and it's so humourless, dry, so beholden to the tropes of the genre, and so self-important, that I wind up asking just what do Bleach fans see in it? What's the hook? What do you invest in? 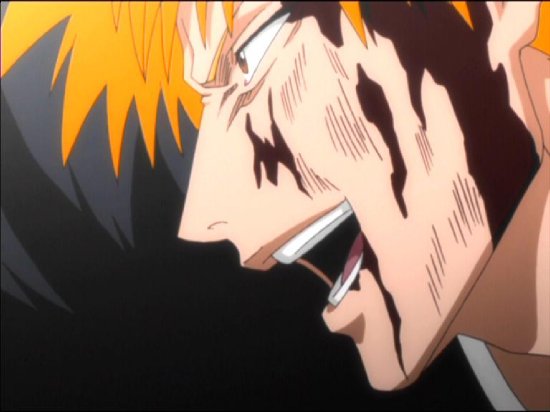 Worst of all is that it's so stretched out and tenuous. Midway through Season 7, Orihime was 'captured' and taken to Hueco Mundo by Aizen and the Arrancars. Ichigo and his friends decided to rescue her, and we spent the ten episodes of season 7 part 2 with the heroes chasing through Hueco Mundo trying to find the Arrancar headquarters of Las Noches. Season 8 turns out to be a shorter run than most, at just 16 episodes, although many anime manage to tell an epic story in less than that, and all that season 8 is, are Ichigo and his friends searching through Las Noches, looking for Orihime, and getting into fights with whatever enemies they encounter along the way. Season 8 is also where Ichigo and his friends get their behinds kicked big time. 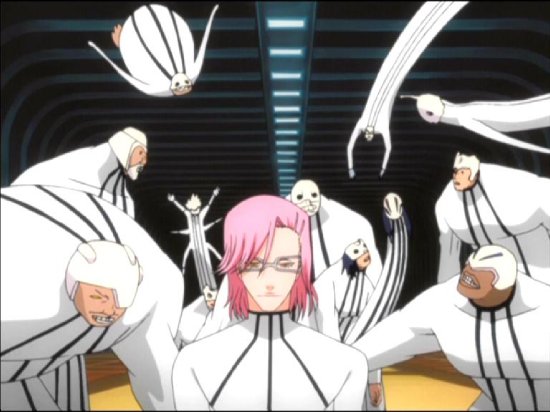 Apparently Chad is dead at the start of this collection of eight episodes, or at least everyone has telepathically sensed his demise through pure shonen cliché, Rukia defeats Bollock Jar by the skin of her teeth, and then collapses through the effort. While Ishida and Renji just about fight Pink Hair to a stand off by working together, but he promises to kick their asses after getting a change of threads. As for Ichigo, he gets into a fight to the death with Ulqiuorra (See, I do remember the names of the interesting ones), loses, then comes back to life to get into a fight to the death with Grimmjow. By now, the punches and kicks are so intense, the sword slashes so powerful, that whole mountains shatter when anyone connects with a strike. 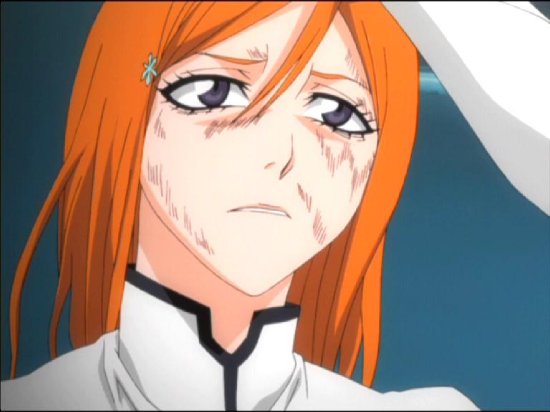 While the pointless posturing and eye-candy battles were going on, I was slumped in front of the TV, head in my hands, occasionally face palming, and telling this show to go forth and multiply. Then the worst possible thing that could happen, happened. Bleach interested me again. The final four episodes of season 8 suddenly bucked up and grabbed my attention. It's not because it's the Ichigo Grimmjow fight, although it's easier to invest in the world shattering combat when the characters are at least interesting. Grimmjow has enough of a history with Ichigo, and enough of shading to his character to hold the attention. The real big draw of the conclusion of season 8 is the return of Orihime to the narrative. Up to this point she's been a nice, subdued, acquiescent prisoner, poetically weeping on occasion when the creators decided that we needed some reminder of the point of this arc. Here, she finally gets to play a part in proceedings, first when she is taunted and bullied by a couple of Arrancars, and her response is atypical, and then when she finally is reunited with Ichigo, and she faces an emotional dilemma. She finally sees his Visored form, so similar to the Hollow that her brother became (see Season 1), that she's actually fearful of Ichigo, can no longer recognise her friend in him. This is what good storytelling requires, an emotional connection to the viewer. This isn't exactly good storytelling, but it is storytelling, rather than the running around of the previous 12 episodes. 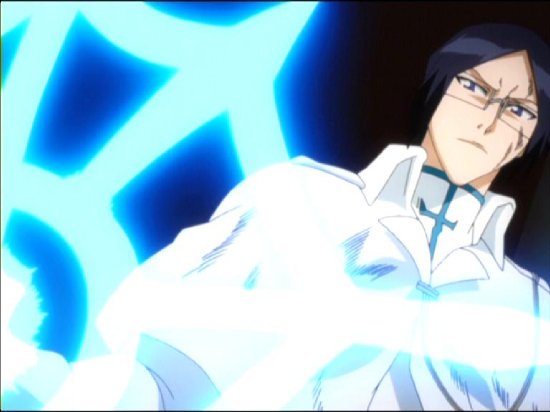 I used to dread the filler, and now I dread the stretched out canon episodes. I don't know what to make of what's coming up next, and if you have stuck with Bleach this far, you will be sorely tested. Series 9 will be a stretch of 20-something filler episodes, The New Captain Shūsuke Amagai arc. We'll then get back to the Arrancar storyline for Season 10, and thereafter, Bleach will alternate seasons of filler, with seasons of Arrancar until episode 316. Just when I feel that Bleach is ready to be consigned to the dustbin of history, it will give me just enough rope to hang myself for a few more episodes. The conclusion of Season 8 is exactly enough to make me want to see the start of season 10, and see where the story picks up. Bleach isn't fun anymore. It's a challenge!