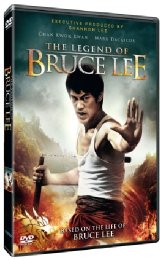 DVD
The 36th Chamber of Shaolin

Review for The Legend of Bruce Lee

The Legend of Bruce Lee 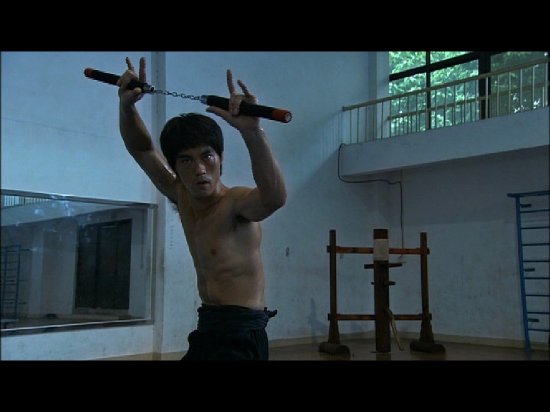 Unfortunately, Bruce Lee's famous quote is an apt description for this film, which does not allow itself to become limited by the truth, instead setting off on it's path in telling the story of it's subject. This in itself though, is nothing new. With The Legend of Bruce Lee arriving in shops post-Christmas, it seems that in 2012, there is perhaps little left to learn about the astounding, physical astonishing, philosophical Martial Artist. Lee not only established himself as a figure of iconic status in the 1960's but also a viable, marketable Hollywood star.

The significance and cultural influence of Bruce Lee is obviously well documented however, and has been dealt with on both the big, and little screens. While this has led to several genuine, serious attempts to tell the Lee story, it has also spawned the unfortunate "Bruceploitation" sub-genre. These works tend to be derivative cash-ins, often originating from Hong Kong, and designed primarily to utilise his name in order to sustain a waning industry. It's the sort of movie business shenanigans that one also has historically associated with Italy, and their uneven attempts to leech off the horror and western genres by aping individual pieces that are profitable at a certain time. Obviously, given the quagmire of output when dealing with this sort of enterprise, there are diamonds to be found in the rough.

On this subject, Bruce Lee: The Man, The Myth followed the trend, casting "Bruce Li" in the Li role- an alternative name for an actor named Ho Chung Tao. This 1976 effort however, was not a re-hash of a Lee plot, but a biographical entry, albeit spliced with fictional sensationalism. The most famous attempt to capture the story in a serious fashion emerged in 1993 in the shape of Dragon: The Bruce Lee Story, starring Jason Scott Lee. A year prior however, a thirty-part Cantonese TV series was filmed, starring David Wu, a famous Asian personality who starred in movies such as July 13th, and made appearances in Farewell My Concubine, and the controversial Devils on My Doorstep, about the Japanese war-time occupation of China.

In 2008, Chinese company CCTV went one better, with their hulking fifty-part series The Legend of Bruce Lee. Sold across the world, it's a series that has drawn it's fair share of acclaim, and broke records in it's native country. Having been edited into a three-hour movie for the US market in 2008, it makes it way to DVD and Blu-Ray in the UK thanks to Revolver Entertainment. For those English-speaking fans wishing to see this material, the new DVD release is undoubtedly the only way in which to do so, with the original series remaining available in Mandarin, but not English. Here, the picture is presented with English Subtitles. 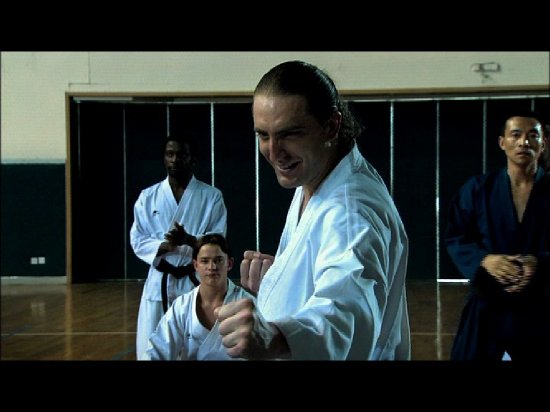 The film chart's Lee's progress, as he breaks into the American fighting scene, starting to gain momentum as a Kung Fu celebrity. He makes the most of his philosophical musings, spending much of the story whinging, while in the meantime finds love. In a heinous act, he also has his back broken in a contest that leads to a period of recovery and reflection. The film offers flashbacks to his youth, which are uniformly nauseating, before returning to the present day, where Lee encounters a series of Fighters on his path to err, winning the World Karate Championships and making his name as a film star.

This looks and feels like television, not like a movie, and as one could probably surmise, there are issues with both pacing and tone. Instead of flowing like a bio traditional should, it spurts out seemingly random vignettes, and action scenes. The haphazard nature of these ensures that it is very easy to become quickly bored. A couple of reasonably executed fight scenes elevate proceedings somewhat, and are fairly well handled, bordering on excitement in one or two instances. Given the shortcomings present throughout though, it's not enough to save this bloated beast of a film. Elsewhere, some of the decision-making leaves a lot to be desired. Before Lee takes on a challenger, the camera cuts awkwardly between shots of their arms locking, focusing in on the hairs standing on end. It's a silly visual, missing the mark intended by the filmmakers by a mile. Worse still, scenes like this segue into adequate marital arts sequences that are hindered by a soundtrack that undermines any attempts at serious drama. It's as if this film was the one shot at an artistic piece that the director had, and instead of delivering, has simply dragged down the material to a schlock level. The broken back Lee suffers is also depicted in a really trivial, inadvertently comical scene that perhaps would have been better sticking to the less dramatic truth (He suffered a training injury that kept him hospitalised). 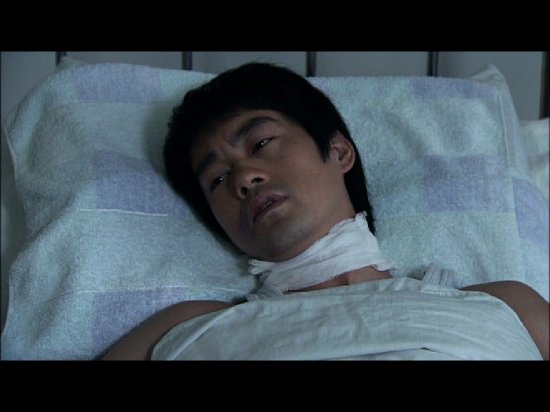 Danny Chan, otherwise known as Chan Kwok Kwan stars as Lee himself, and certainly looks the part. He's a hugely impressive psychical being. Unfortunately, he's let down by his surroundings. The Legend of Bruce Lee is an incredibly po-faced, rigid piece. It's only appropriate then, that the film does not have the appearance of anything special. Indeed, while the picture is for the most part, clear and crisp, everything looks rather flat. Some of the shots are tacky, pointlessly titled pieces of framing that distance rather than involve.
It's difficult to see who this will appeal to. Fans of Bruce Lee himself will no doubt find the wealth of exaggerations and exploitative myths frustrating, and perhaps even offensive. On the other hand, less knowledgeable Lee enthusiasts may well not notice or care, but are less likely to put up with the technical short-comings of the filmmaking. Worse still, the dubbing of the film is of the variety that will likely alienate viewers. It provides an otherworldly coldness, is difficult to empathise with, and makes it even more difficult to become absorbed into the action.
Don't be misled into believing this to be an accurate or enlightening document of Lee's life, it is far from that. Instead, it's a dull, exhausting waste of time. Only the least demanding of Martial Arts aficionados will likely appreciate this poorly told amalgamation of fact and fiction