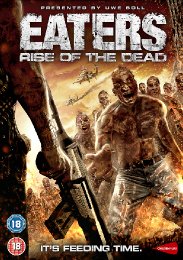 Review for Eaters: Rise Of The Dead

There's a line in the movie Twister that I can fully relate to, "I'd like to get hit by lightning once, y'know, see what it's like." As someone who reviews movies on a regular basis, I want to see an Uwe Boll movie, just once, see what it feels like. There's a director who is apparently so bad, he's legendary. I've never seen an Uwe Boll film, and quite frankly the prospect of doing so unnerves me, but I can't really join in the criticism without partaking of the poison. 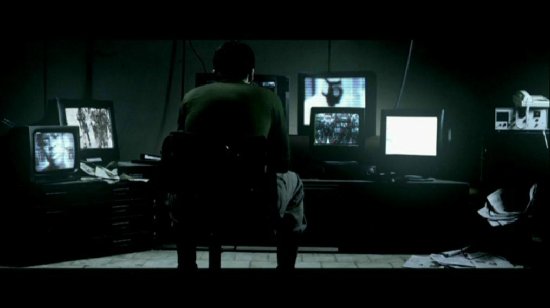 I'm not a fan of the horror genre, and of the various offshoots and fashions of horror, I really do hate zombie movies. Eater: Rise of the Dead is a zombie movie, one of those unsolicited discs that turn up for review from time to time, and it was well on its way to the circular file when a name caught my eye. The blurb is front loaded with the name Uwe Boll. Finally, I thought, my chance to experience what everyone else runs from, and I don't mean the zombies. Except as the disc began to play, I learned that Uwe Boll didn't direct Eaters, he presents it, he took a chance on two up and coming filmmakers, and made sure that their low budget movie got distributed. Anyway, by then the die had been cast… I was watching a zombie movie, and for all the wrong reasons. 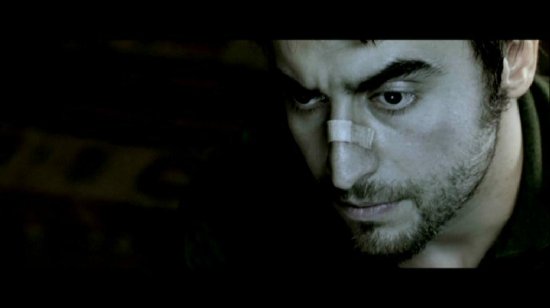 The end of the world has come and gone. A bio-terrorist claimed responsibility for unleashing a plague that wiped out the human race, turning the living into zombies, creating hell on Earth. But like all diseases, a 'lucky' few are immune to its effects. But the plague sure didn't pick the best and the brightest to survive. Igor and Alen are a couple of zombie hunters who may just be the sanest people left alive. They hunt zombies for Gyno, a scientist who tries to work on a cure. His colleague, and Alen's girlfriend Alexis is infected with the virus, but is somehow still alive, and Alen hopes that Gyno can cure her, which is why he and Igor brave the dangers outside to find zombie guinea pigs. But if it isn't the zombies, it crazed artists, or neo nazis led by a midget Fuhrer, and then one day they pick up a radio transmission from The Plague Spreader, the terrorist that started all this in the first place. 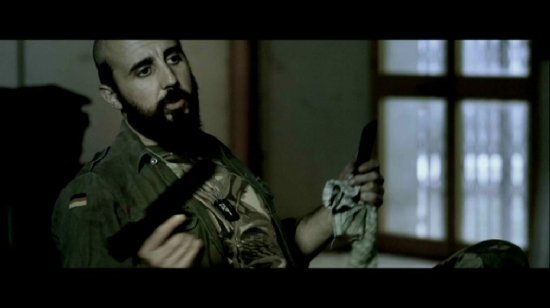 Eaters gets a 2.35:1 anamorphic image on this DVD that doesn't present any immediate issues with regards to the transfer, which probably is because it's a digital source going to a digital medium. You have the usual soft, digital look to the film, but by and large it's clear and colourful, while a lot of hard work in post-production, with regards to digital effects and colour timing, does much to eliminate that 2D flatness that a lot of digitally shot low budget films suffer from. What blew me away, was when I saw the extra features, and learnt just how low a budget this film had. It was shot using Canon 7D cameras. Those are digital photographic cameras, not digital film cameras, which just happen to have the added benefit of being able to shoot 1080p HD video. They do point out that the one flaw that this approach has is in panning shots, and I did notice the unevenness in such while watching the film, but having said that, it's still a stunning achievement. 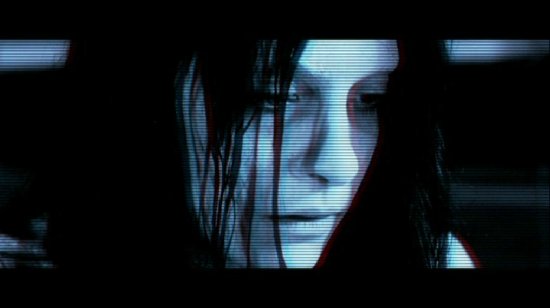 You have the choice between DD 5.1 and DD 2.0 Italian, with optional English subtitles. The dialogue is clear and audible throughout, and the subtitles are accurately timed and legible. The music suits the feel of the piece well, with some oddly chosen pop pieces to counterpoint the doom and gloom. There's a touch of Wham in there as well. I opted for the surround track, and found it to be suitably immersive if not all that spectacular. It does enough to put across the ambience and the action in the film though.

The film is presented on a dual layer disc with animated menus, but has the benefit of having the film on one layer, and the extras on the other, so no layer change.

The Making of Eaters: Rise of the Dead is the most substantial addition, lasting 34 minutes. In another film it would be a standard EPK making of, with interviews with the cast and crew, behind the scenes footage, and clips from the film. Indeed it has all this, but the cast and crew have such enthusiasm, passion, and candid criticism of their work that it feels like anything other than a press junket, and becomes a valuable companion piece to the film.

The VFX Breakdown is a 4-minute reel of before and after footage, showing the work done in postproduction adding effects and colour timing.

Finally there is the trailer for the film. 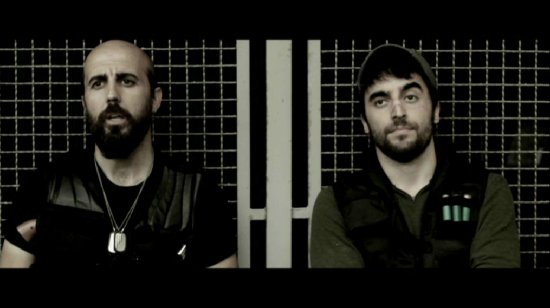 If it weren't for Uwe Boll, I would never have watched Eaters: Rise of the Dead. I would never have watched a zombie movie. I suppose we should all be grateful that Uwe Boll took a chance on two first-time directors and distributed their movie. I should also be personally grateful that it was Uwe Boll's name that induced me to watch Eaters, for I have found something that I didn't even know I was looking for. I've found a zombie movie that I enjoy, and dare I say it, a zombie movie that I love. I had an absolute blast watching Eaters, my initial misgivings quickly gave way to interest, and as the story unfolded, so did a silly appreciative grin across my face. It's solid, splatterific entertainment, well worth the investment of ninety minutes. 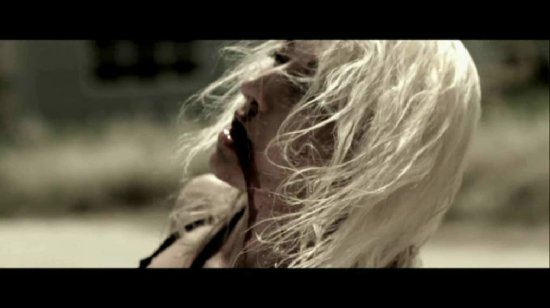 I've had the chance to review two low budget horror movies in the past couple of weeks, this and Demons Rising. Demons Rising was a chore to watch, an example of hopeless expectations dashed by an inability to deliver the desired results. It looked like what it was, a homemade movie. Eaters on the other hand oozes professionalism through every frame. Low budget isn't a hindrance here; it's a spur to excel. Above all they get the basics right, it looks and sounds like a feature film, the cinematography is gorgeous, the sound design is top notch, the actors' performances are excellent, and the effects are great, especially the zombie make-up and gore effects. 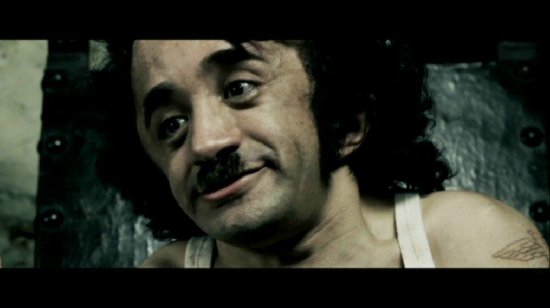 It is a zombie movie though, and even if I avoid the genre, I'm still aware of all the tropes. They are all present in Eaters, particularly the current vernacular in that all of the undead result from some kind of viral plague. It's the change in audience sensibilities I guess, the sixties and seventies saw zombies as a metaphor for communist encroachment, the fear of being devoured coupled with the fear of loss of self. Our current world suffers more from terrorism as a global menace, coupled with the constant panic of epidemics and drug resistant bacteria. The zombie virus spread by bio-terrorism is merely a reflection of our age. With it come the mad scientist, the half crazed survivors, and the various perils and pitfalls our heroes face trying to survive in this hell on Earth. It's typical of the modern zombie movie, all clichés present and correct. 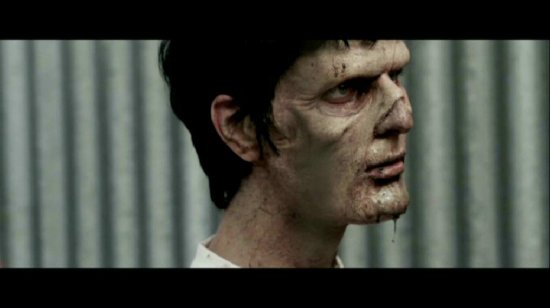 What makes Eaters transcend all this is the script and the performances. The script is honed to within an inch of its life, there's no wasted moments, no dead air, and above all it has an intelligence and wit to it that I don't recall seeing in a horror movie. That comes across in the characters, especially the central duo of Alen and Igor. The dialogue in the film has been approached with the sensibility and consideration of a Tarantino movie. There is a lyricism and elegance to it that really appeals. If Pulp Fiction's Jules and Vincent could be in a zombie movie, they would be Alen and Igor. Igor in particular, played by Alex Lucchesi is a wonderful creation, a wry, sarcastic, pithy, delightful, foul-mouthed psychopathic philosopher, a lunatic counterpoint to Alen, who is trying to hold onto his humanity in the face of overwhelming madness, in the hope of saving his girlfriend. He's the melancholy heart of the movie, the human eyes through which we experience this zombie vision of hell, and as close as we get to a normal character in the film. 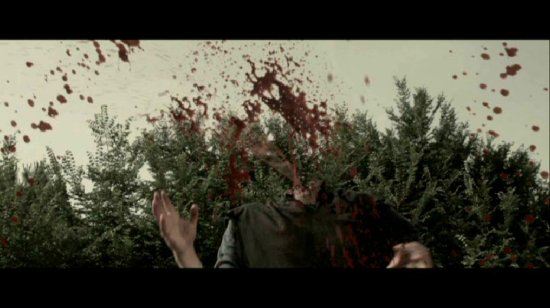 Eaters: Rise of the Dead is a splendid treat. Admittedly I'm not the most well-versed in zombie lore, but of the few such films I have seen, this is by far the best. Someone who hates the genre recommending the film has to mean something. Besides, any film that has as one of its villains a midget Hitler has to be seen just for that alone. 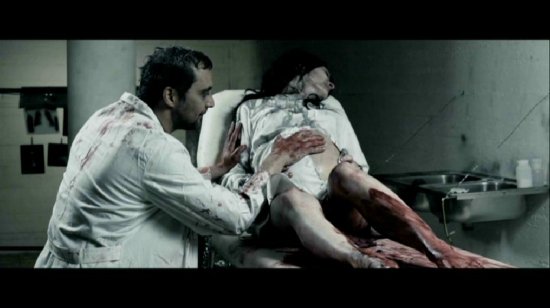