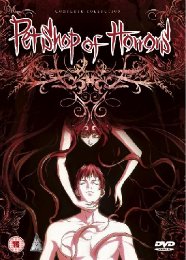 Review for Pet Shop Of Horrors

Pet Shop of Horrors sounds like it ought to be one of those spooky musicals that were so in vogue in the seventies and eighties, sort of Johnny Morris crossed with The Rocky Horror. Oookay… Now that's an image I'm going to need mental bleach for. Pet Shop of Horrors is in actuality a horror anthology manga that has enjoyed significant success, with its volumes readily available even now in the UK. That popularity never quite translated into a full-blown anime adaptation though, with this four-episode OVA collection all that was made. It's getting on a bit now, made as it was in 1999, but it holds a special place in many hearts, still being talked about fondly years after it was released in the US. Urban Vision originally released this show on two videotapes, editing two episodes together on each tape. When the DVD was first released in 2001, it kept to that format, although all four episodes are accessible from the menu. In a sign of the show's popularity, Sentai Filmworks (ADV redux) re-released it early last year, and now MVM have followed suit in the UK. Pet Shop of Horrors is finally here after eleven years, but can it still send a shiver down the spine?

Count D runs a very exclusive pet shop in Chinatown, sourcing all manner of rare, arcane, and supernatural pets for a rich and elite clientele. However, his products usually come with strict guidelines on care and handling, and a refusal to accept the consequences if the rules aren't religiously adhered to. So it's a string of deaths that draw a police detective named Leon to the pet shop. The only thing the victims have in common is that they were clients of Count D, and with the pet shop implicated in all sort of criminal activity, from drug smuggling to gun running, the brash policeman is going to take a personal interest in the effete and elegant Count D. But Leon's walking into a world he can't comprehend. 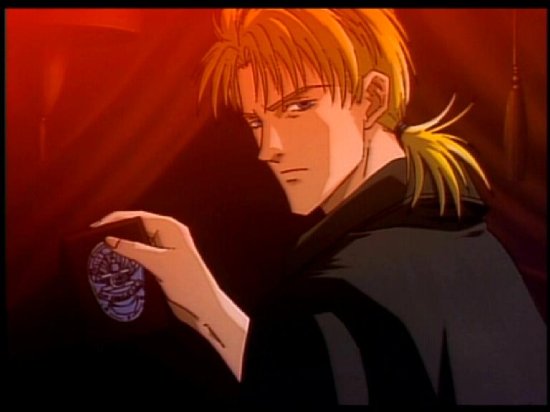 All four episodes of the OVA are presented on this disc in two separate chunks.

1. Daughter
The Haywards are grieving the loss of their daughter Alice, but the Pet Shop offers them what looks like a second chance, when Count D sells them a rabbit. It's a rabbit that looks just like their daughter, and even appears to recognise them. It seems to be a miracle, but the Count warns them to follow the rules, and that no matter how much the rabbit begs, to only feed her fresh vegetables and water.

2. Delicious
It was supposed to be their happiest day, but Jason Gray is bereft following the apparent death of his bride to be on their wedding day, when Evangeline Blue fell overboard from the cruise ship where the wedding was taking place. Only now a mermaid has washed up on the shore, one that looks just like Evangeline, but has no memory of Jason. Could Evangeline have been a mermaid all along? 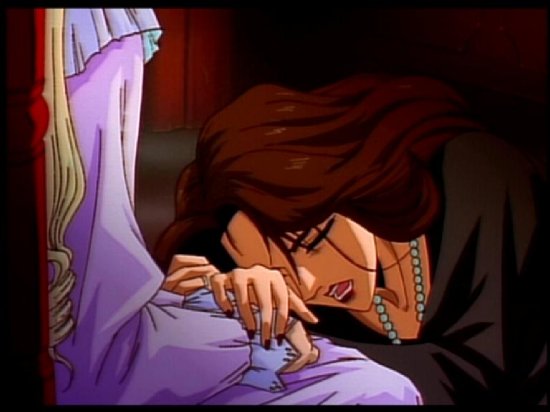 3. Despair
A has-been actor found dead with the body of an exotic reptile draped over him sends Leon to Count D's again, armed with an accusation and a delicacy from an exclusive bakery. The accusation doesn't impress, but Count D's sweet tooth can forgive anyone who knows his cakes. It's enough for Leon to hear the tale of the client with a passion for lizards and reptiles, who was living on past glories and his wife's paycheck. When his wife leaves him, Robin Hendrix purchases a rare pet indeed, a medusa.

4. Dual
There's tale of a legendary beast, a Kirin that can grant ultimate power to he who is deserving enough to own it. For Congressman Roger T Stanford, who read the tale of the Kirin in a former President's diary, it could be the key to the White House. Except Stanford is a philanderer, a playboy and the black sheep of his family. His wife Nancy is on the verge of leaving him, and it's only his aide and childhood friend Kelly who is predisposed to obtaining the ultimate power for him. Would Count D be willing to sell a Kirin to a man like this? 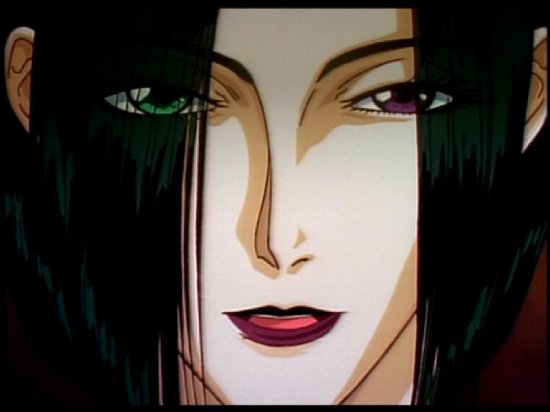 The 4:3 regular image is definitely a product of its era, soft and hazy, and barely a step above videotape quality. The image is stable and free of any telltale tape artefacts, and also free of digital artefacts as well, but you can't get past how soft it is, and how faded the colours look. The character design is simple, sort of Kawajiri-lite, but the animation is limited and not all that vibrant, even for an anime made in 1999. But it does effectively use light and dark, and shadows for atmosphere and mood. 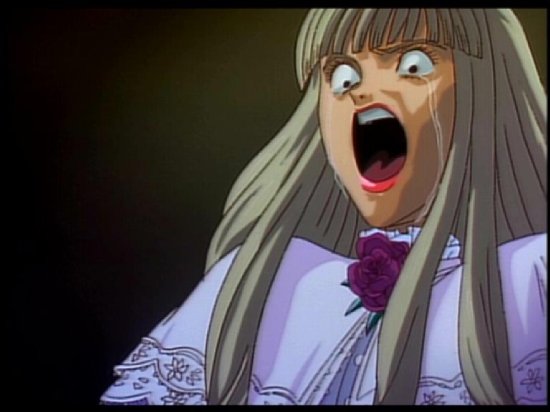 The sound on this disc comes in DD 2.0 English and Japanese, with translated English subtitles. The dialogue is clear in both versions, and the music is nice and creepy when necessary, with the audio working well to complement the creepy visuals. There's a scene where someone feeds a mouse to a pet snake, and the crunching of the bones is enough to set your teeth on edge. It must be said though, that Pet Shop Of Horrors' English dub certainly comes from a bygone age, and Count D's fey ethnic accent does a good enough job of setting my teeth on edge without the snake.

The Urban Vision release originally came with a deleted scene and a full-length audio commentary, as well as 5.1 English audio. This MVM disc appears to mirror the Sentai re-release though, in that the only extra feature is a clean credits sequence, and the audio is vanilla stereo. MVM have added trailers for Fate/Stay Night and X: The Movie though. 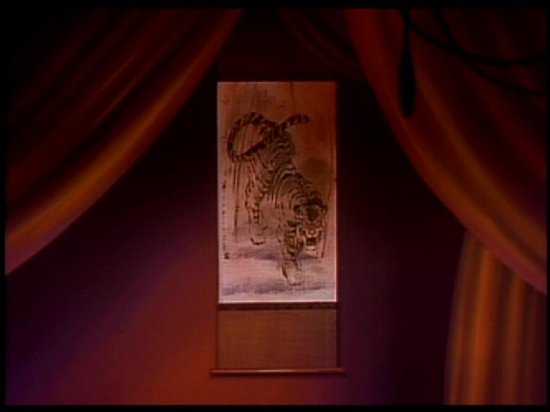 "Don't feed them after midnight, don't get them wet, and don't let them out in sunlight." The Pet Shop of Horrors offers more than just gremlins though, but each exotic animal invariably comes with three very important 'don'ts' for the owner to follow, and the owner will inevitably break one of the rules, setting forth all sorts of blood-curdling pandemonium. The first two stories are classic little horror allegories, with some rather disagreeable people with more money than sense, buying pets from Count D, breaking a rule and then paying the price. 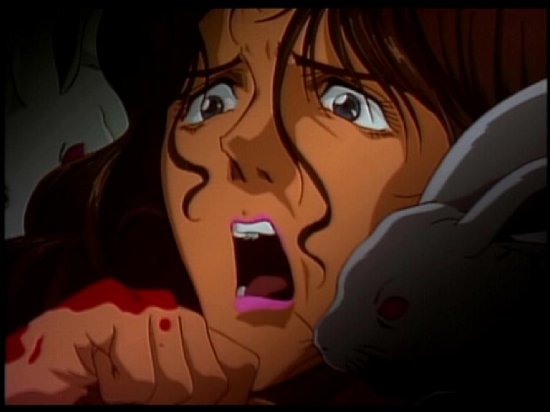 The first couple grieving the loss of their daughter think that they can replace her with a rabbit that seems just like their daughter. The important rule is to feed her just fresh vegetables and water, nothing else, but a soppy look from the rabbit/girl gets mother feeling gooey and offering her a sweet. It turns out that these parents indulged their daughter's every whim as well. Then there is the grieving widower who seeks solace in a mermaid that looks just like his wife, but then forgetting to keep her well fed. If you like spooky stories where the antagonists get grisly comeuppances, then these two episodes are ideal, if formulaic. I found them similar in tone and style to another old series, Vampire Princess Miyu; indeed the mermaid episode was nigh on identical to a VPM story. But just like Vampire Princess Miyu, these episodes are definitely of their time, entertaining enough, but rather simplistic and dated. 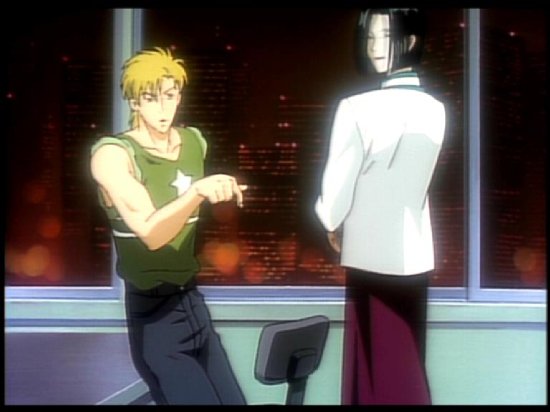 I was ready to dismiss Pet Shop as such, but the final two episodes dissuaded me of that. Where the first two episodes set the formula and paint the backdrop of this world, the final two depart from that formula and offer something more character based and complex. While the spooky, horror elements remain, these aren't just stories about unworthy people getting their just rewards. The tale of the washed up actor whose decline and vain pursuit of lost glory catches up to him, is a tale that is more a tragic love story than anything else, while the final tale weaves a pretty complex character tale in its runtime, with twists and turns worthy enough of a Twilight Zone episode. These two episodes are a cut above the first half of the disc, and alone make the price of the disc worthwhile. 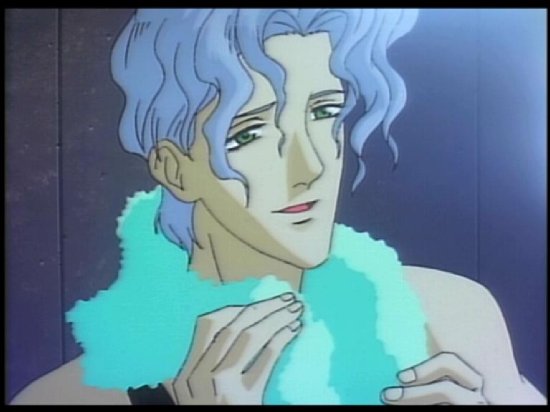 The Count is a rather effete, elegant, and refined character, somewhat enigmatic and dangerous when it comes to the pets he sells, and the rules that must be obeyed, but who turns to putty when anything that can tantalise his sweet tooth appears on his plate. Leon on the other hand is the gruff, loose cannon of a cop, determined to get his man, blustering his way through investigations. These are two, rather stock characters, but the joy comes in seeing them interact, as they have a mutual antagonism that balances a mutual respect and a slowly developing friendship. It makes any meeting between them, usually through an investigation into a death, edgy and unpredictable. The downside of the OVA format is that this antagonistic friendship is barely scratched upon, and it's a shame that it can't be explored in depth here. I guess that's what the manga is for. 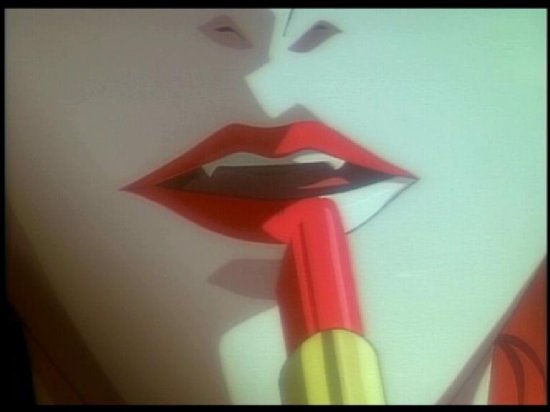 With MVM delving into the back catalogue more and more these days, the concern is that what they bring to the UK may be dated even before it gets here. And visually and in terms of the dub, Pet Shop Of Horrors seems older than it actually is. But when it comes to the content, especially the second half of the disc, it becomes clear why this OVA is such a fan favourite. If you like stories that are spooky and unsettling, a bit of old school anime creepiness, then Pet Shop Of Horrors is just what you are looking for.