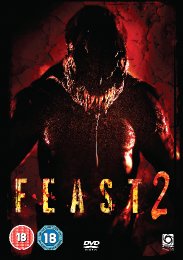 DVD
Survival of the Dead

The first Feast film won Project Greenlight and was a fairly entertaining and gory low budget monster movie with a group of misfits trapped in a desert bar by unknown creatures. This, the second instalment in the trilogy, picks up shortly after the events in the first film when a biker chick pulls up, finds her sister's hand in a dog's mouth, locates the Bartender and demands to know what happened. When he tells Biker Queen that she's dead - accidentally blown to bits- she ties him to her motorcycle and rides off to the nearest town with the rest of her gang to find Bozo, the man responsible.

This turns out to be a bad move as the town is overrun with monsters and a variety of odd characters are all hiding there. Circumstance forces them to band together into an unlikely alliance of bikers, car salesmen, midget wrestlers and bimbos. When they realise that the safest place to wait for help in town is the jail, they go from building to building until they are next door - so near and yet so far. 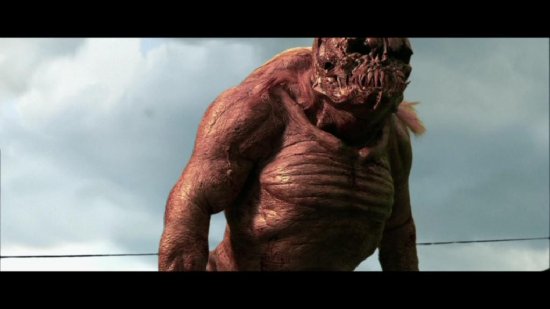 Not only is the police station tough to get to because of the creatures, but the Meth dealer locked inside is happy where he is and doesn't want anyone setting him free.

Clu Gulager, who plays Bartender, is always good value for money and was great in Return of the Living Dead, but is underused here, the other characters taking prominence. The running story about the car dealer, Slasher, hating his employee for sleeping with his wife starts off quite well but becomes tiresome, partly because his wife, Secrets, is incredibly annoying and vacuous. It's also a very cheap movie - and looks it, especially when the rooftop climax looks as if it was shot on a soundstage against a backdrop. 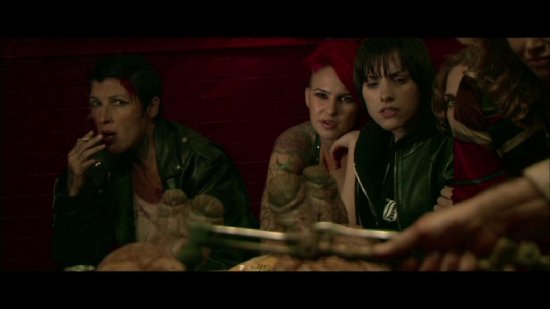 Extra Features
Sadly, this release doesn't port the commentary from the R1 disc, so you get two fairly brief featurettes: Scared Half to Death Twice: The Making of Feast II and Meet the Gulagers.

The making of is reasonably interesting with some amusing behind the scenes footage and interviews, but the Meet the Gulagers featurette is pretty dull and self indulgent - wow, there were three generations of Gulagers on set! 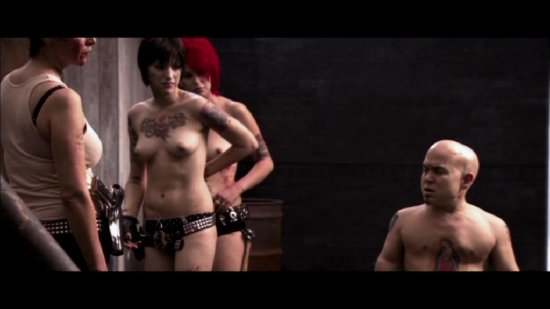 The Picture
Consistently good with deep contrast levels and vibrant colours, though some of the darker scenes lose a bit of clarity. Though the monster effects are obviously created by putting men in suits, there is an autopsy scene with a well realised model corpse but, as mentioned above, the fake backgrounds are rubbish and some of the green screen work and visual effects are also far from convincing.

The Sound
The Dolby Digital 5.1 track is clear and presents the dialogue well whilst using the surrounds in the action sequences to pretty good effect. 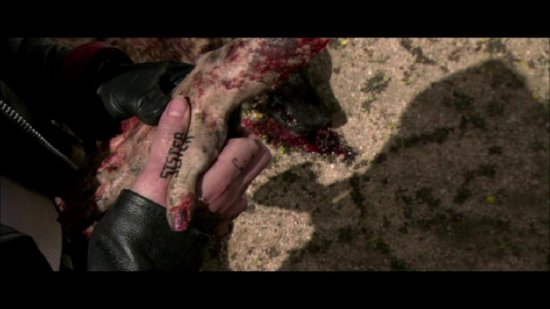 Final Thoughts
Feast II should have been a film about tension and character development but John Gulager and screenwriters Patrick Melton and Marcus Dunstan continued the uneasy mix of comedy and horror from the first film so any drama that is created instantly dissipates. As you can probably guess by the title, Feast II: Sloppy Seconds was never going to be the most sophisticated film ever released; and isn't. The filmmakers also push things way too far until they lose impact, being neither horrific nor funny by trying to be both.

This was a real let-down as I enjoyed the first film for what it was: a low budget horror comedy with some decent named actors and good jokes to go with the gore. This doesn't maintain the same standard and the pacing is sluggish, serving only to set the franchise up for the third, and better, instalment.