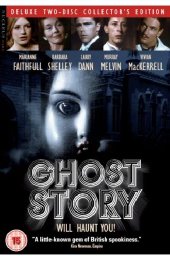 Synopsis:
Revered, misunderstood and oft-discussed, Stephen Weeks' rarely seen 1974 dreamlike chiller is the absolute definition of a cult British Horror film. Set in 1920's England it tells of three former public schoolmates, Larry Dann (The Bill), Murray Melvin (The Devils) and the enigmatic Vivian Mackerrell (the inspiration for Bruce Robinson' s creation 'Withnail', seen here in his only major screen role), who reunite in a country mansion haunted by the spirit of insane former resident Marianne Faithfull (Girl On A Motorcycle). The haunting transports them to a surreal world of demonic dolls, sadistic doctors, incest and murder.