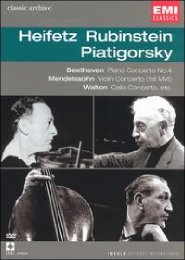 CD
Romantics in England: Music for Cello and Piano

Jascha Heifetz (1901 - 87), Arthur ('Artur') Rubinstein (1887 - 1982) and Gregor Piatigorsky (1903 - 76) were among the most celebrated musicians of the twentieth century, all born into Jewish families in Eastern Europe, and all subsequently settling in the States and becoming citizens over there (although Rubinstein had a particular fondness for Britain too, having stayed here for the duration of the Great War).

During the late-1940s, they came together, albeit briefly, to form a piano trio with the aim of giving some Summer concerts. Dubbed 'The Million Dollar Trio' by some (as they had done for a previous trio formed between Heifetz, Rubinstein and Emanuel Feuermann), the trio played a few gigs, but it all came unstuck when Heifetz and Rubinstein fell out.

This EMI DVD doesn't show any of the three playing together, which is a great shame, but we do get a fantastic set of works that, for the most part, show why each of the artists were celebrated as soloists in their own right. 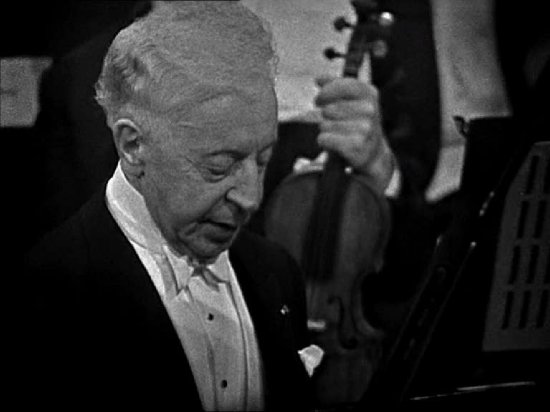 Passable, for the most part, although the sound in the Heifetz sections is appalling, with any evidence of his famed style almost lost completely in a bombardment of cramped treble overkill.

Ranging from fairly decent (Walton) to absolutely dire (Mendelssohn et al). The TV/film lighting used for Heifetz's radio slot performance comes across as extremely harsh and it's very difficult to watch. It also seems that there's an extra screen involved somewhere, as if we are watching a recording of a recording. This obviously doesn't help either vision or sound. 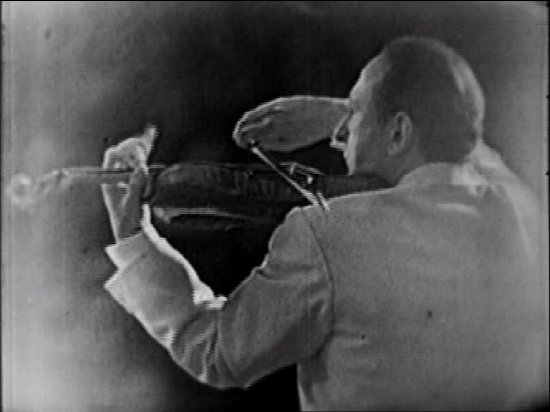 The DVD claims that Rubinstein's performance of the Chopin is an extra, but as with other discs in the series, could easily have had this included in the main body of the programme.

In order of programming, we begin with an absolutely superb performance of Beethoven's 4th, with Rubinstein playing with the flexibility and power of a man half his age (he was 80 at the time of the recording). It's a reading that shows great familiarity and an enormous amount of respect for the music, giving it very little more than is actually written, and things are all the better for that. It is perhaps a little too matter-of-fact in places, and I would have liked a bit more time in resolving the second movement's 'cliffhanger', but these are very minor quibbles. 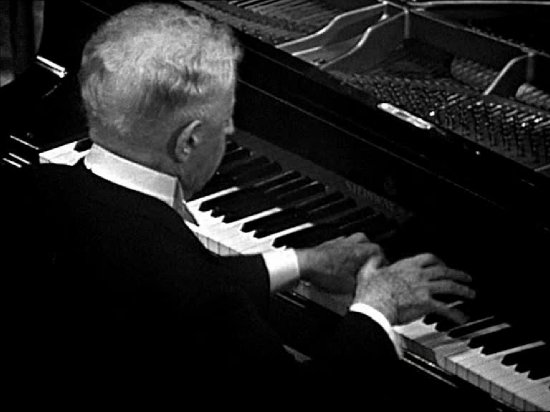 The LPO, under Dorati, play very well indeed, and manage some impressive quiet passages despite looking as if it's the full complement (plus extras).

It feels stange to say this, but the major drawback of this DVD is the Heifetz section, and not necessarily because of the dreadful recorded sound and picture.

Heifetz had a reputation for being the best fiddler in the world, and this was often hard to argue against as his technique was second to none. He did lack a certain 'warmth' at times though, and the way he smashes his way through the first movement of the Mendelssohn (however ably assisted by Donald Voorhees and the Bell Telephone Hour Orchestra) it's almost embarrassing to see. It's certainly one of the fastest takes on this work I've heard. 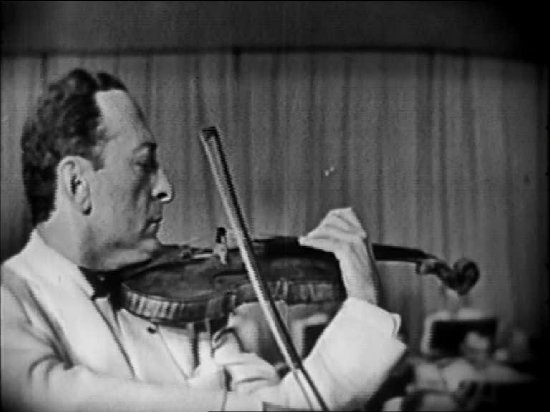 The mood is calmer for the two 'lollipops', and some of the camera angles bring out the 'stereotypical'  Heifetz look which has been admired for decades, and the technique displayed in the Grigoras Dinicu piece is frightening! All too late though, as the Mendelssohn has spoilt the moment.

Things are rescued with the Walton Cello Concerto (recorded in February 1957), still hot off the press, as it were, as Piatigorsky had only give its premier the month before with the Boston Symphony Orchestra. Here, Malcolm Sargent and the BBC SO show why they have always been first choice for 'contemporary' music (well, it was then), and are worthy accompanists to a man who plays with a rare passion for a work which was written especially for him. 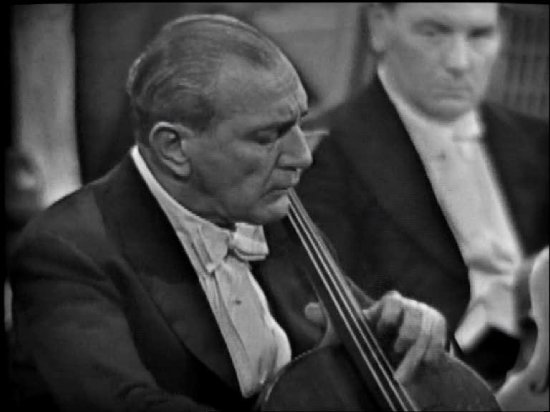 It's a piece I've previously had trouble enjoying as much as I do the violin concerto (written for, and premiered by Heifetz), but have developed a newly found respect for it after watching such a fine performance. In places, the sound seems to have trouble coping with the extremes of dynamics written by the composer, but the detail is still startingly clear, not least because it was filmed in the Albert Hall, presumably before the large acoustic ceiling mushrooms were installed. 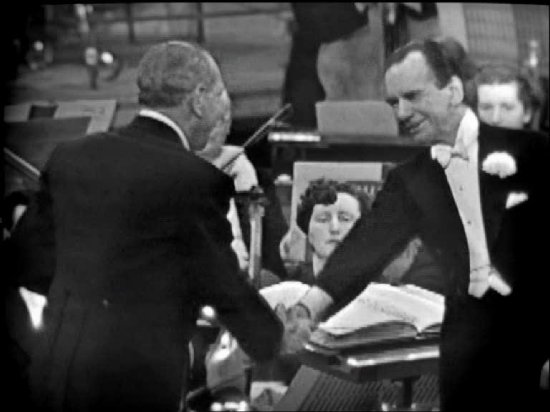 The 'extra' is a fine, if  weary performance of Chopin's famous A flat Polonaise. I say weary, as Rubinstein has obviously performed a tiring concerto immediately beforehand (the work isn't specified), and there's an almost 'throwaway' attitude to it all, although if I was able to play an instrument to any standard at 80 and a half I'd be very happy.

Highly recommended, but only for the Beethoven and Walton.