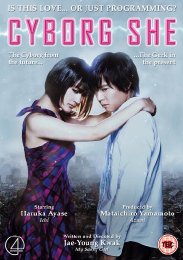 She is a cyborg from the future, living tissue over a casein alloy endoskeleton, a lethal fighting machine, with a single mission and no consideration for anything else. She's been sent back in time, to locate one man, Jiro Kitamura, and save his life. While she's at it, she may just learn the meaning of human emotion in general, and love in particular as well. If Terminator was a romantic comedy, you would have Cyborg She. Colour me interested, and it's 4Digital Asia who will be releasing this in the UK, and courtesy of their good graces, the check disc winds up on my doormat. Actually, it's a DVD-R, so expect this review to be short in the technicals. 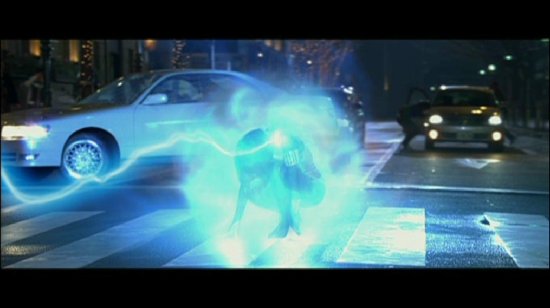 It isn't Jiro's first encounter with a time traveller by the way. One year previously, on his birthday (which as usual he was spending alone), he encountered an unconventional girl to say the least. He first saw her shoplifting, then was so entranced by her walking down the street, that he walked head first into a lamppost, then she joined him at a restaurant, ordered the entire menu, and then had to escape with him when she couldn't pay. She then said she had to return to the future, and disappeared from his life. Then one year to the day, she reappears again on his birthday, except this time it isn't her. It's a cyborg identical to her from the future, sent back in time to save his life. The cyborg also contains a message from his older self. The familiar face was to grab his attention, but she's also here to keep him safe from the other disasters that are about to befall. His older self spent 60 years creating her, but could never instil a personality. He's relying on his younger self to teach the robot the meaning of humanity, and the meaning of love. And so begins the tender story of one man and his 'droid. Only Jiro is about to learn that while the future may be diverted for a time, it can never be completely averted. 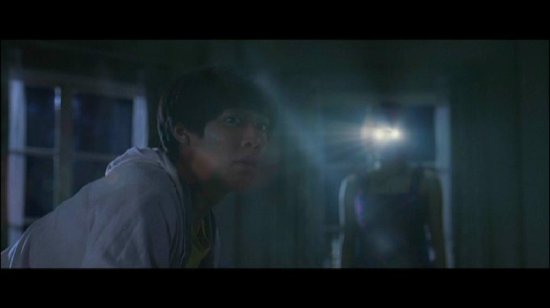 Well, a DVD-R rarely engages this reviewer's excitement, and so it is that I received a single layer disc, sans all the extras, with just a 2.0 soundtrack (I don't know what the final spec will be), and two dropouts, and a horrendous grinding skip during the end credits. That said, I did at least get the 2.35:1 anamorphic transfer, optional subtitles, and a welcome absence of any watermarks, anti-piracy warnings, or frame counters. It's reviewable! 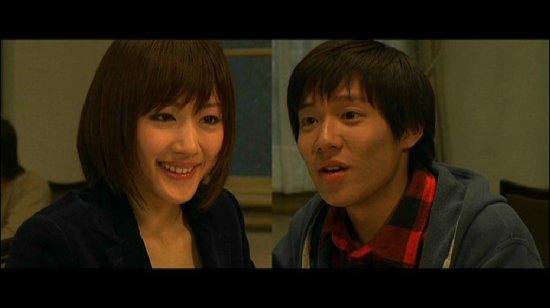 That's just what I needed on a cold forbidding October night, a warm, inviting, sci-fi, fairy-tale, romantic comedy. Cyborg She is sweet, it's tender, it's a gentle tearjerker feel-good movie that mixes genres and styles, throws everything into the mix, apparently at random, and still turns out to be something very special indeed. It certainly appealed to the sci-fi fan in me, and there is a whole lot of time travel and paradox to keep track of. It's a film that you'll have to pay close attention to, as what happens at the beginning is brought to bear at the end, and there are plenty of those time loops that fans of Back to the Future are fond of. It also appeals to the Terminator fan in me, and it more than pays homage to the Cameron classic. The cyborg is a Cyberdyne model 103, and she arrives crouched in a glowing sphere of energy, heralded by an electrical discharge. Of course some may be disappointed that she is clothed, but this is a gentle romcom made in Japan after all. 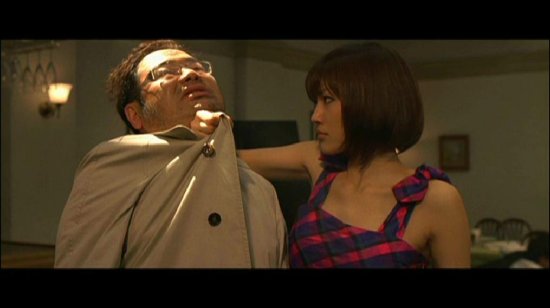 There's a lot of culture clash and silliness, especially in the first part of the film where Jiro first meets the future mystery girl, and then a year later the cyborg fashioned in her image. The cyborg is a blank slate, lacking the skill to fit in well with society, and there is plenty of comedy to be had in seeing Jiro get to know her better, and start teaching her about humanity. While Cyborg She is an original story as far as I can tell, there is a lot that's familiar here to fans of anime and manga like Ah My Goddess, which sees an all powerful deity come to Earth to live with a hapless and unsuspecting teen. Here it is an all powerful robot from the future, and seeing Jiro gradually warm to her is delightful, as are her attempts to fit in, although cooking his pet iguana isn't a great start. 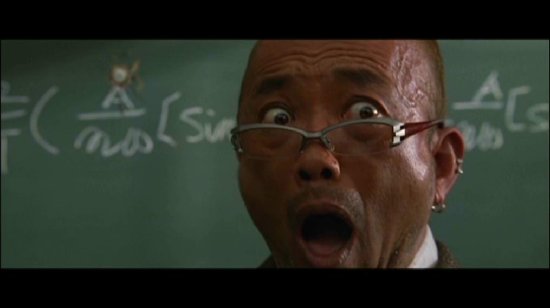 Cyborg She could easily have stayed in this fun and light vein, and have been perfectly acceptable as a movie. The story does move on though, and the cyborg does slowly learn about people, and Jiro in particular. She begins to interact with him as more than just a bodyguard, and starts to take an interest in his emotional well being as well. There's a charming moment in the film when she takes him back in time to the hometown he had though he'd lost, and you can begin to see some reciprocation in their relationship. It isn't enough though, and as you would expect in a romantic story, adversity does come between the two and in more than one form. Incidentally, Cyborg She has some of the best CGI work I have seen in Japanese cinema, quite realistic, and indicative of high production values indeed, approaching those of astronomically budgeted Hollywood productions. Thereafter, the film takes a somewhat more tragic turn, and really starts tugging at those heart strings in earnest, until… Well, I did say it was a feel-good movie, and Cyborg She leaves in the best possible way. 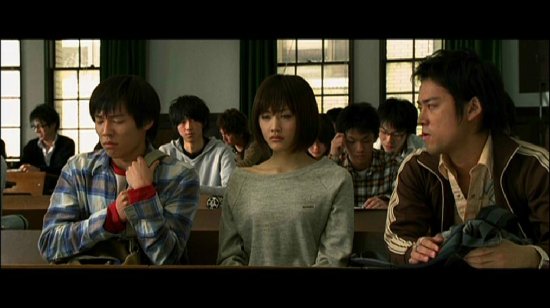 I think what is most charming about Cyborg She are the performances. Keisuke Koide as Jiro is utterly engaging and likable. He plays the nerdy young man with an air of affability, and he brings just the right measure of vulnerability and solitude to the role, without making him needy or whiny. Of course, Haruka Ayase is simply perfect as the cyborg, cold and distant, but slowly growing gentler and more human as their relationship deepens. It's also a wonderful contrast that she has with her role as the quirky mystery future girl at the start of the movie. Of course there are some things in the film that don't bear thinking about. It's a time travel movie, so plot holes can be passed off as paradox, and those paradoxes shouldn't be given a second thought, lest they cause nosebleeds. There is also one moment at the end of the film that may cause you to scratch your head, as it made me scratch mine. But I'm not going to waste time pondering it. Cyborg She is a fairy tale, and a fairy tale needs a certain kind of ending. Cyborg She gets the best kind of ending, and when the end credits rolled, I felt satisfied with a movie in a way that I haven't felt in quite a while. 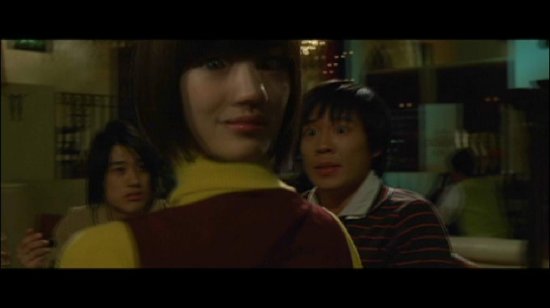 I loathe DVD-R check discs on general principle. They very rarely offer the release product for review; they're usually cut down, unrepresentative, and often difficult to watch. The rare few that come with a whopping great logo in the middle of the image are simply unwatchable. I'm always tempted to mark a film down, just because it's on a DVD-R, even though I know it's horrifically unprofessional. However, I have found the odd quickly burnt off check disc to be acceptable, even enjoyable, and on one or two occasions, have even been tempted to upgrade to the retail release, after several months consideration and anticipation of a bargain bucket sale. I say all this because last night I did something I have never done before. I turned off the movie, after hearing it try to grind its way through the end credits, turned on my computer, and immediately placed a preorder for Cyborg She. I love this film. I want this film. You should want it too.