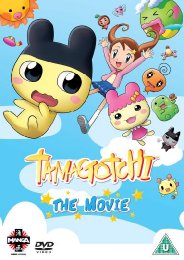 Back when I was a spry young lad at university, when the Internet was called Janet (Joint Academic NETwork), and all the sane people used Unix workstations, I had a little application in my account called Neko. It was a little animated cat that lived in a resizable window, and whose sole purpose in life was to chase your mouse pointer around the screen. That is where my experience with digital pets begins and ends. Nowadays, everyone apparently has a digital dog or cat that they play with on their handheld gaming device. Back in the nineties, it was Tamagotchi; little digital eggs that you had to keep fed and watered for some arcane reason. I avoided those insane children with their blooping, and bleeping appendages, hoping against hope that they would grow out of this temporary obsession (they did, they went and bought mobile phones with Crazy Frog ringtones). I thought that the craze had vanished, as toy fads are wont to do, but evidently not. Tamagotchi is still going strong today, eggs are still sold, and the toy has even spun off onto console and handheld games, television series, and even two feature films in 2007 and 2008, the first of which falls to me to review. 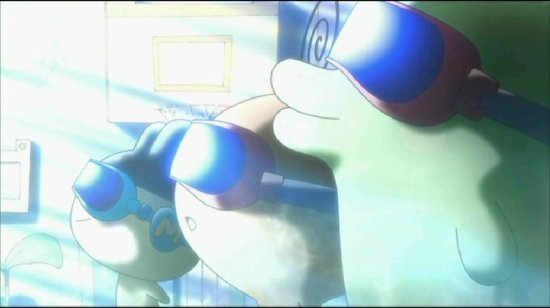 Tampopo is a little girl on Earth who likes playing with her Tamagotchi, but who's nervously awaiting the arrival of a little baby sibling. On the planet Tamagotchi, young Mametchi is also looking forward to becoming a big brother. But Mametchi has a big problem, he's afraid of the dark. Being the son of a scientist, he's built a transporter device, and he plans to bring a second sun to the world, so that it will never be dark again. But his transporter gets knocked off target by Kuchipatchi, and snatches Tampopo off Earth and brings her to planet Tamagotchi instead. Tampopo is surprised to see that Tamagotchis are real. Mametchi's father promises to send her back home again, so until then, Tampopo has lots of fun adventuring with her new friends. Mametchi hasn't given up on his plans though, and he tries chemistry next, and he succeeds in creating a little sun. But the next morning, the real sun has vanished, the whole world is dark, and without the sun, the planet catches a cold, and its sneezes start shaking everyone about. Mametchi and Tampopo will have to take the rocket that Mametchi's father is building, and go and look for the sun, or planet Tamagotchi will be dark forever. 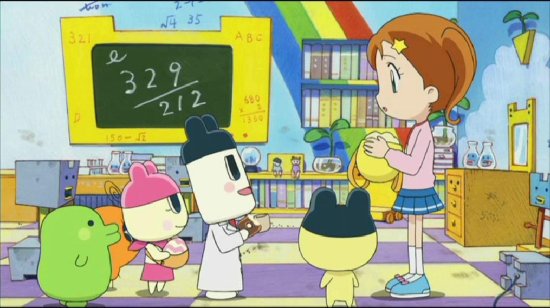 Tamagotchi the movie gets a very nice 1.85:1 native PAL anamorphic transfer. It's clear and sharp, and the fluid animation comes across very effectively. It's bright, colourful, with simple and pleasant character designs that are sure to appeal to the target audience. That target audience is catered to by the choice of DD 5.1 and 2.0 English audio, although there isn't a marked difference in the two tracks. The dub is perfectly suited to a cartoon aimed at young children, and while the anime purist in me may balk at the lack of an original Japanese option, the realist accepts that the target audience probably won't be au fait with reading subtitles, in fact may not be au fait with reading full stop. 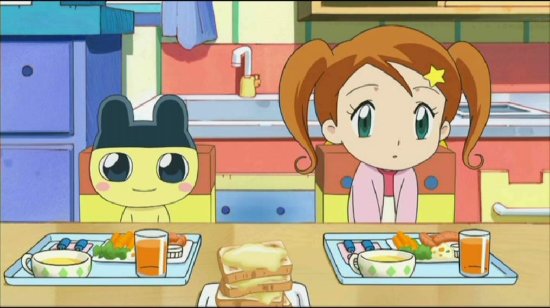 There is an extra though, a Tamagotchi promo that lasts 3 minutes. It's more than your usual trailer, as it offers a couple of behind the scenes clips as well. There is an English voiceover, but the film's dialogue is in Japanese here, with cute English subtitles. Maybe a US disc if released will have a Japanese track accompanying the film, but neither this, nor the Australian release have one. 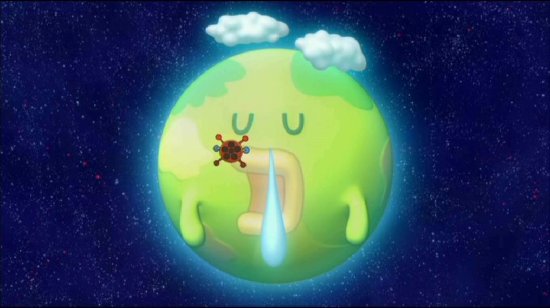 I wish I were five years old again. Maybe this review would be written in crayon, but at least I would have enjoyed this film. I am definitely outside the target audience. But Tamagotchi is bright, it's fast paced, and it's colourful, with appealing characters and gentle humour. It's wholesome family fare (meaning it's safe enough to plunk the kids in front of while you do something more meaningful with your 80 minutes), and it tells a charming little adventure story without getting into any sort of grey areas whatsoever. It may be worth telling your toddlers that there is a happy ending, and that any scary moments will be resolved to everyone's satisfaction. There are one or two moments that may distress the most nervous of infant dispositions. 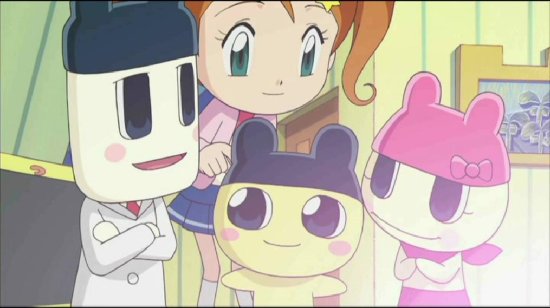 It wouldn't be good, wholesome family fare without a meaningful message or two, and there is indeed a nice message about how becoming a big brother or sister doesn't mean your parents don't love you anymore, and that while you may argue with your sibling, it doesn't mean that you love them any less. There are also threads about taking responsibility for your actions and being honest, it's all decent and worthy, and may have been sickening, except that Tamagotchi finds the balance between preaching and entertaining just right. 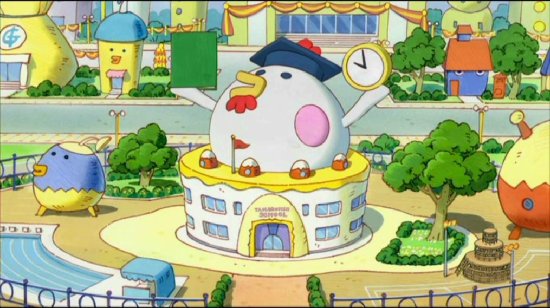 As for this thirty-something reviewer, I was just freaked out by the fact that everything on Tamagotchi world has a face and a voice, including the planet itself. The ramifications of that don't bear thinking about, but for young imaginations it's probably an appealing idea. Also, everyone's name end's in 'tchi', and there's one character who puts 'tchi' at the end of every sentence. It was annoying until I remembered that I still don't know what the verb, 'to smurf' means. Tamagotchi is a nice, energetic and lively film that, aside from the fact that it's a major corporate tie-in, certainly won't offend any adult sensibilities, and will prove to be a pleasant enough babysitter for the youngest members of your family. If I can give this film an endorsement at my advanced, cynical and embittered age, eighty-plus minutes of Tamagotchi failed to put me to sleep.