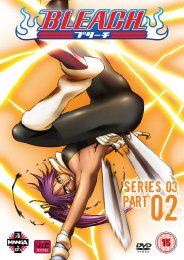 There ought to be a law against too much Shonen. That's anime shows targeted at young male audiences, if you wish to avoid Wikipedia. However, this June, Manga Entertainment release both volume 6:2 of Naruto and this Bleach 3:2 collection. There's only so much "I'll do my best!", episodes spanning battles, and fighting against impossible odds that a reviewer can take. I may not make it through this month intact. If I fall, someone take up the baton. But I swear, I'll do my best, believe it!

You'd think that a teenager's life would be complicated enough if he could speak to ghosts. But that was only the beginning for Ichigo Kurasaki. When he literally bumped into a Shinigami named Rukia Kuchiki, he was introduced to a whole new world. The Shinigami's mission is to guide forlorn spirits known as Wholes to the Soul Society, and protect them and the living from Hollows, perverted spirits that have become monsters that prey on other souls, living or dead. They are not supposed to let the living know about this supernatural world, but not only does Ichigo see Rukia, circumstances force her to give him her powers, and train him to be a Shinigami while she regains her strength. Through their adventures, Ichigo learns that his classmates Orihime and Chad are similarly bestowed with spiritual abilities. He also meets Uryu Ishida, the last Quincy, heir to a tribe of spiritual warriors from the human world that once sought out and destroyed Hollows, before the Shinigami in turn eradicated them for disrupting the balance. 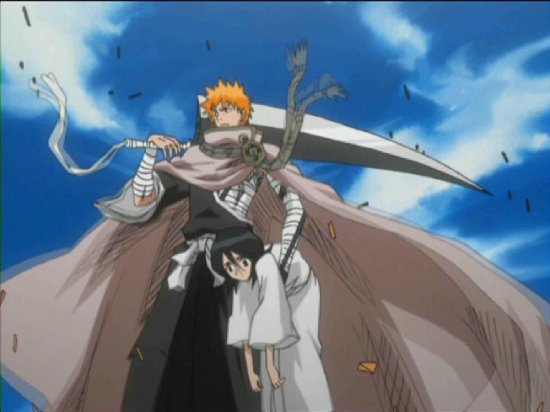 But Rukia's sojourn in the human realm wasn't sanctioned. She broke the rules by giving her powers to Ichigo, she broke the rules by teaching him how to be a Shinigami, and she broke the rules by staying in the human world to support him. Her own brother Byakuya led the team to capture her and take her back to the Soul Society, where she now waits for the death sentence to be carried out. Ichigo wasn't going to stand for this, so guided by the talking cat Yoruichi, he, Orihime, Chad and Uryu set forth, through the gates of the Soul Society into the next world to rescue their friend. Previously, the friends had been split up after entering the Shinigami stronghold of the Seireitei, and were all making their way towards the prison where Rukia was being held. But the various Shinigami squads were alerted to their presence and went on the hunt. Someone among the Shinigami saw this as an opportunity to change the balance of power, and one of the squad captains was murdered, the killing blamed on the interlopers. It turns out that there is a lot more going on in the Soul Society than just the imprisonment of a stray Shinigami. Rukia is the innocent sacrifice as certain individuals jostle for power, one of the side-effects being that Rukia's execution is moved up. Time runs out, and for Ichigo to have a chance to rescue her, he has to master the Bankai, to increase his own skills and abilities as a Shinigami. It's something that takes the most skilled Shinigami years, and he has just days to accomplish the same. Even if he does manage it, he'll have to face Rukia's brother Byakuya in battle. As the story resumes, Rukia is taken to the place of execution, the blade begins to fall, and Ichigo is nowhere to be seen… 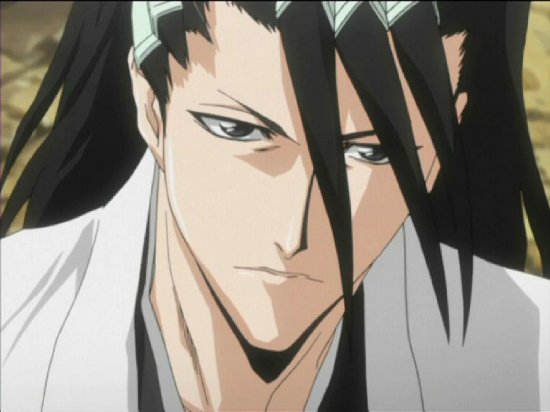 Bleach gets a 4:3 transfer that, other than the usual NTSC-PAL conversion issues, is unproblematic. The image is clear enough, the colours strong and vibrant, and the picture is as sharp as you would expect. It's a fun, colourful animation, heavy on the primary colours, and the character and world designs have universal appeal. Given that it is a long running show, you wouldn't expect a great deal of detail and frippery, but though the animation is simple, it's also very dynamic, especially in the action sequences. 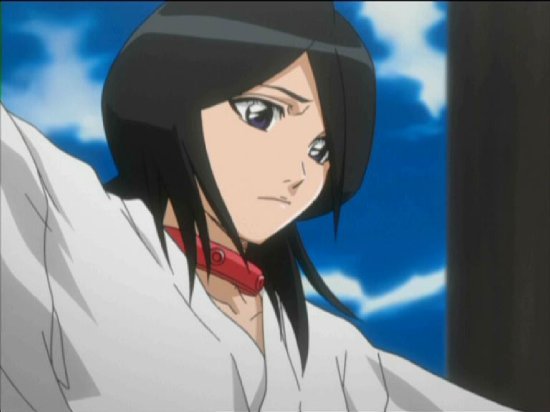 Disc 1 has a textless closing sequence, along with 21 line-art images in a gallery.

Disc 2 has the closing sequence again, and 19 line-art images in a gallery, as well as trailers for Naruto, the Naruto movie, Bleach, the Death Note live action feature, and the Bleach Video Game.

There may be additional goodies in the packaging, but having received the review discs only, I cannot say. 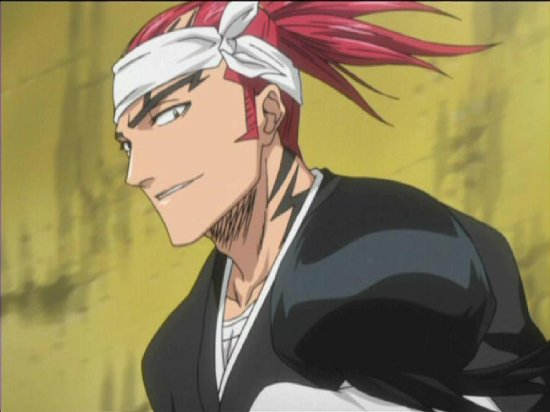 For me, Bleach hasn't been an easy watch for at least the last 40 episodes or so, and I've expounded on that opinion for the last three reviews. It just hasn't matched up to the promise of the first season, which was comprised of entertaining stories that developed the world and the characters, and delivered in terms of emotional crescendo and dramatic climax. The Rescue arc on the other hand has lasted two whole seasons, has given us obfuscation and enigma, and has been structured in a way to delay the emotional climaxes, and put off the character developments. It's been equal measure of entertainment and frustration, and quite frankly I was expecting to simply type 'ditto' and be done with this review of the conclusion. It's definitely not more of the same however; instead volume 3:2 of Bleach not only concludes the Rescue Rukia arc, but it also delivers on everything that has been delayed, and wraps it up with perhaps the best episodes of Bleach yet. It's true, in the world of anime, Bleach is the equivalent of tantric sex. 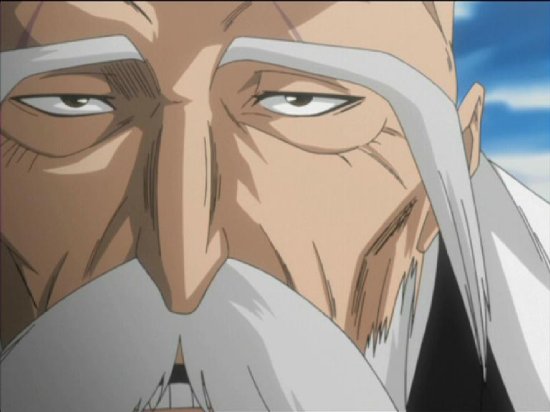 I had facetiously quipped that the way that Bleach was going, Rukia's execution would be five episodes long, as they would keep cutting away from the blade making its descent, to concentrate on the emotional angst of a completely irrelevant character. Fortunately that doesn't happen. Instead, that part of the story comes to a conclusion, as Ichigo turns up in the nick of time, ready for his rematch with Rukia's aloof brother Byakuya. The following episodes do return to the tried and tested formula of bait and switch, as we get a bit of action, before shifting to another confrontation elsewhere, and so on. I must admit, following the explosive confrontation at the Sokyoku, I did have a sinking feeling that this would last to the end of the arc, but fortunately that wasn't the case. It was still annoying to be pulled away from the Ichigo Byakuya confrontation, although the Yoruichi Soi Fon story was certainly satisfying, The Head Captain confrontation with Shusui and Ukitake was nothing less than pointless though. Thankfully there were only three episodes of this. 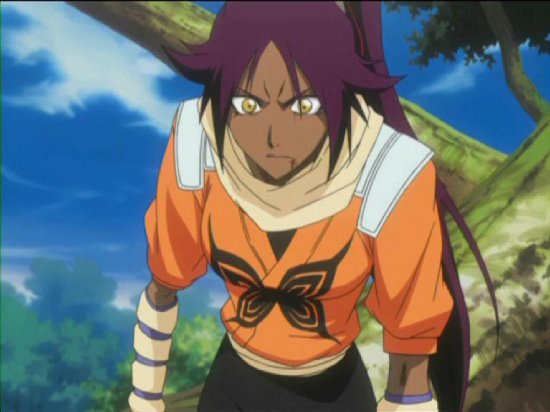 The final five episodes of this arc almost, almost made the previous five discs worthwhile. Not only do we get the emotional release of seeing Ichigo triumph against his opponents, unleashing his Bankai (which as you would expect, is completely unpredictable given his character), and achieving his mission. We finally get to see what all the machinating and manoeuvring has been about in the Soul Society. Motivations and plots are revealed, the architects behind everything that has happened are identified, and best of all, we get to find out why all that running around attempting to slice each other to bits has been taking place over the past 40 odd episodes. Suffice it to say, that it has been more than justified, as the intricacy and the grand scope of the villains' plan threatens to shake the Soul Society to its very core. It also turns out that everything that has happened, has done so to advance this plan, although there are hints of an unexpected development with regards to Ichigo, revealed during his fight with Byakuya, a development that gave me quite the thrill. 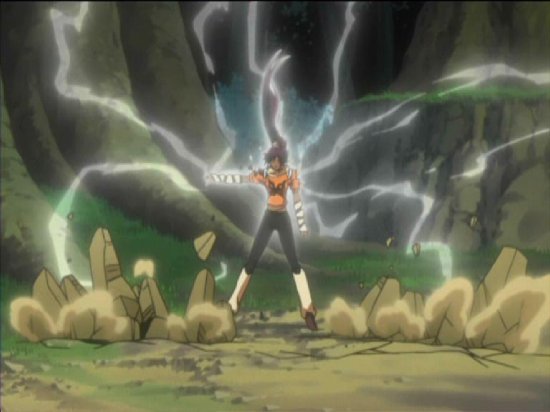 Love and loyalty, hate and betrayal, it's all in this conclusion, and given how we've been made to wait, it's all the more satisfying for it. It's why with a conclusion this good, I've been reticent to share the details. The final episode of this set is the necessary wind down zone. The pause and reflect episode before everyone heads back to the real world, everyone except… That's the one issue with the show's chronology at this point. Manga Entertainment have been sitting on the Bleach movies for quite a while now, waiting for the continuity to be in sync before releasing them. The first Bleach movie comes out in July, but the next instalment of the series comes out after that. It's just a matter of a few episodes, but it really should have been the other way around. It's a small thing though, and I'm sure fans of the series won't be too discomfited by that. 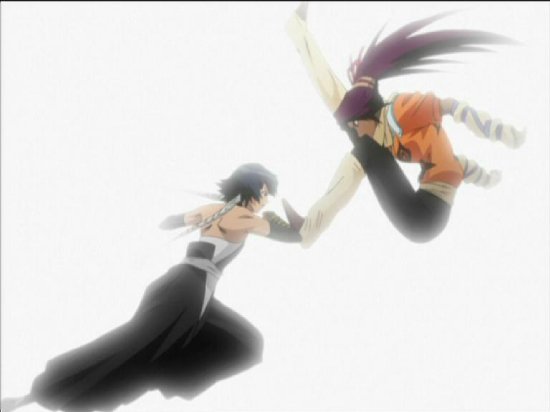 Bleach is a typical shonen series though, and there is plenty of taking it to the next level in this set. If you aren't familiar with the tropes, some of the displays of skill, power and ability may have you rolling your eyes, when clashes of swords result in mushroom clouds of energy released, and when characters on the brink of death, pull themselves together to deliver a final blow to their enemies. If you watch this stuff, then you should already know what you're signing up for. The thing that annoys me is the reticence to kill 'name' characters. The small fry bite the bullet with impunity, but if a character has had a smidgen of development, any sort of back-story, then that character is immune from the Grim Reaper. There was a moment in the climax, where it looked as if a character had been killed. It was an emotionally powerful scene, a sign of ultimate betrayal, and the indication of just how deep a character's villainy ran. That a few episodes later it was revealed that the character had been saved from a fatal wound by a quick application of chi, really cheapened the moment. But it was one false note in an otherwise stellar symphony. 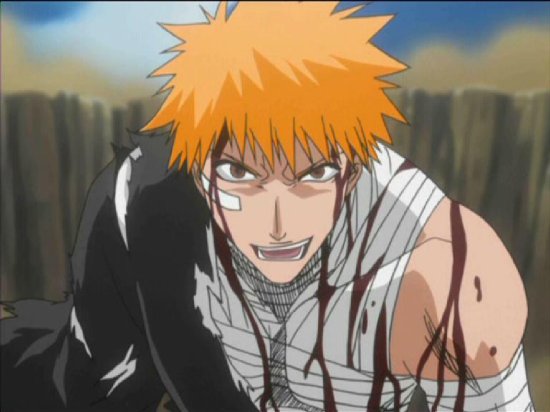 It was an epic conclusion, but an epic conclusion to a tedious and filler stretched two seasons worth of episodes nonetheless. Knowing that this final set of discs waits may make watching the other eight discs a little easier, but it won't improve the quality of those episodes any. The Rescue Rukia arc could and would have been better served by a runtime of half the length. Adapting a literary source to the screen usually means screening out extraneous plot lines and focusing on the central thrust of the story. I fear that Bleach was just a little too faithful to the manga. I sincerely hope that the next arc of Bleach avoids the tedious structure of the one just gone. Bleach surprises me, and gets good for the end of Season 3. Let's hope it can carry that momentum through to Season 4.