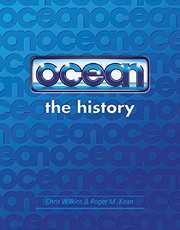 Article
Thirty Years of Pain out in June

Review for The History of Ocean Software 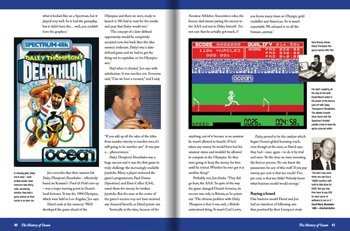 Chase HQ, Flash Point, Operation Wolf, Pang, Rainbow Islands, Robocop, all some of my favourite Spectrum games, and all released by Ocean Software. That’s not that many when compared to all of my favourites on that platform, but it’s only when I got this book that I realised that I bought a lot of Ocean games for the Speccy, and subsequently the Amiga over the years, a lot more than I realised. After Imagine went bust in 1984, Ocean bought the Imagine name, and released several games on that label including more favourites like Mikie, Target Renegade, WEC Le Mans, and Yie Ar Kung Fu, something I only realised when I read the book. I always thought the two labels represented separate companies. Subsequently, when Ocean launched their Hit Squad budget label, I bought a whole lot of re-releases picked up from other labels, defunct or having just sold the licences to Ocean. There is a list of games in the back of the book that Ocean were directly responsible for, some 178 titles released over the years. I bought 65 of them. That’s close to 37% of their catalogue, and I played even more on my friends' computers. Given that I tended to go for games that placed 8/10 or higher in review magazines, that is a significant hit rate for the publisher. That kind of statistic deserves more insight.

Ocean the History, by Chris Wilkins & Roger M. Kean and published by Future Retro Books was born of a kickstarter impetus to publish the definitive history of the company, as told by the key players. The softcover 264-page book begins with a foreword by company founder David Ward, devotes some 90 pages to the history of the company as related by many of the key players, there are around 150 pages of interviews with former employees talking about their time at the company, and there are tributes to some notable names that have passed. Of course the prose is punctuated by photographs, screenshots of favourite games, and some glorious artwork. 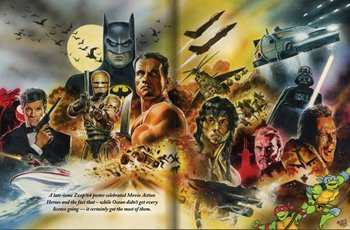 If you want to know all about the Ocean games back catalogue, and how those games came about, this isn’t the book for you. This book is about the personalities behind the company, it’s about the people who worked there, and how the company developed from that little mail order affair called Spectrum Games, into this national video game success story (albeit global minnow) that got subsumed into Infogrames and then vanished in the end. If there are comments about the games, tales of midnight coding and last minute tape replication, then they are incidental to the story that is being told, anecdotal asides that colour the story, rather than integral to it. Not that the games are missed out, after all, Ocean was a games producer.

The book is written well, barring the odd typo, and is fairly easy to read. However, it is a book about the inner workings of a video game publisher. Dallas this isn’t, there was no equivalent of the Barnes/Ewing feud to spice the story up, and there were points in the book that got a little too technical for me, when it came to business speak, or the finer points of game design. Not everyone knows what a multiplexing sprite is. There were the odd sentences that my eyes just skipped over, expecting that it would all make sense by the end of the paragraph, or as was usually the case, didn’t really matter when it came down to it. 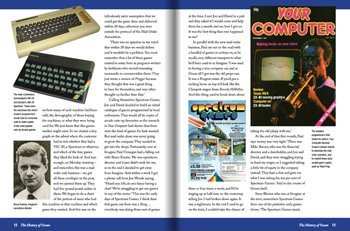 The book’s biggest problem is one of repetition. After the main story of the company, there are dozens of contributions from former Ocean employees, and in essence they all tell variations of the same story, the working environment at Ocean, the way the company was organised, the ‘work hard, play hard’ ethos. With only the odd anecdote to liven things up, it gets repetitive really quickly. It’s beyond the remit of the book to tell more than the Ocean story from the Ocean perspective, but by its nature, it is a very one sided tale. I’d have loved to have seen some outside opinion of Ocean at the time, maybe from fans, but certainly from rival software houses. What did the people at places like Ultimate, Rainbird, Gremlin, US Gold and the like think of Ocean?

Ocean The History was an exercise in nostalgia for me. I have fond memories of the 8-bit period of gaming, and this book certainly lifted the veil, showed me the other side of the tapes that I used to spend hours loading. But nostalgia is something to be savoured maybe once or twice, not a place to dwell. If your interest is in Ocean the company, then this book is for you. If you’re more interested in the games, then this book won’t tick all your boxes. Either way, I doubt that it’s a book that will be revisited on many occasions.