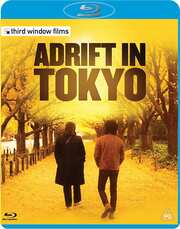 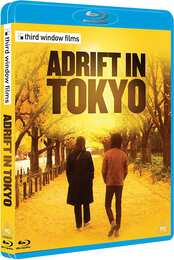 Blu-ray
The Story of Yonosuke

Review for Adrift In Tokyo

This is the last of the Miki Satoshi comedies thus far released by Third Window Films that I wanted to be released on Blu-ray. That’s not a criticism of Adrift in Tokyo by the way, it’s just a comment on how much I adore Turtles are Surprisingly Fast Swimmers, and Instant Swamp. And quite frankly, if this is the only film of the three to get the HD treatment, I’ll take it in a heartbeat. You have to recall the vagaries of licensing content from Japan, and just be thankful for what we can get. Hopefully, one day HD materials for Turtles and Instant Swamp will become available to Third Window Films, but expectations at this point would be misplaced, let alone any sense of entitlement. 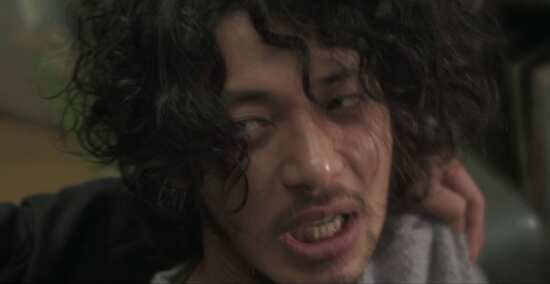 Eight years in college with nothing but an 840,000 yen debt to show for it isn’t the best of situations to be in for student Fumiya Takemura, especially when you have a debt collector stuffing his sweaty sock down your throat as an object lesson. Given a deadline to come up with the money, Fumiya begins to get desperate, and succumbs to temptation to commit a crime, which is when the debt collector, who has been following him, pounces. Only Ai-ichiro Fukuhara isn’t there to increase the pressure, he’s there with a proposition that will solve all of Fumiya’s problems. 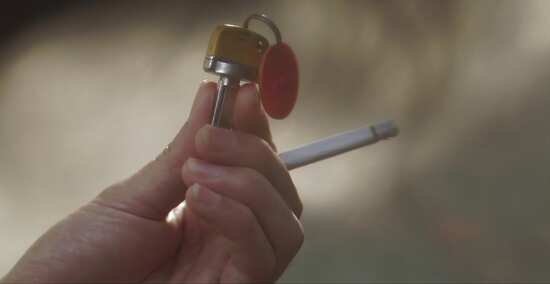 Ai-ichiro has a wad of a million yen, and all that Fumiya has to do to earn it is to accompany Ai-ichiro as they walk through Tokyo. Their destination is a police station in Kasumigaseki where Ai-ichiro wants to give himself up for a certain crime. The catch is that there’s no time limit, no set route, and whether it takes 3 days or a month, Fumiya will have to walk with him all the way. There isn’t a lot of choice for Fumiya, who thinks he can stomach being with the overbearing older man for as long as it takes, but as they explore the unexpected alleys and unique personalities of Tokyo, both men will find something that neither realises they have been missing. 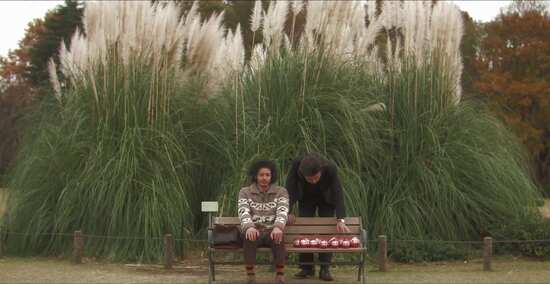 Adrift in Tokyo gets a 1.85:1 widescreen 1080p transfer, although eyeballing it, it looks closer to 1.90:1, with slightly thicker black bars top and bottom. The audio comes in DTS-HD MA 2.0 Stereo Japanese with optional English subtitles. The image quality is excellent, clear and sharp with rich colours, presenting the film’s impressive cinematography with great detail. Black levels are spot on too, bringing Tokyo’s nightlife across without issue. The audio didn’t feel as top-notch to me though, with the stereo sounding a little hollow at first (not helped by the main character narrating his thoughts), but it either ameliorated as the film progressed, or I simply got used to it. The subtitles are accurately timed and are free of typos. 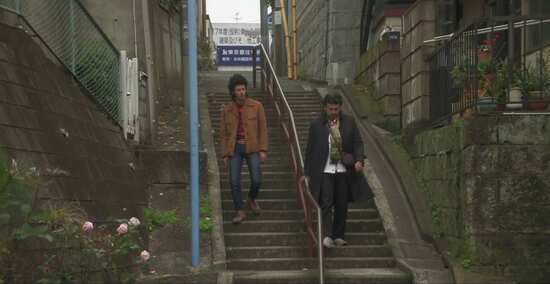 The Blu-ray format means more room for extra features, although a 70-minute making of documentary on the DVD wasn’t to be sniffed at in the first place. The Blu-ray boots to an animated menu, and the following extras are on the disc. 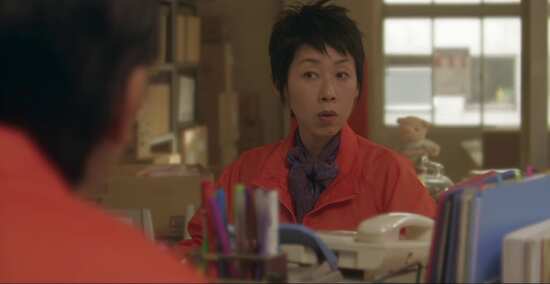 This is still objectively the best Satoshi Miki film I have seen, and given the esteem I hold Turtles and Instant Swamp in, that’s saying something. It has the same sense of absurd realism, that slight off-kilter view of things that requires you to tweak your own worldview to better appreciate it, but is all the more fulfilling when you do. Where Adrift in Tokyo excels is that it has a far stronger narrative flow to it, and a dramatic tension infused through it that really makes you empathise with the characters, care about their emotional arcs. Of the three films, it is very much the most mainstream audience friendly, without compromising any of those directorial quirks and style. 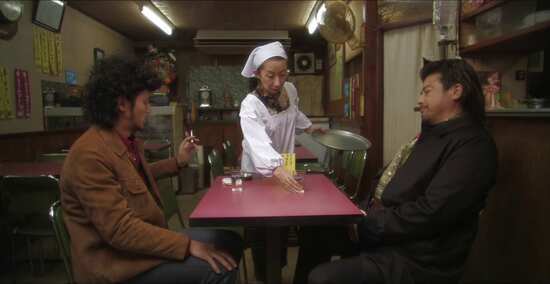 It’s a road movie, a languid, idyllic, gentle road movie, conducted at walking pace, but a road movie nonetheless. Two mismatched characters are thrown together, and slowly develop a respect and affection for each other, despite their initial misgivings. Fumiya is the debt ridden student, pressured into accompanying Ai-ichiro on his walk in exchange for cancelling his debt. Fumiya has no family, was abandoned by his parents and raised by a foster family with which he has no emotional connection. 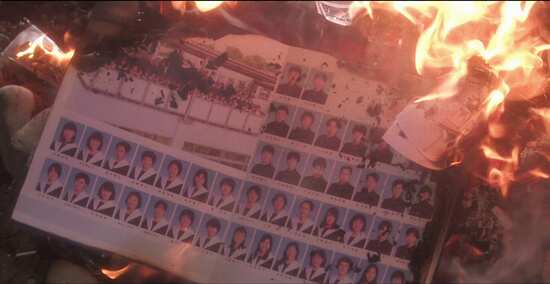 The older Ai-ichiro is the debt-collector who has a change of heart when his own personal circumstances change. He commits a crime which effectively ends his life, and he realises that he has to turn himself in. But he decides to savour his final moments as a free man, to once again indulge in the sort of aimless walks through Tokyo that he used to go on with his wife. Such an experience is best shared, so he makes the offer to Fumiya in order to have someone to accompany him. 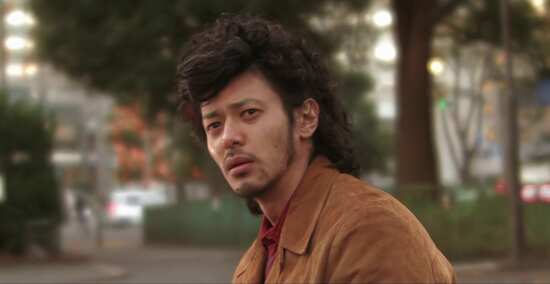 Of course the joy of the road movie is in the destination, which I’m not going to spoil at this point. But it’s all accomplished with that surreal outlook and skewed perspective that I’ve come to appreciate from the two other Satoshi Miki films I have seen so far. Every scene is a highlight, every encounter a charming oddity, from Fumiya’s only attempt at larceny to service his debt (he steals a bag full of dolls and a broken tengu nose), to the cosplay club, the guitar man and the kung-fu watchmaker. In between, we have asides to the supermarket co-workers of Ai-ichiro’s wife, who in between wondering about their colleague’s absence, have time to figure out how to smell the tops of their own heads, and get to be extras in a movie. It’s delightful absurdity after delightful absurdity. 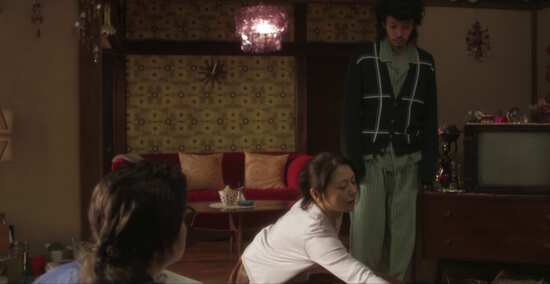 Adrift in Tokyo is so strong because of its narrative and character arcs though. The journeys that Ai-ichiro and Fumiya go through are very compelling, and ultimately uplifting and moving. What’s more is that with Ai-ichiro’s crime hanging over him, there’s a dramatic tension hanging over the film, a slight sense of impending tragedy and loss, that has you truly feeling for the characters at the conclusion of the film. I wound up wishing that they could have just kept on walking forever. That coupled with the amazing cinematography in the film, the Tokyo cityscapes, the seasonal locations, and the amazing composition of the scenes, all serve to make this film much greater than the sum of its parts. 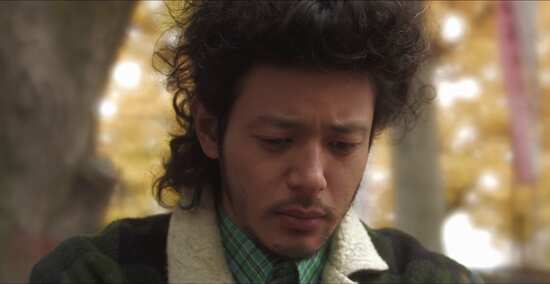