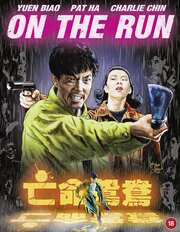 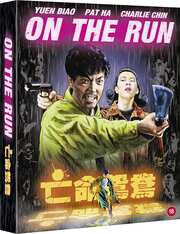 Review for On The Run - DELUXE COLLECTOR'S EDITION

It’s been a long time since I went for a release day blind buy, but I put the money down well in advance for On the Run, despite never having heard of the film before, let alone having seen it. The reason is a simple one though, Yuen Biao. I’ve long appreciated the movies of the Three Dragons, Jackie Chan, Sammo Hung and Yuen Biao, films like Project A, Dragons Forever, and Wheels on Meals. Naturally that would lead to seeking out the films that these actors led separately, and while there are plenty of Jackie Chan movies out there, and we’ve had several Sammo Hung movies released in the West, Yuen Biao led movies aren’t quite as common. I can only think of three offhand that I have seen, Dreadnaught, Knockabout, and Iceman Cometh. The last couple of years have seen companies like Eureka and 88 Films concentrate on Sammo Hung’s back catalogue, after devoting more than a few years to Jackie Chan titles on BD. 2022, finally looks to be Yuen Biao’s year. Iceman Cometh is getting a Blu-ray later on, while Eureka have released Dreadnaught and Knockabout in a double pack. I have no idea what On the Run will be like, but given the lavish treatment 88 Films have given it in this Collector’s Edition, I’m hoping for good things. 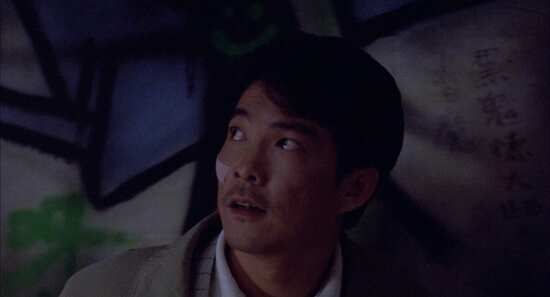 When his estranged wife is assassinated, CID cop Hsiang Ming is determined to get the one responsible. But his wife was a vice cop, and it turns out that her department is rife with corruption. The only one that he can trust is the assassin that murdered his wife, and it may be that she’s the only chance that he has to keep his family and himself alive. 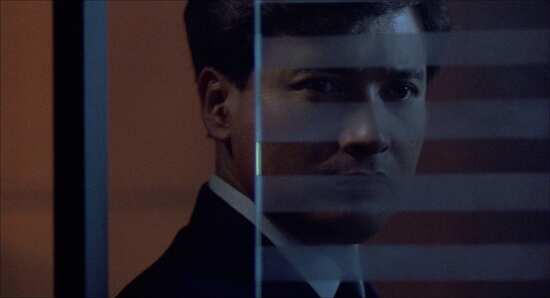 On the Run gets a 2k restoration for this 1.85:1 widescreen 1080p presentation, with a PCM 2.0 Mono Cantonese soundtrack with optional English subtitles. The image is clear and sharp, although this noir is mostly set in darker hours, with a whole lot of neon lighting the scenes. There is no sign of print damage or age, and the film looks as crisp as the day it was released. The audio does what it needs to bring across the story, with a music score that reminds me of Kenji Kawai at times. The dialogue is clear, and the subtitles are accurately timed, although I did notice one obvious subtitle blooper at the start. They are eating at a Thai restaurant (it’s on the sign outside), but later the subtitles describe it as a Vietnamese place. The audio is clear, without distortion or thinness, and the action comes across well. 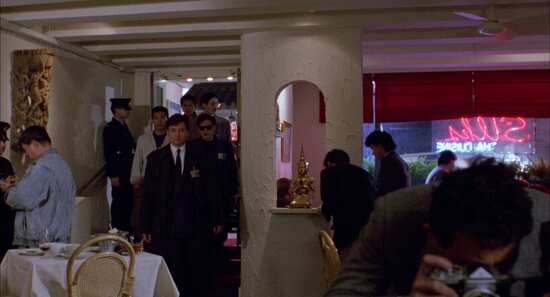 On the Run’s Collector’s edition comes in a rigid artbox. 88 Films could take a leaf from the books of anime distributors when it comes to their packaging, as they print the blurb on the back of the box, and put barcodes and age ratings on it as well. That could have been consigned to a loose blurb sheet behind the cellophane wrap, leaving the box for pristine artwork alone. 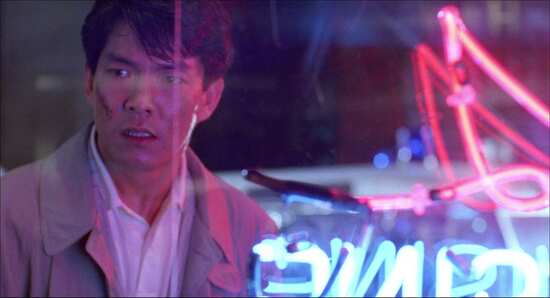 The disc comes in an Amaray style case with a reversible sleeve. Also in this case are six postcards featuring stills from the film. On the disc you’ll find the following extras. 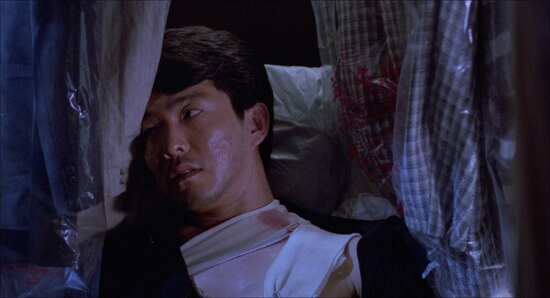 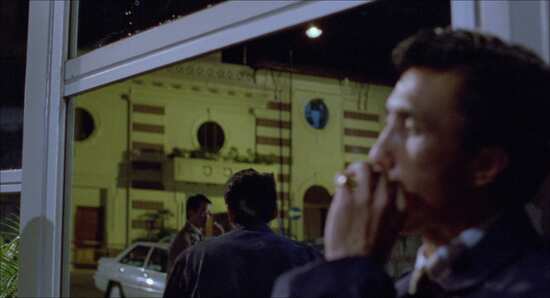 Also in the rigid case is a reversible foldout poster repeating both of the cover arts.

Finally there is an eighty-page softcover booklet which offers writing on the film, and text interviews with the director Alfred Cheung, and actor Patricia Ha (although the roles are erroneously reversed in the contents page). There are plenty of stills from the film and imagery as well.

Wow! That got real dark, real fast. If you’re here looking for some kung-fu action from Yuen Biao, this is the wrong place. On the Run gives him the chance to flex his acting muscles, and it makes for a really effective and edgy film noir. It’s a midnight descent into tragedy and violence that just refuses to let up, and there’s no room for the kind of humour that you’ll more commonly see in Yuen Biao’s kung fu movies. On the Run is a thrill ride from beginning to end, and has all the tell-tales of a cult classic. 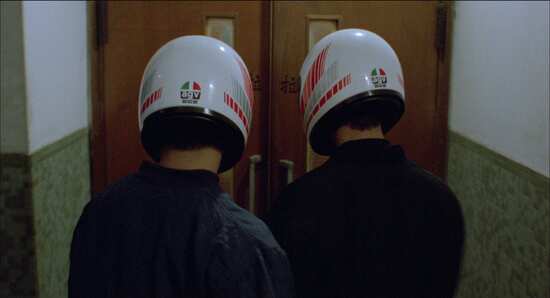 You can see in the extras, and in the book just why and how this film starts from such a dark and nihilistic place, with nineteen eighties Hong Kong coming to terms with the fact that the territory would be handed over to China in 1997. That triggered a mass emigration, and that’s reflected at the start of the film, with both protagonists and antagonists motivated by a need to get out of the territory. At the start of the film, Hsiang Ming is trying to ride his estranged wife’s coattails to Canada before she is murdered. 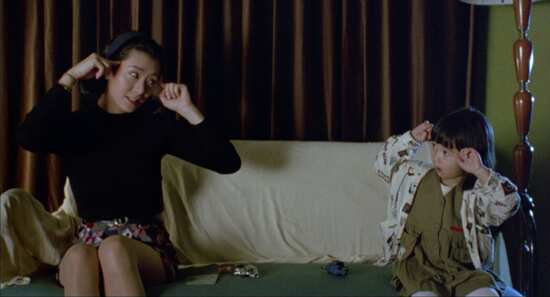 At the crime scene, he encounters her boss, Lu, the man she was having an affair with, and it makes for a frosty relationship to begin with. It only gets worse when it becomes apparent that the whole department is somehow implicated in his wife’s death. There is a rush to kill the assassins, and it turns out that the woman that killed his wife might just be Hsiang’s best chance. 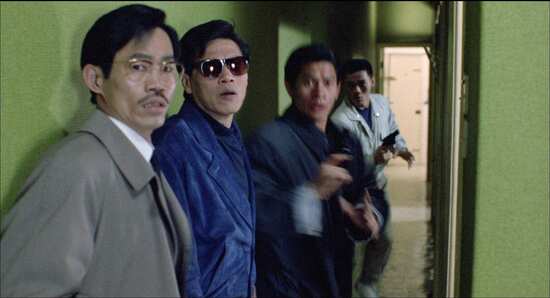 At first it’s a chance to get the evidence to take down the villains, but they are too powerful in the department. It then becomes a fight to protect his family, and then a search for vengeance, and all along the way, Hsiang gets closer to his wife’s killer, sharing common cause in a fight for survival. 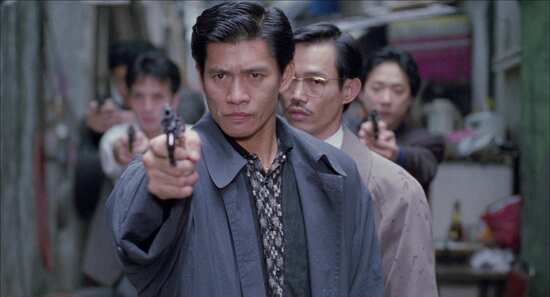 It really is a descent into darkness in On the Run, made all the more effective by the production design and overall visual aesthetic of the film. There are some story choices that you would never see in a Hollywood production and it is as refreshing as it is shocking. In fact this film only puts a foot wrong once, and that’s at the end credits. If you’ve seen Police Story, then you’ll know that Hong Kong culture at the time had a problem with even the good guys getting away with crime, no matter how justified they are. That prompted a reshoot for Police Story, with Jackie Chan’s character being escorted away in handcuffs after his rampage at the end of the film. In On the Run, as the end credits roll, a caption appears, assuring us that the protagonists (who proverbially rode off into the sunset at the end) were caught escaping, and are now serving lengthy prison sentences. It should come as no surprise, given the way that China has changed the ending of the most recent Minions film, but it’s a jarring intervention that messes with the film. At the very least, 88 Films could have offered a subtitle option that didn’t translate that final caption. 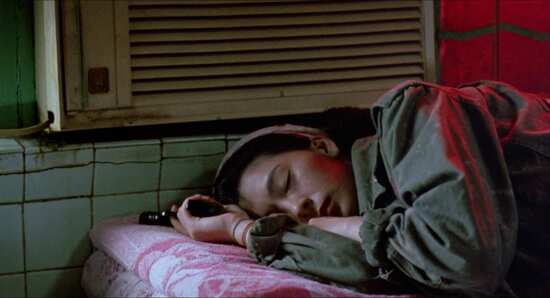 On the Run is certainly not the kind of Yuen Biao movie I was expecting, although in this instance it’s a really good thing. It’s the kind of hard-boiled film noir that is more about narrative and character, revealing a side of Yuen Biao’s talents that we rarely see. It’s dark and unrelenting in a good way, and it’s definitely a film I want to revisit. 88 Films have given a comparatively obscure film the premium treatment, and it’s well worth a place in your collections.