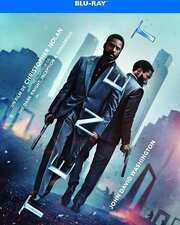 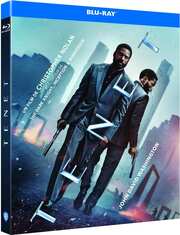 So, this pandemic shows up, and puts everyone’s life on pause. The average year would offer hundreds of blockbusters to partake of in the cinema, but 2020 was like a desert of closed multiplexes, hastily implemented straight to streaming options, and a dearth of big name content, with most of the anticipated titles pushed back for months, if not years. Tenet was one movie that would come out that year, suffering fewer delays than most, taking advantage of an oasis of activity between the original and Alpha variants. I started off looking forward to Tenet, another mind-bending sci-fi from the man behind Interstellar, the Dark Knight Trilogy, Inception and Memento, Chris Nolan. He’s a rare mainstream auteur, bringing an independent sensibility to big budget studio cinema, and I expected more of the same from Tenet. But then it came out, and the first reviews started coming in, and my ardour cooled. In the end, of the 2020 output, while I was there front and centre for day one purchases of Bill and Ted, and WW84, I determined that I would wait until Tenet hit a bargain bucket. 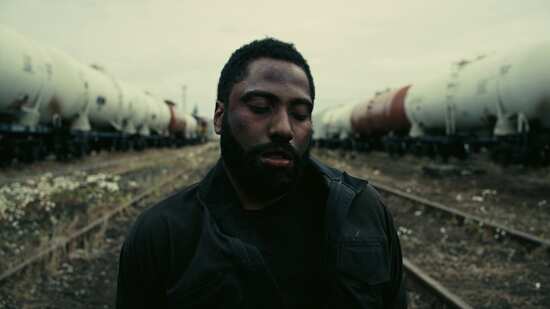 That didn’t take too long in the end, barely a year before it was under £5 for the UK Blu-ray. I saw that, and paid twice the price to import the French release. The BBFC took their size 14 DMs through the film and stomped on anything that annoyed their fashionable sensibilities so that the distributor could hit their desired 12 rating. You’ll have to avoid the UK release on all three formats if you want 9 seconds of extra misogyny. 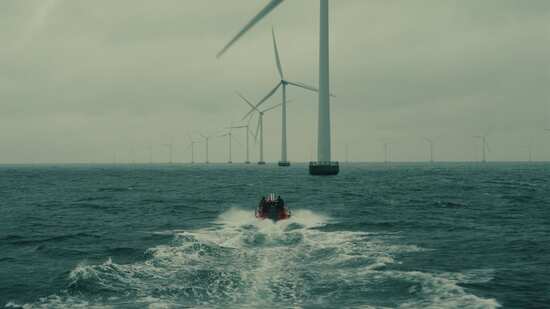 The Protagonist, an intelligence agent got a first glimpse of a strange new world during a hostage crisis in a Ukraine opera house; a cover for something much more nefarious. But that was just the first step in his recruitment into a new agency called Tenet, and given a mission to save the world from a cold war about to grow hot. But this isn’t a war between nation and ideologies; this is a war against the future itself.

Tenet comes with one of those variable aspect ratio transfers courtesy of IMAX presentation. It shifts between 2.20:1 and 1.78:1 widescreen 1080p, although it wasn’t long before I stopped noticing the switches between ratios. Audio comes in DTS-HD MA 5.1 Surround English and French, and DD 5.1 Surround English Audio Descriptive, Italian, Hindi and Tamil with subtitles in English, French, Italian, Dutch, Danish, Finnish, Norwegian, and Swedish. The image is clear and sharp, colours are good, and detail levels are excellent. Contrast too has no issues with it, which is all understandable, given Christopher Nolan’s predilection for traditional film, instead of shooting digitally. Although he isn’t averse to digital colour grading, making Tenet look like most other modern movies in that regard. As for the audio, it seems Nolan has something against dialogue, as in he doesn’t want anyone to hear it. The surround track is powerful and immersive, with the sound design approaching oppressive qualities at times with the LFE overcooked during some action sequences. But the dialogue is buried under all this, with the film presented in ‘mumblevision’. I suppose it ensures that you will watch Tenet twice, the second time with the subtitles on.

This French release has two discs in a thin, BD Amaray style eco-case, with holes cut in the plastic. Thankfully there is an o-card slipcover to keep more of the dust out. The discs boot to a briefly animated menu before fading to black.

The extras are on disc 2 and comprise... 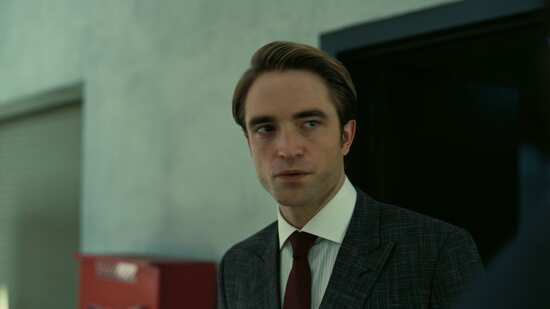 At one point, Christopher Nolan was in line to direct one of the Daniel Craig Bond movies. That never happened in the end, but Tenet might be seen as what we missed, a Christopher Nolan spy movie. It seems we dodged a bullet, as Tenet is not very good, certainly not the kind of movie we’ve come to expect from such a successful and thoughtful filmmaker. There’s always a Maguffin in spy movies, a threat to world order that must be defeated. Here, the Protagonist (would it have hurt so much to give him a name, why be so pretentious?) has to stop the Camshaft of Time from falling into the wrong hands. It’s as simple an aim as in any Bond movie, but the gimmick adds complexity to the narrative, and winds up muddying the issue in the end. 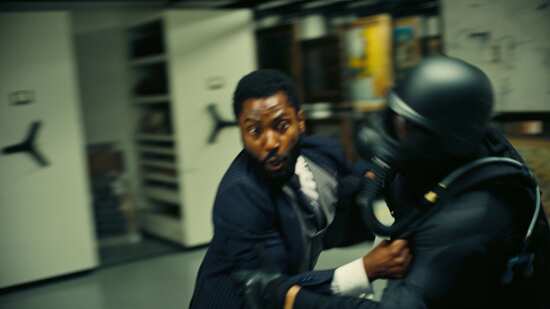 For Tenet, Nolan creates the concept of ‘reverse entropy’, something which reverses an object, or person’s flow of time, and he builds a whole rule-book around the concept which defines how the story works. It’s a cool sci-fi concept, and it’s hardly new. Watching Tenet, I was reminded of all those other instances on TV and in film where I had seen these things before. Alas, I was also reminded of how it was done better. The whole Backwards gimmick was famously done in Red Dwarf, but in terms of cinema, it was recently done to splendid effect in Dr. Strange. You can look to Doctor Who for a relationship between two people living in opposite time-streams, in the Doctor and River Song. A conflict between present and future, with future tech changing the past was explored in Looper. And when it comes to storytelling, in playing with fractured narratives and altering perceptions of time, Christopher Nolan himself did it so much better in Memento.

I must admit that I’ve spoiled myself with just how much sci-fi cinema I have seen, how often I’ve seen time played with on screen. I’ve avoided spoilers, and went into the film completely fresh, but I still managed to get at least half of the twists and surprises before they were revealed, enough that I was actually disappointed by the end. And knowing the tricks left me with a sinking feeling, as I realised that Nolan has invested all in the gimmick this time, and left character on the drawing board. There’s nothing to any of the characters, they’re so thin and ephemeral, not helped with all of the incomprehensible dialogue. Kenneth Branagh is like a firecracker in the dullness of twilight, but he’s recycling his clichéd psychopathic Russian from Jack Ryan: Shadow Recruit.

Thin characters, an unimpressive story, all that’s left is the gimmick, and other than some visual flourishes, Nolan loses control of it, especially by the film’s climax, which feels like an incomprehensible and muddy mess. Don’t give your audience headaches trying to figure out what you’re saying. Also, if you’re doing a time travel movie, it needs to be either completely airtight when it comes to the plot, or the story has to be good enough, the audiences invested enough to not care about any plot holes. Tenet has its plot holes, and at least one stinking large paradox. Do yourself a favour and watch Beyond the Infinite Two Minutes instead.