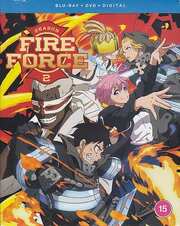 They did it to me again! When Manga released Season 1 of Fire Force, they left eight months between releases, which meant that by the time Part 2 had come around, I had completely forgotten what had happened in Part 1, or even what the show was about. It’s been nine months since then, more than enough time for the company to morph into Funimation, and shuck off all vestiges of its past. And it’s enough time once more for me to have forgotten all about Fire Force. Now that Season 2 has kicked off on UK home video, I’m a blank slate once more... either that or I should accept that this show just isn’t memorable enough. 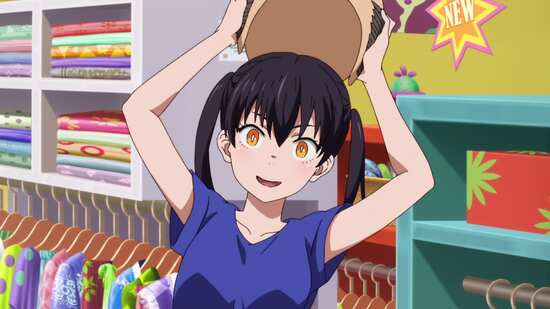 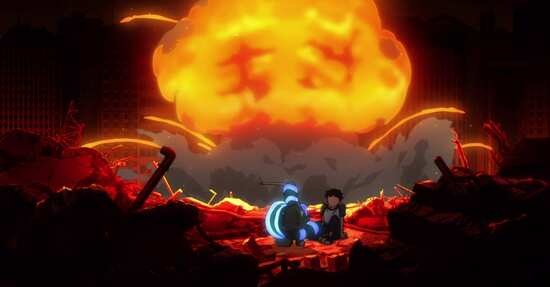 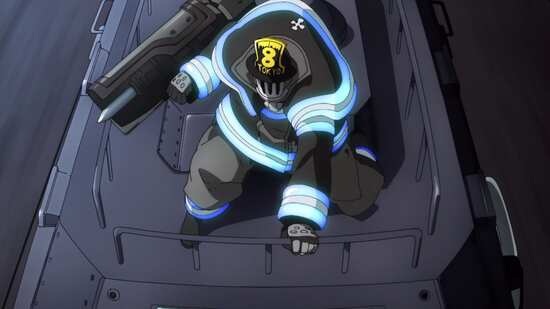 However, this spontaneous human combustion may not be truly spontaneous. There are 8 Fire Companies set up to investigate the source of this phenomenon and put an end to it, but they tend to work in secrecy and often at cross purposes. The newest Company 8 has been set up to see if one or more of the companies knows more than its telling, whether there is actually a conspiracy behind the appearance of the Infernals. This suits Shinra, as he also wants to know the truth behind his tragic past, a fire that claimed the life of his mother and his baby brother. Only at the end of Season 1, Shinra learned that nothing was as he believed it to be. 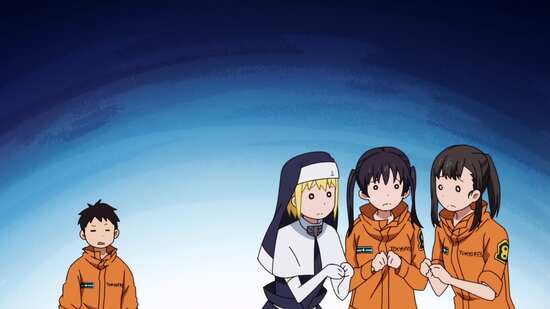 Disc 1
1. A Fire Soldier’s Fight
2. Flames of Madness
3. A New Flashpoint
4. Groping Through the Fire
5. Corna (Sign of the Devil)/A Secret Plan
6. The Time to Choose 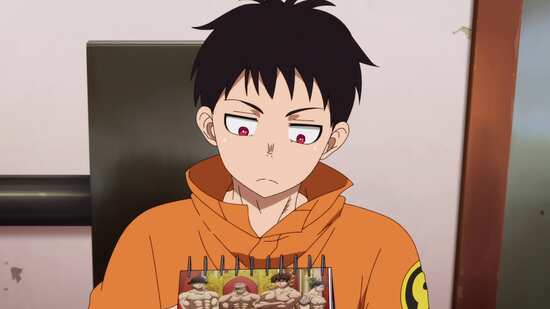 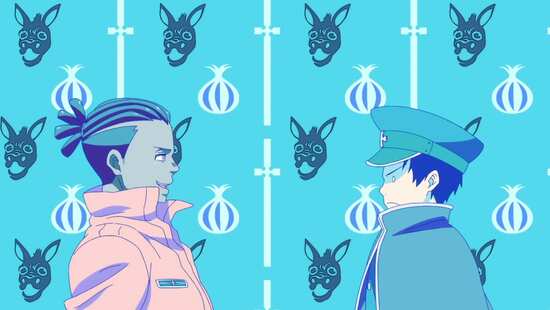 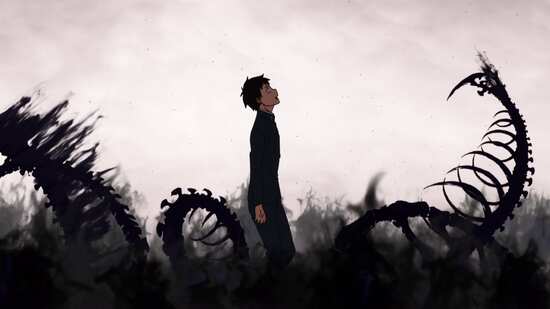 You get four discs on two centrally hinged panels in a BD Amaray. There is some nice sleeve art inside to look at, while the outer art is replicated on an o-card slipcover. You get a digital copy with the release, and the discs present their content with animated menus. 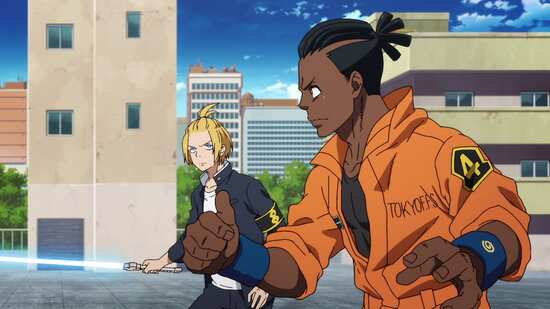 BD Disc 1 autoplays with a trailer for Demon Slayer Part 2. 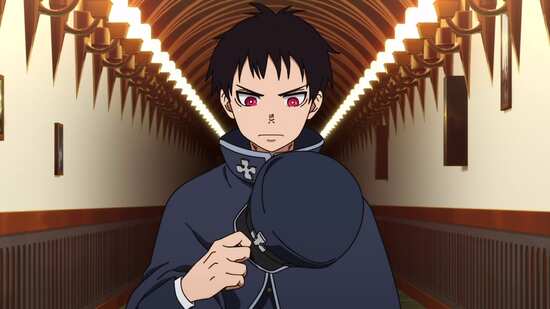 Two guys walk into a church, one with an eyepatch, and the other with the weirdest heterochromia you’ve ever seen. And I had no idea what was going on. That’s what happens when you have a nine month gap between releases. On the bright side, the final (to date) part of Fire Force is scheduled for release before the end of this year, so hopefully I’ll have more of the characters and storyline in mind by the time I get around to watching it. On the other hand, all of this absent-mindedness regarding Fire Force could really just be an indicator of how bland and unmemorable the series really is. When I compare it to Atsushi Ohkubo’s other notable work, Soul Eater, Fire Force really just isn’t in the same league, recycling some themes shared between the two, but with characters that just aren’t a patch on Soul Eater’s, and a story that feels comparatively humdrum. 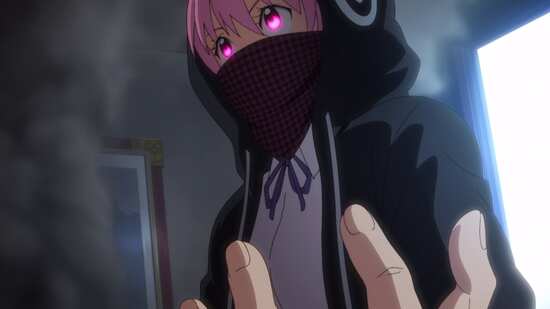 The end of the first season came with some world-changing revelations, at least as far as Shinra is concerned, along with some seriously daft levelling up of powers. This second season rolls back from that a bit, stating that those FTL rocket feet of Shinra can only occur under specific circumstances, circumstances that are unlikely to arise in his day to day hero-ing, but it’s not a rash assumption to say that he still has it in his proverbial back pocket, and it won’t be too much of a shock to see him shatter the laws of physics once more before this collection of episodes conclude. 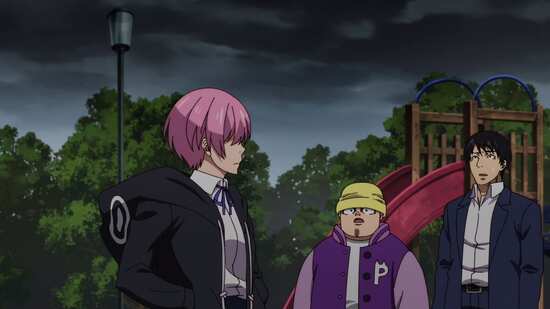 We’re eased back into the show with the first episode effectively reintroducing the staff of the 8th Company in a disposable tale about the Fire Force Nude Calendar, with new recruits expected to take part. What they don’t know is that this is a male calendar, and it’s Shinra and Arthur who’ll be getting their kit off. There’s also the competition with the other Fire Force companies as to whose pictures are most popular. 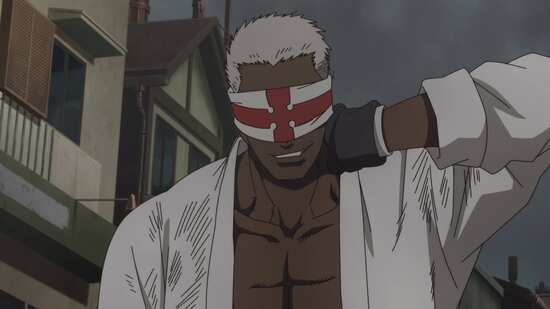 Then it’s back to the main story, and it feels like being thrown into the deep end once more, with my personal nine month gap in continuity, a whole lot of jargon, and a bunch of loose plot threads that I have trouble picking up again. We’re talking Adolla Bursts, Adolla Links, Pillars, The Evangelist, Infernals and Demons. I’m floundering already, and this is just the first story arc. Basically The Evangelist is trying to engineer another Great Cataclysm (think Third Impact), and for that he needs eight special people with Adolla powers when it comes to fire. These Eight Pillars, of which Shinra is one have yet to be all found, and this first arc concerns a girl named Inca, a thief that can predict where fire will spread, and who uses that ability to blackmail people into handing over their valuables in exchange for saving them from the fire. 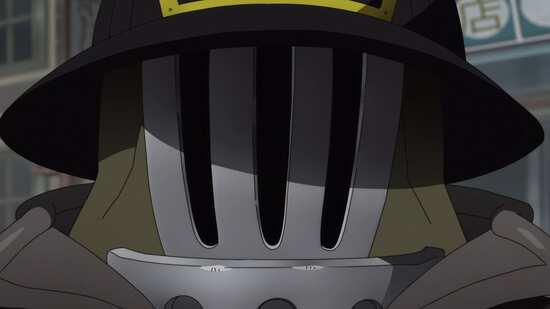 The Evangelist wants to use her powers for his own gain, while the Fire Force want to keep her safe; it turns into a battle in the midst of a conflagration between the Evangelist’s minions and the Fire Force. The only problem is that Inca is a thrill-seeker. This comprises the first half of this collection, and is pretty engrossing, unfolding with a one-episode-more compulsion. 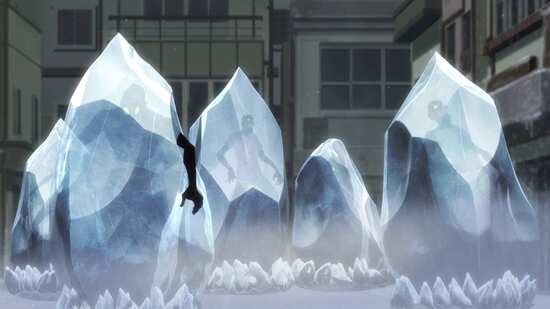 The next four episode arc follows on from this, with Shinra and a few others sent overseas, to the Chinese Peninsula to investigate a strange area. In this fire blasted world, there is a pristine forest surrounding a strange artefact, inhabited by talking animals. Only now, the Infernals have taken over, and driven the animals out. Shinra encounters a talking mole named Scop, and offers to help him reclaim his home. Only it turns out that the strange artefact known as the Tabernacle is a twin of Amaterasu, the monolith that provides Tokyo’s power. Investigating this monolith reveals some unsettling information that has negative connotations for the church in Tokyo, and the Scriptures that people now hold onto as a source of strength. 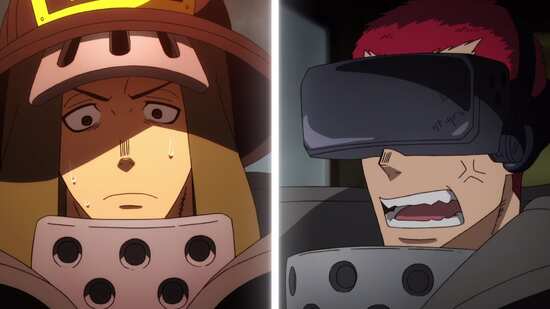 That leads to the final two episodes in this collection, where a couple of characters enter the church to uncover the truth, and walk into a whole heap of trouble. That would be Eyepatch guy and Heterochromia guy. Of course by this time I had forgotten that Joker had been introduced in an earlier collection of episodes, and had only a vague inkling that Benimaru was the Captain of Company 7, so I lacked the investment and connection that I really needed to appreciate the story at this point. 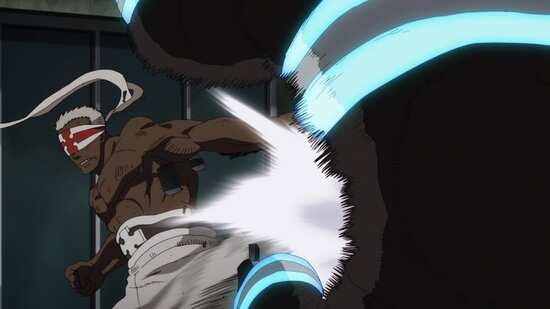 Fire Force Season 2 Part 1 annoys by switching up the formats for this release. Manga Entertainment had kept the DVDs and the Blu-rays separate for Season 1, but now we’re getting BD/DVD/Digital combos. I have every expectation that were I to watch Fire Force in a regular, episodic manner, I’d appreciate the story, get its nuances, stay on top of the jargon, and get the appropriate thrill at each new revelation. The release schedule has made that impossible for my first watch, although I’m engaged enough to want to see it through to the end. However, I don’t think any re-watch is going to help me engage with the characters any more, as they still feel rather thin and gimmicky at this point.