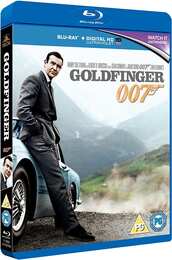 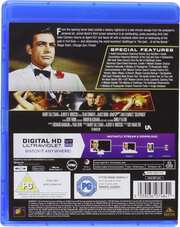 When I recently reviewed You Only Live Twice, I called it the dictionary definition of a James Bond movie, as it was the first one with the megalomaniacal super-villain enacting a doomsday plan from the safety of a secret lair. For years afterwards, Bond movies would try and ape that formula time and again. But while You Only Live Twice ‘perfected’ the formula, it was an earlier instalment that set that formula. The first two films were prototypical Bond movies, with Dr. No testing the waters, and From Russia With Love atypically more realistic when it came to its story. But then came Goldfinger... 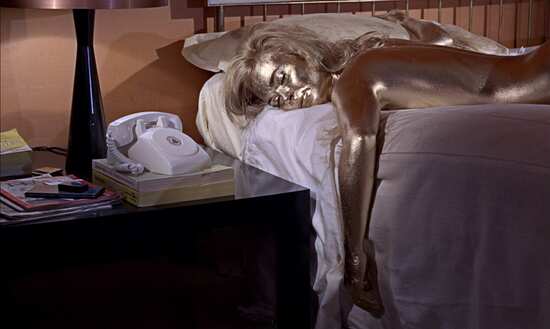 Recuperating from a mission in a Miami hotel, James Bond doesn’t have much time to rest, when Felix Leiter shows up with a new mission from M. Auric Goldfinger is currently a guest at the hotel, and Bond is to keep an eye on him. But Bond’s frivolous approach to the mission provokes Goldfinger, and a woman winds up dead, leaving Bond in the mood for a vendetta. 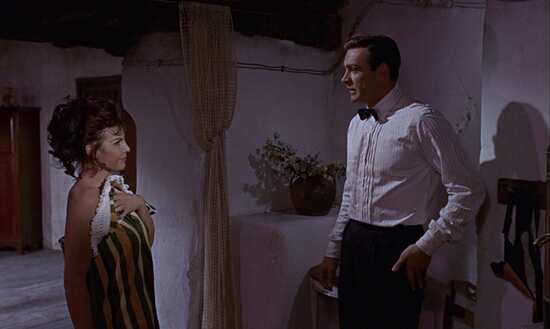 Back in London he learns the importance of the mission. Goldfinger has an avarice for the precious metal. While most government hold stocks of gold to back their currencies, Goldfinger has a significant amount of bullion, and he may be acting criminally in smuggling his gold around the world to maximise its value. But Goldfinger has far bigger plans than simple smuggling. He has eyes his on Fort Knox, the US gold repository. 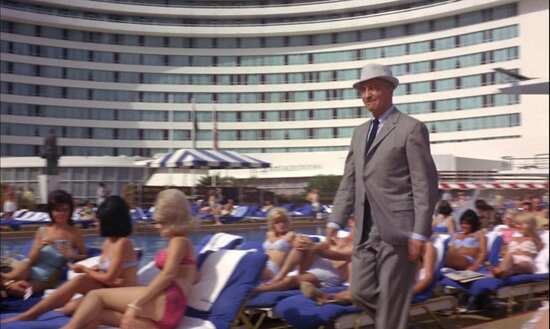 Goldfinger gets a 1.66:1 pillarboxed 1080p transfer on this disc, with the choice between DTS-HD MA 5.1 Surround English, and DTS 5.1 Surround German and French, and DD 5.1 Czech, with subtitles in these languages and Swedish, Norwegian, Finnish, Danish, and Dutch. Absolute purists with be importing the US release of Goldfinger, which has the original monaural English audio track as well. But the surround track on this disc is no egregious up-mix, making subtle use of the surrounds to open the film’s audio space up, without sounding egregiously, and obviously immersive. The image quality is really quite good, the best of the Connery Bond movies I’ve seen so far in HD. The restoration is sympathetic, offering a nice level of detail yet keeping the colour feeling naturalistic. Grain isn’t too obvious, but the movie still feels filmic and not too post-processed. 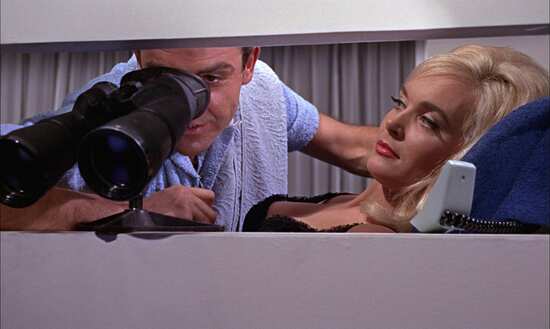 You get one disc in a BD Amaray case, along with a UV code. The disc boots to an animated menu. On the disc you’ll find the following extras.

Commentary by Director Guy Hamilton, and Commentary by Members of the Cast and Crew. Both are moderated patchwork commentaries. 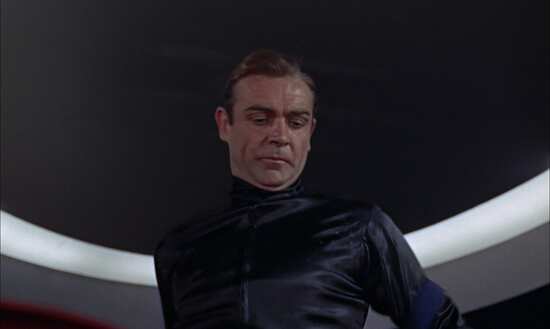 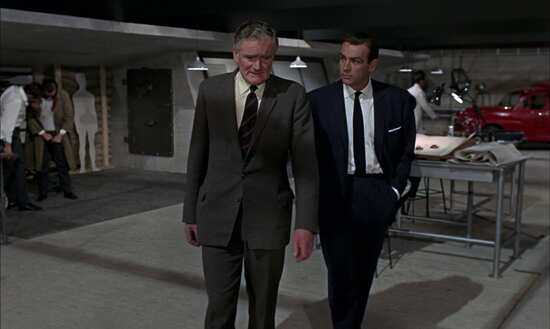 007 Mission Control is the usual chapter select glossary, with the added Exotic Locations featurette which runs to 3:15.

In Mission Dossier there are the following featurettes... 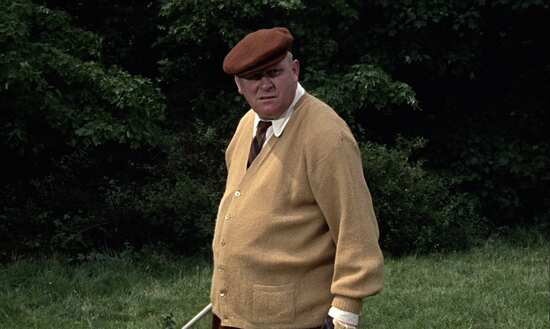 In Ministry of Propaganda, you’ll find the Theatrical Trailer, 3 TV Spots, and a whopping 34 Radio Spots.

There is an Image Database with 22 categories of image gallery. 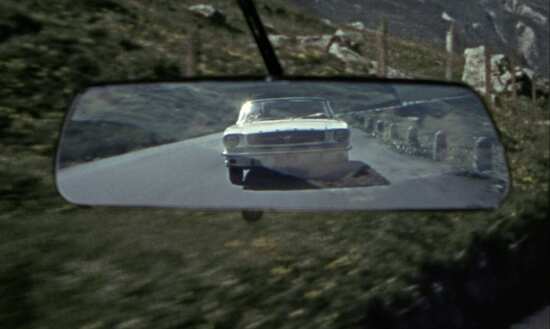 Right from the beginning, you can see the Bond formula coming together. You have the pre-credits sequence adventure, the little caper, unrelated to the main story, but giving us a preview of the kind of action, and the kind of ironic levity we should expect, with Bond completing a mission, getting the girl, and despatching a villain with a quip, all before the opening credits roll. And then there are those great credits, with clips of the film projected on the body of a gold-plated damsel, playing against the first epic, and maybe most iconic Bond theme, belted out by Shirley Bassey. 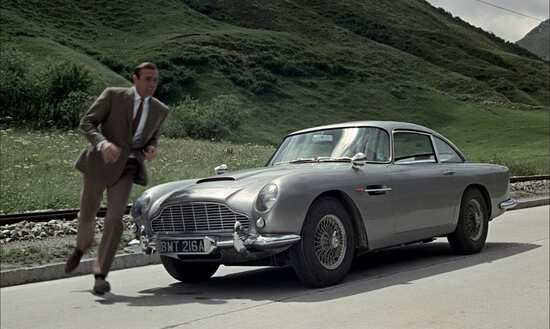 The plot moves away from the cold war brinksmanship of East and West, and away from the criminal organisation of SPECTRE, giving us a criminal mastermind, acting alone, with a pure greed motive. And Goldfinger is the first real, charismatic villain in a Bond movie, and we get the first memorable minion as well in Odd Job, the Korean manservant with the lethal headwear. Q gives us perhaps the most iconic gadget ever in a Bond movie, that tricked out Aston Martin DB5. There’s a death-trap that the protagonist has to use his wits to escape. The evil mastermind has a nuclear weapon at the heart of his plan, and then of course there’s Pussy Galore. You could call Goldfinger the quintessential Bond movie, and subsequent instalments would really only just tweak the formula. 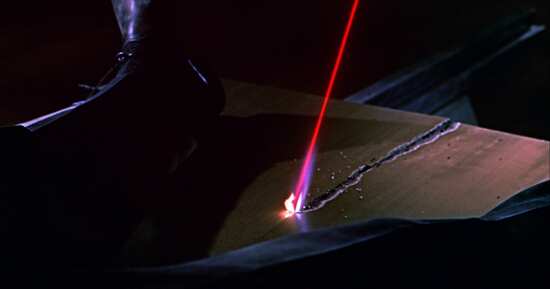 Goldfinger has really stood up well as an action adventure thriller, with colourful characters, and an engaging, if somewhat daft story. In this respect it sets a precedent which the subsequent Bonds followed, moving away from the slightly more serious spy-craft of From Russia With Love. But the blend of action, drama, and wry humour is spot on, with Connery’s more brutal Bond maintaining the sense of menace that the character deserves, as a government agent with a licence to kill. Admittedly the film hasn’t aged too well when it comes to its gender politics, with Bond “curing” Pussy Galore by sheer physical and charismatic force. But if you’re going to judge a 57 year old movie by modern cultural standards, you shouldn’t be watching Goldfinger to begin with (or if you’re a Beatles fan). 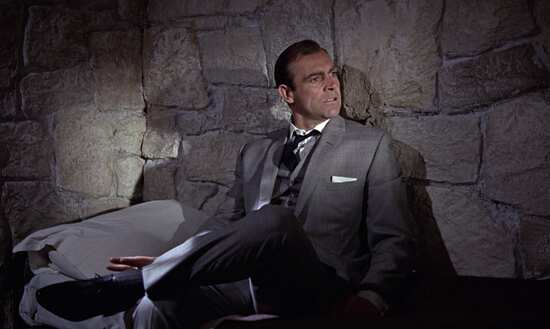 Goldfinger really balances its drama with its sense of fun to perfection in a way that no other Bond movie before or since managed. Gert Frobe presents Auric Goldfinger as something of a buffoon, but he’s quickly revealed to have a heartless steel core, especially with how he deals with the Masterson sisters. The image of Jill Masterson’s corpse, coated in gold is still one of the most iconic in Bond history. Goldfinger doesn’t have qualms about dispensing with his allies to save on money, let along kill his enemies, so Bond has to think fast to stay alive, especially when he’s in danger of being bisected by a laser. 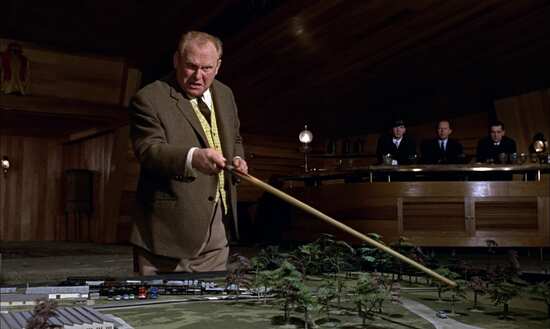 Yet the film always pushes its drama just too far, to the point where you can’t take it that seriously. If you think about Goldfinger’s plan, it really doesn’t work. It’s not like people wouldn’t be able to dig up more gold, or shift to another currency standard. When you add in that fantastic DB5, Odd Job’s lethal hat, Pussy Galore, and so on, Goldfinger keeps things light and frivolous, the levity even now making the film’s excesses forgivable. 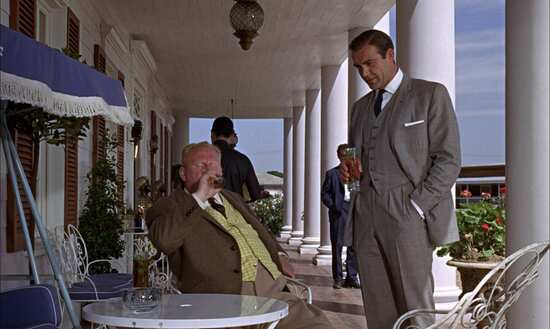 Goldfinger was the first, fun James Bond film. The first two films were still feeling their way towards a formula, and hadn’t quite figured out the balance between drama and humour. Goldfinger was fantastic, and it was thrilling at the same time, and that made it the perfect action adventure escapism to partake of in the cinema. It still works in just that way today, and the third Bond movie gets one of the better Blu-ray presentations for the series.