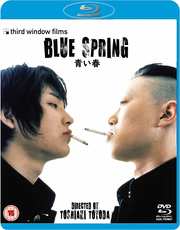 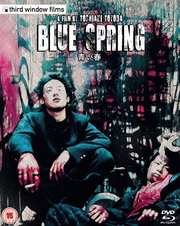 There is one thing I will ever be grateful for. It’s that I never had to go to school in Japan or South Korea. Of course I’ve only had entertainment to go on, but in the films and television I’ve watched, most Japanese high schools are practically war zones, where students run riot, violence is the norm, and nary a day goes by without someone being maimed. The gangs in Japanese schools make the gangs of Los Angeles look like contestants in It’s a Knockout. And if the school teachers aren’t brutally chastising the weak and powerless, they’re running for their lives, or are absent altogether. You can’t run an education system like that; I doubt they actually do, but it makes for great storytelling. The high school in Blue Spring may be the worst yet. This film about high school has a body count. It comes from director Toshiaki Toyoda, who directed one of my favourite films 9 Souls, which alongside Pornostar and Unchain was released in boxset form by Third Window Films. They are now releasing his 2001 film Blue Spring. 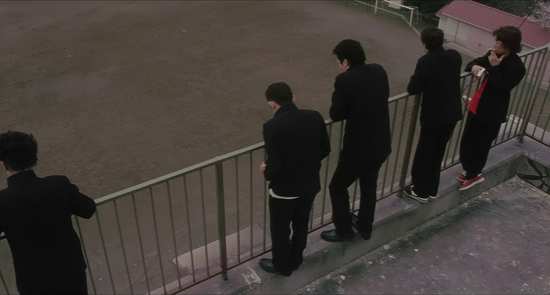 Growing up is hard, especially for the boys of Asa High School. The usual apathy in the face of dull education is spiced up only by the rivalry and hierarchy among the students. In this school, it’s a test of courage on the school roof that determines who is top dog, and as this film starts, it’s Kujo who’s taken top spot. But Kujo’s an odd one, an outsider even among his gang of outsiders, even if he has his long time friend Aoki supporting him. As he tries to figure out his future, he begins to change, and he’s not the only one. Pretty soon it’s only Kujo and Aoki at the top of the school, and when Kujo loses interest, Aoki’s left behind... 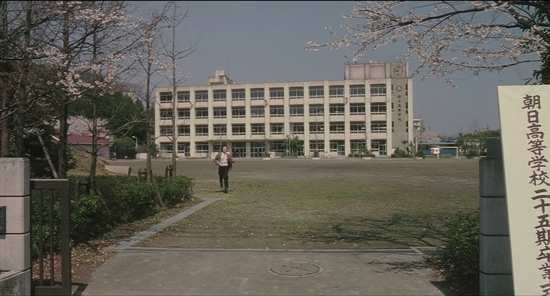 Blue Spring gets a 1.85:1 widescreen transfer, and at first glance, it reminded me of all those late 90s early 2000s films from Japan that I reviewed on DVD for the site years ago. I think there was certain kind of film stock used back then which wasn’t great for contrast, with blacks tending to grey, and with reds particularly muted, leaving films looking green tinted. Blue Spring is similarly lacking in contrast and muted in colour, but then I saw the level of detail on the transfer, the smooth progressive motion, and realised that the film has got an excellent HD presentation on this disc. The audio is in DTS-HD MA 2.0 Stereo form with optional English subtitles. The dialogue is clear, and the subtitles are accurately timed and free of typos. Once again a Toshiaki Toyoda film makes excellent use of popular music to support its story. The subtitles do tend to translate only the story specific dialogue and screen text, and I have to admit there were moments that I wished some of the other copious graffiti in the film was also translated. 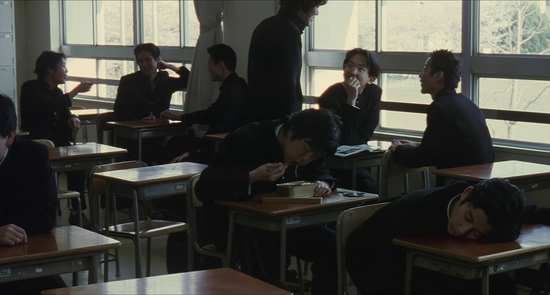 You get the trailer for the film, and more significantly a Making Of featurette which runs to 20:15. Both are in 720p resolution.

Also on the disc is the audio commentary from director Toshiaki Toyoda, which is well worth listening to. It isn’t in the extras menu though, rather the audio menu. 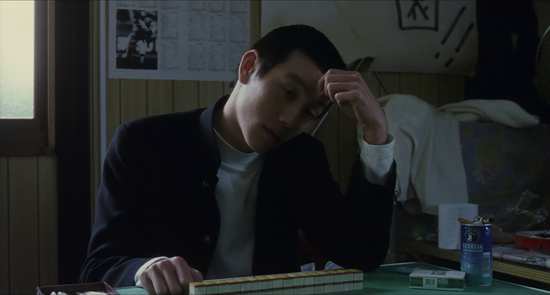 There are only so many ‘delinquents in a high school warzone’ movies that you can see before some limit is breached, and I think with Blue Spring, I’ve hit my limit. Either that or it caught me on the wrong day. Whichever it is, this is just a film that I couldn’t take seriously enough to get into. These films are really just ways to make Lord of the Flies without stranding a classroom of children on a desert island, the traumas of adolescence taken to extremes for dramatic effect. It’s also a rebellion against Japan’s results driven education system, regimented and fine-tuned to turn out the salarymen of tomorrow. 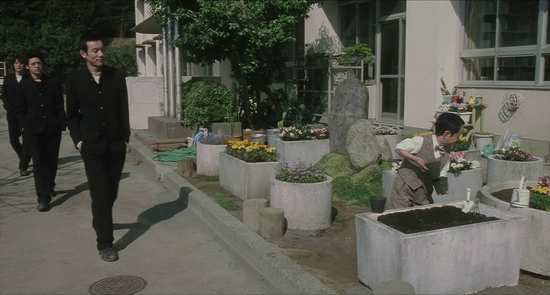 Blue Spring sees high school life through the eyes of its protagonist Kujo, a boy who’s just going through the motions at school, whether it’s in class or as part of the gang culture hierarchy. The strongest boy in school is determined on the edge of the school roof, holding onto the edge of the railing, letting go to clap and then grabbing it again. The one who can clap the most times in between letting go and grabbing it is the top dog. When Kujo does it, it’s as if he’s testing himself instead of challenging anyone else, and that attitude follows him through his life. He may be the top dog, but it’s the rest of his friends who ride high because of it, bully other kids and generally throw their weight around. That’s particularly true of his friend Aoki who is a born follower. 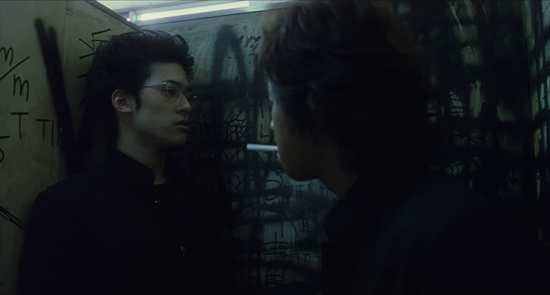 High school isn’t eternal though. Graduation looms and with it comes the need to decide a path in life. For Kujo, it’s talking to a kindly teacher over his gardening that makes him rethink his life. For one friend, it’s realising that a baseball career will never happen that causes him to quit school for a more certain future, while for another, the pressure of expectations is too much and he just snaps. With Kujo no longer invested in being the top dog, that leaves Aoki at a loose end, with a lack of certainty in his own life, and that brings the two friends into conflict. 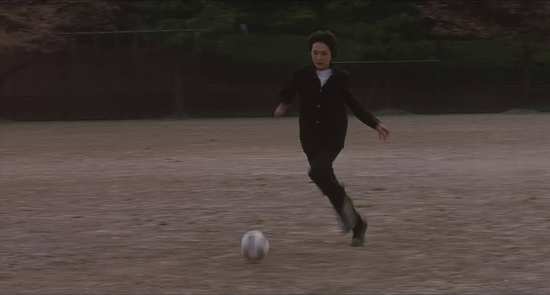 Grange Hill this isn’t. The clichés of Japanese high school delinquency are ubiquitous to the point of tedium. The rampant masculinity and out of control hormones were lampooned years ago in films and anime like Cromartie High School, but they still keep making them. Blue Spring is worth noting though, as back in 2001 it was a rare manga to live action adaptation, even though they’re commonplace today. And Toshiyaki Toyoda’s treatment of the material is singular enough to make the film worth watching. It’s pretty standard fare for the most part, high school bluster and extremes of violence, but it’s punctuated with moments of tender normality, reminders in the rundown, graffiti covered and vandalised school, that this is still a school, and these are kids. And as the film spirals towards its inevitably tragic conclusion, the violence and delinquency is amped up, enhanced by subtle visual effects to lead to a poetic and even lyrical climax. 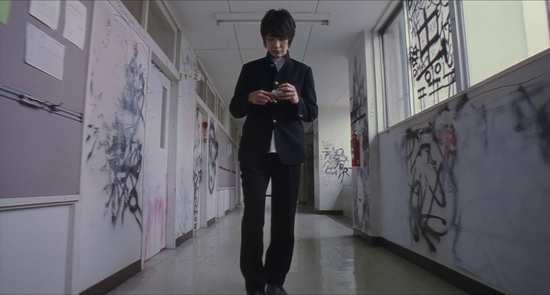